“Did You Know?” – On Sunday, Hungarian Voters’ Answer To The Quota Referendum Will Be Known

“Do you want the European Union to be able to order the mandatory settlement of non-Hungarian citizens in Hungary without Parliament’s consent?” sounds the question of the referendum on the EU’s mandatory migrant quota system. On the 2nd of October, Hungarians will vote on the future-determining question.

Prime Minister Viktor Orbán announced on Feb. 24 that the government would initiate a national referendum on the migrant quota. In May, Hungary’s Parliament approved calling a national referendum initiated by the government on the EU’s mandatory migrant quota scheme. The initiative was approved with 136 votes cast in favour by lawmakers of the ruling Fidesz and Christian Democratic parties, and the opposition Jobbik. Five independent lawmakers voted against. 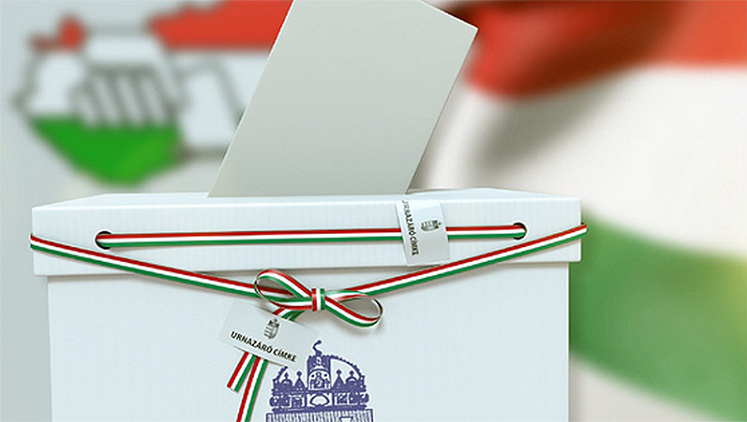 The official campaign for the referendum started on the 13th of August, fifty days’ prior to the vote being held, under provisions laid out in the law on electoral procedure. During this times the ruling Fidesz and Christian Democratic parties started a strong billboard-campaign all over the country. 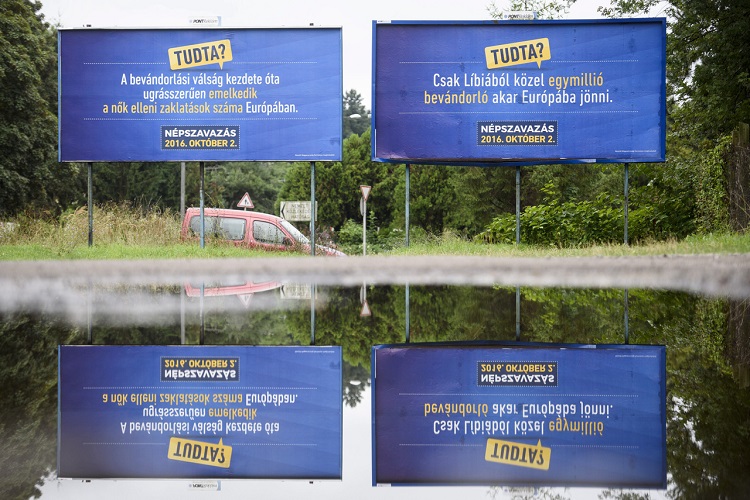 Then, the Hungarian government’s anti-immigration billboard campaign met with unexpected opposition after a joke party (Two-Tailed Dog Party) raised tens of millions of forints to dot the country with satirical messages making fun of the cabinet’s platform in what it calls an “anti-anti-immigration” campaign. The “opposite” joke party calls voters to ruin the referendum and vote in a void way, such as draw something on the voting-paper or take the “x” to both answer; “yes” and “no”, too.

Did you know? No – Stupid answer to a stupid question! Let’s vote invalid way!

In spite of the diverse attitudes of the opposite Hungarian parties and the public-opinion about the referendum, according to the survey of the Századvég Foundation some 72% of Hungarians are against the automatic distribution of asylum-seekers within European Union member states and 78% would vote ‘no’ at the Oct. 2 referendum. The Budapest-based think-tank conducted its survey between September 7 and 12. The representative survey based on interviewing more than two thousand adults by phone showed that only 3% of Hungarians would vote ‘yes’ at the upcoming referendum.

According to hvg.hu and the surveys of the Medián Public-opinion and Market Research Institute the referendum probably will not be valid. The results of the mentioned research show that, only the 42% of the Hungarian society going to take part in the vote. 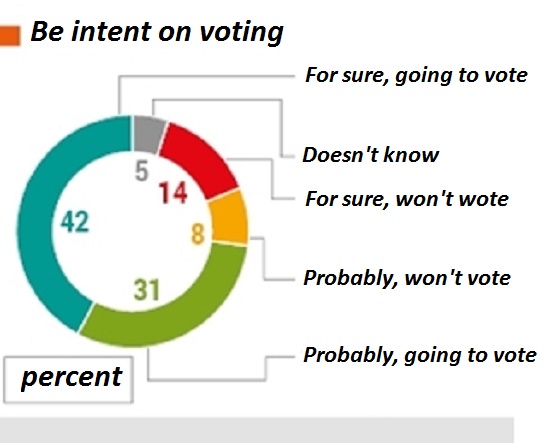 However, the participants are has got a clear vision about their answer that they will draw in the polling booth. Voters 83% are support the anti-migrant policy of the government and going to vote “no” to European Union’s migrant resettlement plans. 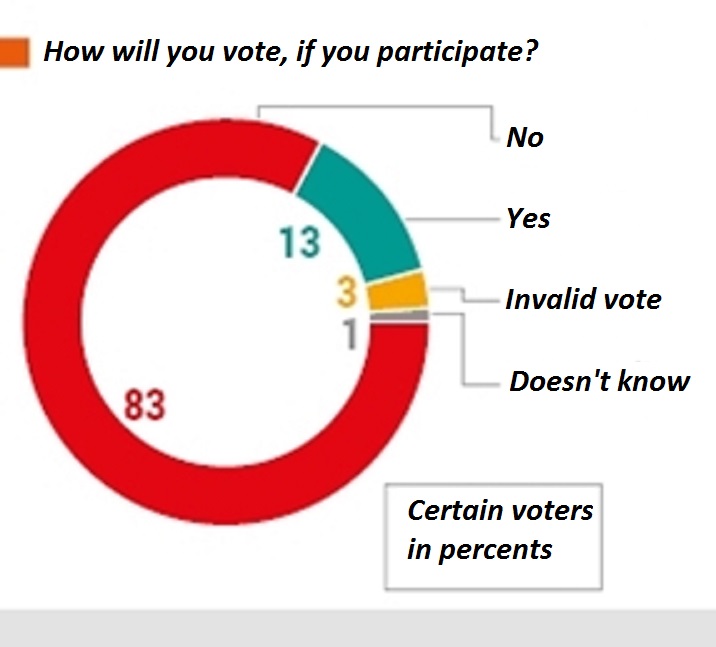 This weekend, on the 2nd of October, to Sunday night we will see the results of the referendum and the successes of the campaigns.