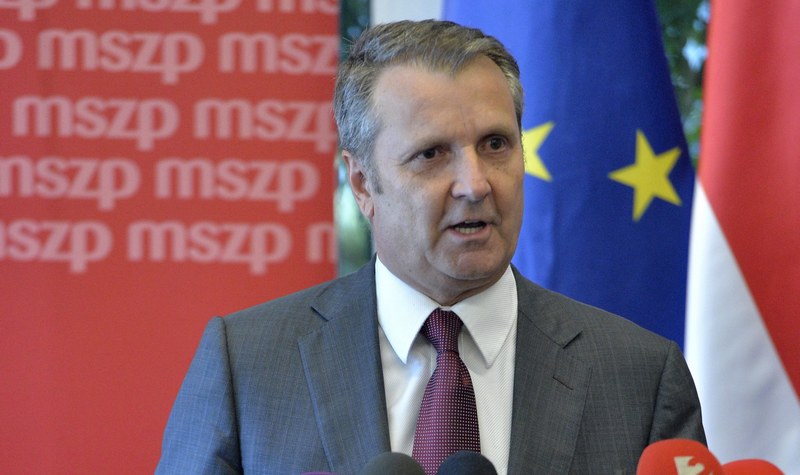 The Socialist Party’s vision for the “Hungarian Fourth Republic” will be at the heart of its campaign leading up to the general election in Spring 2018, said Gyula Molnár, leader of the opposition party.

The ‘fourth republic’ is a term used by opposition forces that call for a new republic of Hungary, based on the values of social justice, equality and self-determination, as well as the promotion of the rule of law and checks and balances.

Speaking at an event in Budapest to present the party’s programme, Molnár said the Socialists are ready to form alliances with forces that want change and put change as the top priority in their manifestos.

He also welcomed cooperation with the small liberal Párbeszéd (Dialogue) party. He said the party insists on fielding joint candidates in individual constituencies, drawing up a common national list and putting forward a joint candidate for prime minister.

Molnár told at the party’s national assembly that they would discuss how could be schools made into an area of free thinking, how to plough more money into healthcare, as well as how to ensure a free press, prosecution service and local councils independent of the central government.

Decide what role I should have in this cooperation; if you need me, I will come … and bring with me everything I know.

If we want to make Hungarian citizens believe that Hungary can be unified, then we must have a joint platform and joint candidates, a joint list and a joint candidate for prime minister.

Referring to the fence on the southern border, István Hiller, head of the national board of the Socialist Party, said that as long as people are afraid, the fence would remain.

He added that socialists will not give up their aim to make people feel safe so that there would be no need for a fence. Among their specific goals, Hiller mentioned that everyone should be financially secure, Hungarian wages should reach the EU average, and no one should earn less than monthly 100,000 forints (EUR 320) net. He said that a Socialist government would raise family benefits by 50% and health-care spending would reach the EU average after four years.

Hiller added that a Socialist government would make undergraduate courses free of charge and it would raise the value of scholarships by a third. He said that every university, including the Central European University funded by US billionaire George Soros, would operate freely, without government interference.

Ágnes Kunhalmi, the party’s head in Budapest, said it was “hugely disturbing” that ethnic Hungarian citizens had the right to cast their votes by post while hundreds of thousands of Hungarians, who have emigrated in recent years, often had to travel hours to an embassy where they could do so. She proposed that only a couple of parliamentary seats should be up for grabs for ethnic Hungarian citizens.