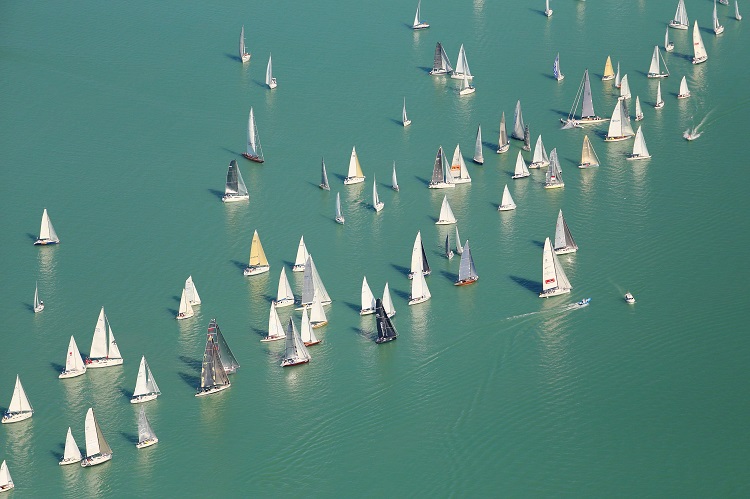 The 52nd Kékszalag Regatta, Europe’s oldest lake circumnavigation competition, is held this week at Lake Balaton. After the 9 am start on Thursday in Balatonfüred, the sailors have 48 hours to complete the journey back to the city.

Today, hundreds of sailors have taken to the waves of Lake Balaton at Balatonfüred to test themselves on one of the most popular sailing regattas of Europe, the Kékszalag (Blue Ribbon). This year, the organizers expected more than six hundred sailboats to take part in the competition to be the fastest around Lake Balaton.

The Kékszalag is the oldest lake circumnavigation competition of Europe, with the first race held back in 1934, originally once every two years (except in 1944 and 1946 because of the Second World War), and yearly since 2001. Since its start, the sailing course has remained more or less the same: the start and finish lines are situated at Balatonfüred and sailors complete an approximately 150 km long course around the lake.

Originally, the 52nd Kékszalag Regatta would have started in early July according to the original race calendar, but due to the epidemic, it was decided that the race season would begin only a month later. After the 9 am start on Thursday in Balatonfüred, the sailors have 48 hours to complete the journey of more than 150 kilometers on the Balatonfüred-Balatonkenese-Siófok-Keszthely-Balatonfüred route. The awards ceremony will be held on August 1st from 6 p.m. 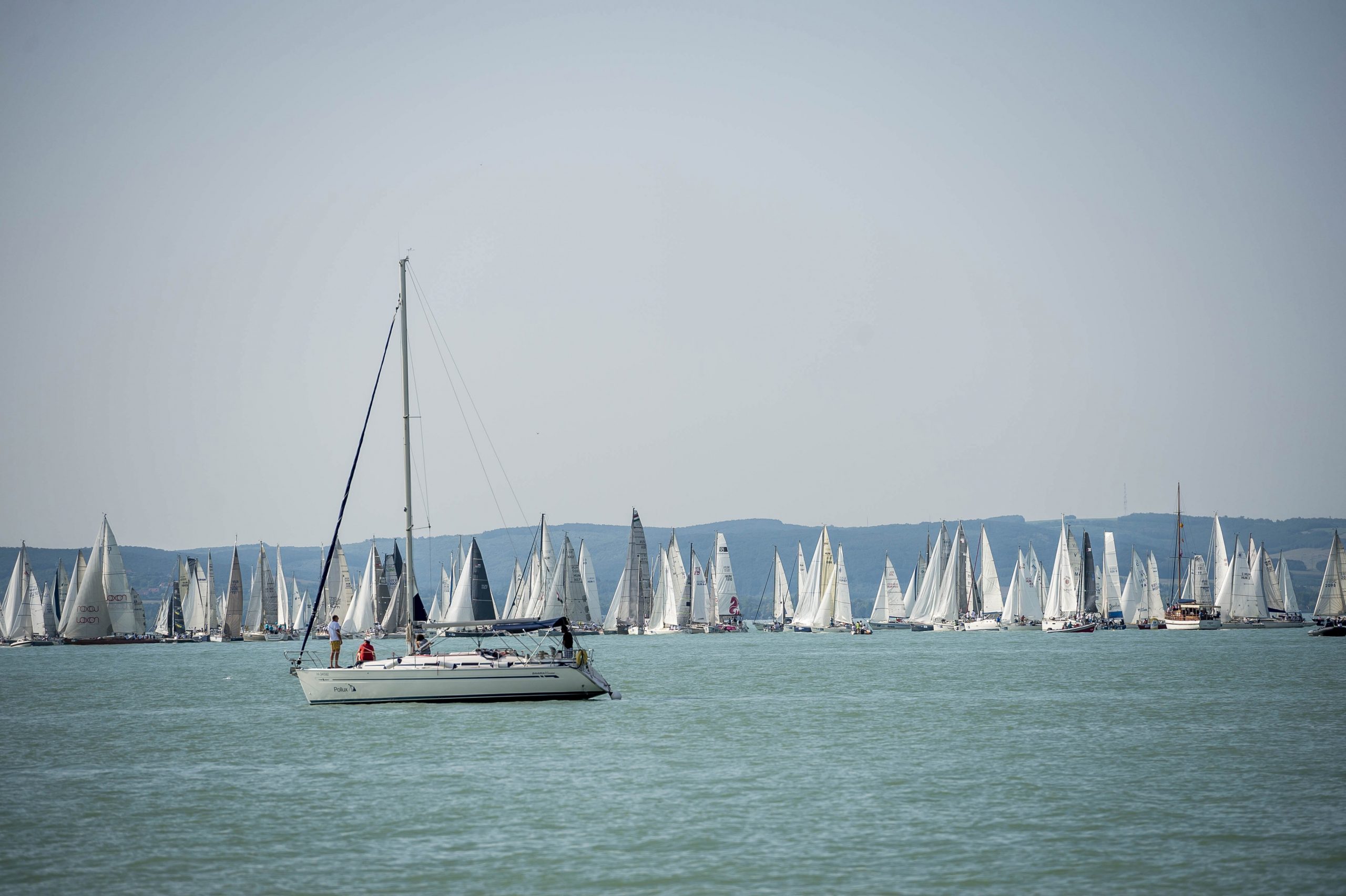 Lajos Kollár, President of the Hungarian Sailing Association (MVSZ), said that the sailing mood is great this year, as they could not hold races in the spring due to the coronavirus and the sailors cannot wait to compete and challenge themselves. He added that he hopes the number of entrants will also set a record: the highest number was in 2018, when 682 sailboats started the competition.

András Holczhauser, Secretary General of the MVSZ, emphasized that during the traditional Balaton circumnavigation competition, increased attention will be paid to epidemiological regulations as well. Competitors can only enter after hand disinfection and in a face mask, and their body temperature will also be measured. The secretary-general said 90 new ships had been registered in the system in the past two weeks, and the number of competitors was around 350 as of Wednesday morning. 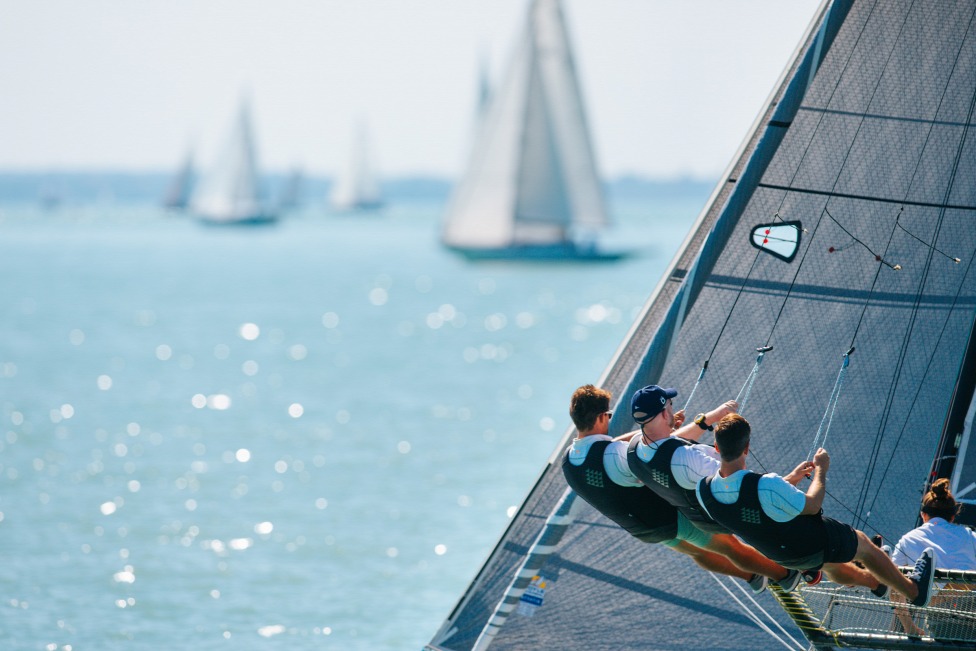 Last year, organizers said the sailors compete in thirty ship classes in the race. Among the participants, eleven crews completely consist of foreigners – there are six female navigators and there is a female-only team as well. 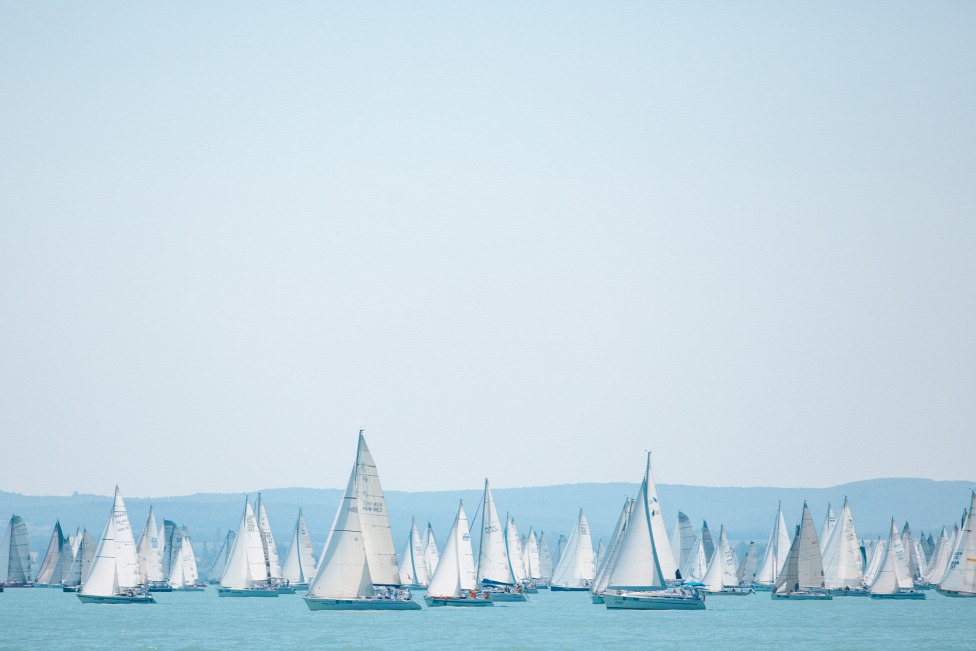 Defending champion Zoltán Petrányi, sailer of the ‘Racing Django,’ compared the Blue Ribbon, the award of the competition, to a “whimsical woman” because it’s hard to get and even harder to keep. He feels that this year, about ten teams have a chance to win the Kékszalag. Last year, in the extremely windless race, Petrányi circumnavigated Lake Balaton in 15 hours and 37 minutes. The record of the race is held by Márton Józsa, who reached the finish line in 2014 in 7 hours 13 minutes 57 seconds with ‘Fifty-Fifty,’ a two-masted, Hungarian-developed catamaran. Farkas Litkey won the competition the most — a total of thirteen — times. 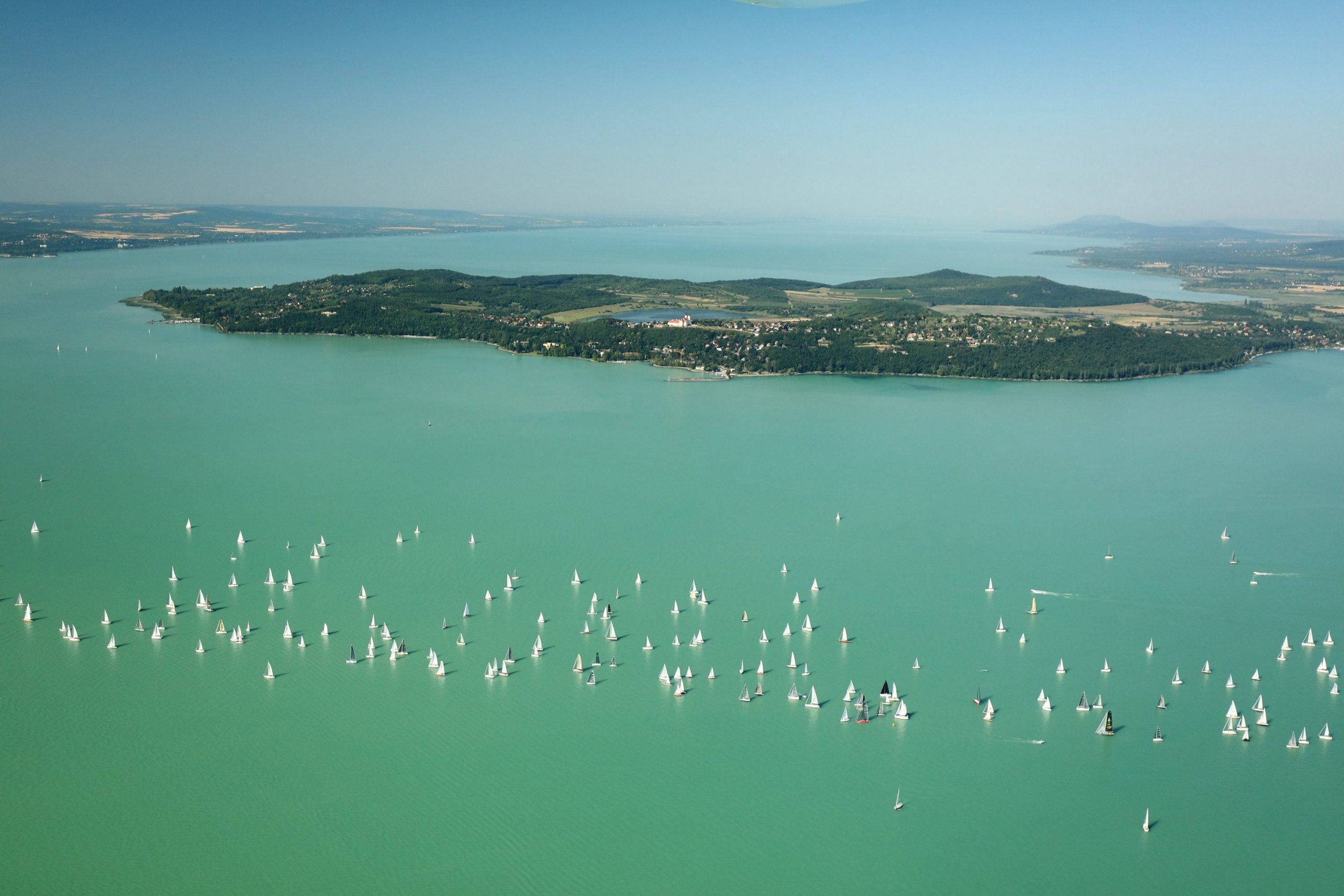 The Kékszalag also has a junior competition, the Kékpántlika, which started on Wednesday with 51 sailboats for the 13th time. 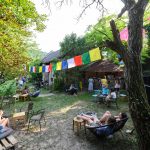