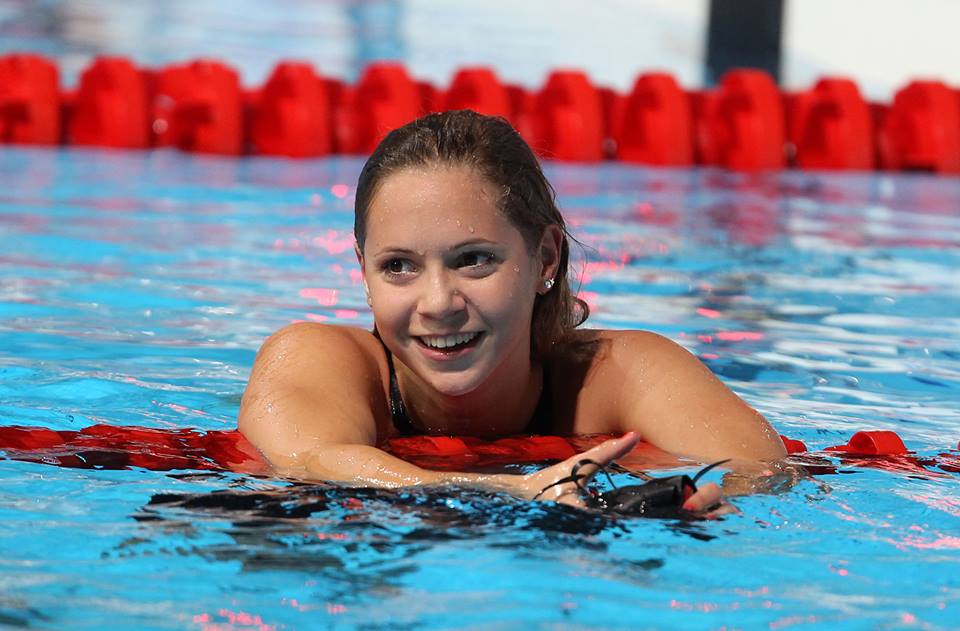 Crossing the finish line with a time of 15:47.09 on Tuesday, the Hungarian competitive swimmer improved her previous personal record of 16:02.58, set in Barcelona two years ago, by over fifteen seconds.

“I only strived to get below sixteen minutes to finally break my individual record, sixteen minutes was the threshold of my dreams and I was actually disinterested in the time when the lights shooting up on the starting block signalled that I’m third, an emotional Kapás said following the race, adding that she noticed nearing Danish swimmer Lotte Friis over the final two hundred metres. “I already saw that she’s very near during the final fifty – I didn’t feel anything by then, I just stuck my head in the water and swam, my whole body was aching, but I couldn’t care”, the European Championship gold medallist said.

The event was won by 18-year-old defending World Champion Katie Ledecky with a new world record of 15:25.48 – further improving her previous best set on Monday -, while Lauren Boyle of New Zealand finished in second place.