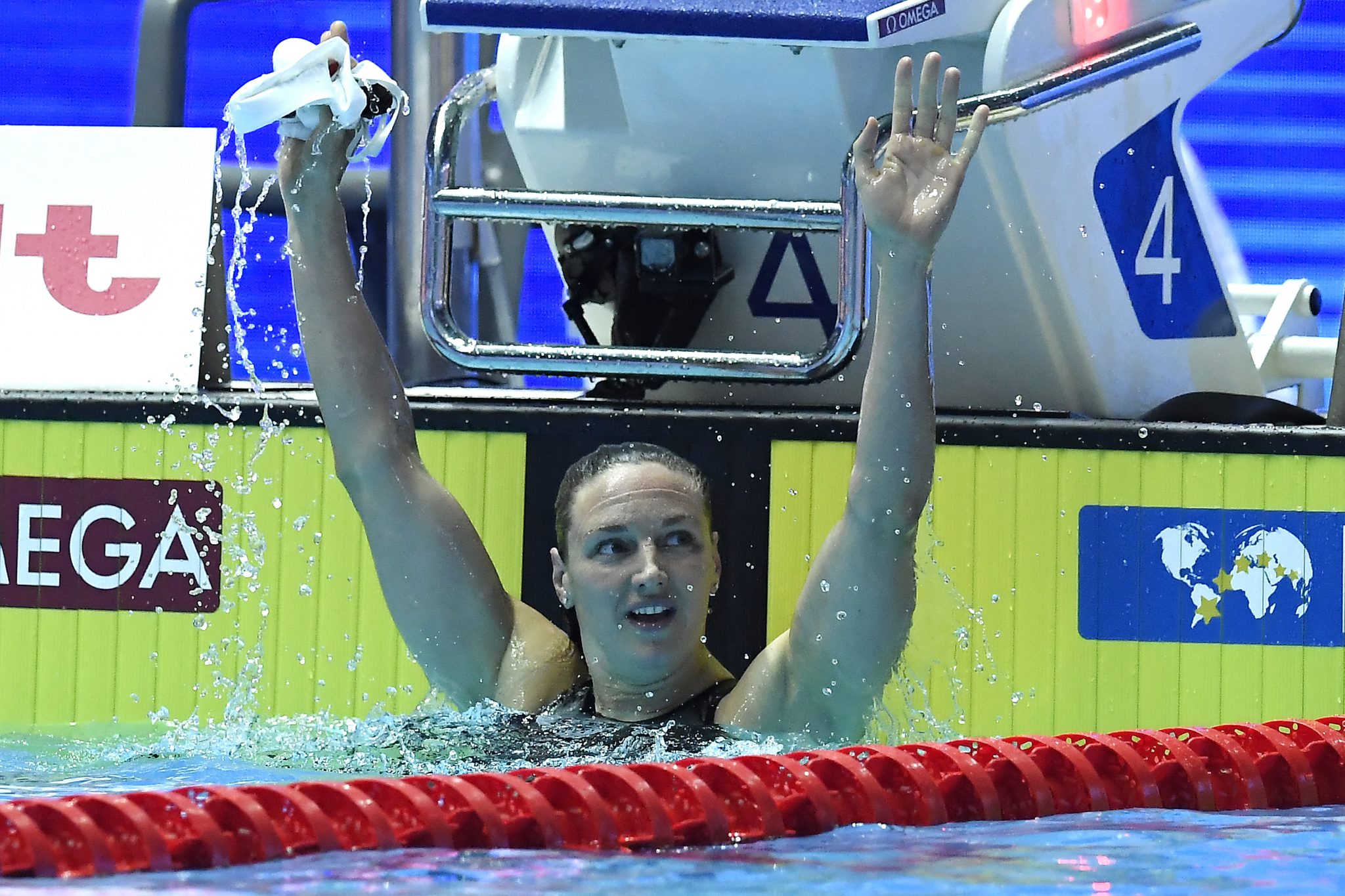 Three-time Olympic champion swimmer Katinka Hosszú announced yesterday that she had left her coach, Árpád Petrov, after her confidence had been shaken in him during the World Championships in Quangjiu this summer. Hosszú said that she will continue to prepare for the Tokyo Olympics alone, which will be held next summer.

The athlete, who won the Quangjiu World Championships both in the 200 and 400 meter medleys, said in a statement: “I felt he [Petrov] didn’t want the victory as much as I did.” Hosszú added that she tried to get over the feeling over the course of the last few months, but the problem remained, as during their work together, “it turned out that he could not rise up to the task. I expected more attention from him both professionally and personally, so there is no going back. In the run-up to the Olympic Games, I cannot bear the burden of carrying someone on my back again.”

Hosszú, who will travel to next week’s Glasgow European Short Track Championship without Petrov, has stated that she will be preparing herself for the 2020 Tokyo Summer Olympic Games, and her work will be supported by her teammates and staff at her club, Iron Swim. Her times will be measured by her colleagues, but she will be her own coach, taking all the responsibility for the preparation. According to Hosszú, she has been writing the training plan for herself for a long time, she is determined, and usually trains 8-10 hours a day.

I have decided to do Tokyo on my own, and put all my energy into preparing for the Olympics,

Petrov not only was Hosszú’s trainer, but also responsible for the professional management of her swim team, Team Iron, during the International Swimming League competition series, which debuted this year. Last summer, Hosszú introduced her new staff including Árpád Petrov, who worked as the Swiss federal captain before. Formerly, Hosszú’s husband, Shane Tusup coached her, but by the end of 2017, their relationship ended, which also resulted in the end of their professional relationship. A few months after introducing Petrov as her new coach, she said the joint work was going well, and they soon found a common voice.

Petrov responded to the announcement in a statement, praising the swimmer. He wrote he thinks of the months spent together helping the world’s best swimmer with gratitude:

The journey we had together was exciting and I learned a lot from Katinka. Humility, work, respect, and more.

He added that he was trying to help according to his abilities, “which resulted in six world champion and one European championship titles.” Looking back over the past 16 months, Petrov feels he has already received more from the swimming world than ever. He added that although the joint work ended with Hosszú, he will be the swimmer’s “biggest fan in Tokyo and after the Olympics as well. I wish all her dreams, both professional and private to come true.”