Katinka Hosszú, The Iron Lady Wins Four Gold Out Of Her Five Finals In Tokyo 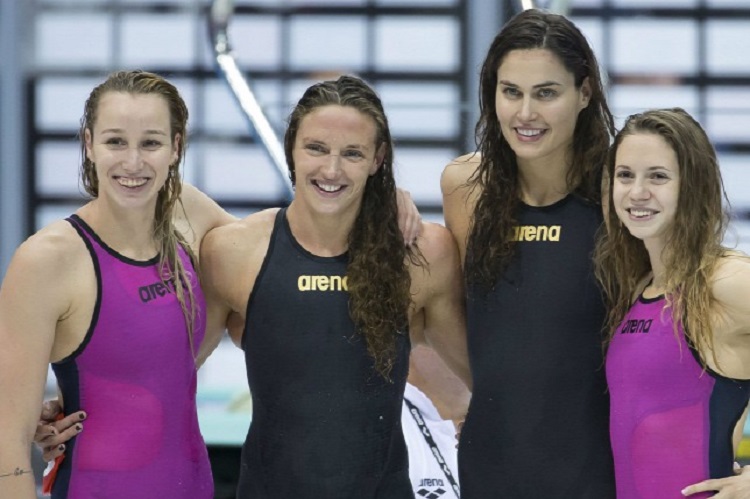 The next stop of the FINA/Airwave Swimming World Cup 2016 was the championship in Tokyo, Japan. Between the 25th and 26th of October, 2016 the Hungarian swimmers achieved impressive results in the water. Katinka Hosszu bagged four golds and a bronze from five finals as the Tokyo (JPN) leg of the FINA/airweave Swimming World Cup kicked off on Tuesday. She captured the golds of the women freestyle 200m with the time 1:53.34, women backstroke 50m with the time 26.23; women medley 200m in almost two minutes (2:04.56) and women backstroke 200m with the time 2:01.72. She finished her women butterfly 100m in 56.02 as a bronze medalist in Tokyo.

By the way, other Hungarian swimmers achieved nice results on the FINA World Cup in Tokyo. For example, Boglárka Kapás won the women freestyle 800m in 8:12.79 and captured he gold. Zsuzsanna Jakabos got the bronze medal on women freestyle 200m with the time 1:54.54. The only Hungarian of man swimmers Gergely Gyurta captured the silver on man medley 200m.

The following stop of the FINA/airweave Swimming World Cup will be in Hong Kong, China between the October 29-30, 2016.