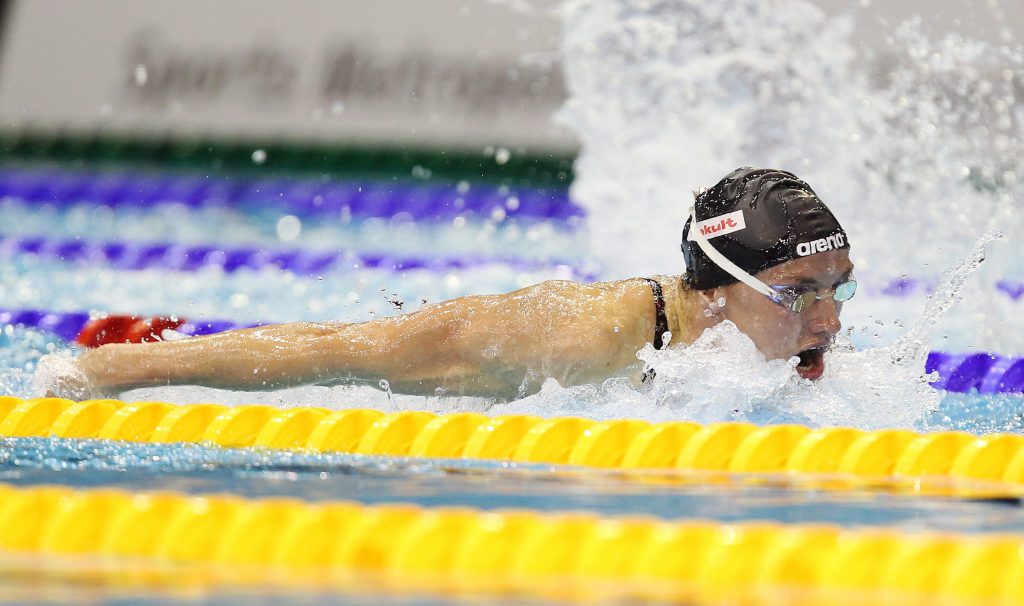 Hungarian swimmer Katinka Hosszú opened with a world-record time of 1:51.41, winning the women’s 200 IM effortlessly and grabbing up the USD 1500 prize. The competition is part of the 2014 FINA World Cup series and takes place in Doha, Qatar. With Katinka Hosszú breaking the record already on day 1, she will also receive the outstanding USD 10.000 prize as a record bonus.

“My goal was to break the World Record in the 200m backstroke, but at the end of the day I am naturally excited with this 200m IM best mark”, said Hosszu after the race. “I did not think that I was going so fast, but it was my own record, so I went for it!” concluded the 25-year-old Hungarian. “I really love this competition. People keep me asking when I am going on vacation, but this is my vacation and I’m already looking forward to the next one.”

Team Hungary also cheered for Dánial Gyurta on the first day of the Doha FINA World Cup, as Gyurta set on to compete in men’s breaststroke 200 meter. Gyurta won the Doha competition, coming close to his Euro Championship time of last week, and to his own Tokyo World Cup Record of 2:01.30. Gyurta beat Germany’s Marco Koch with a time of 2:01.60 and won the Doha men’s 200 breaststroke final.