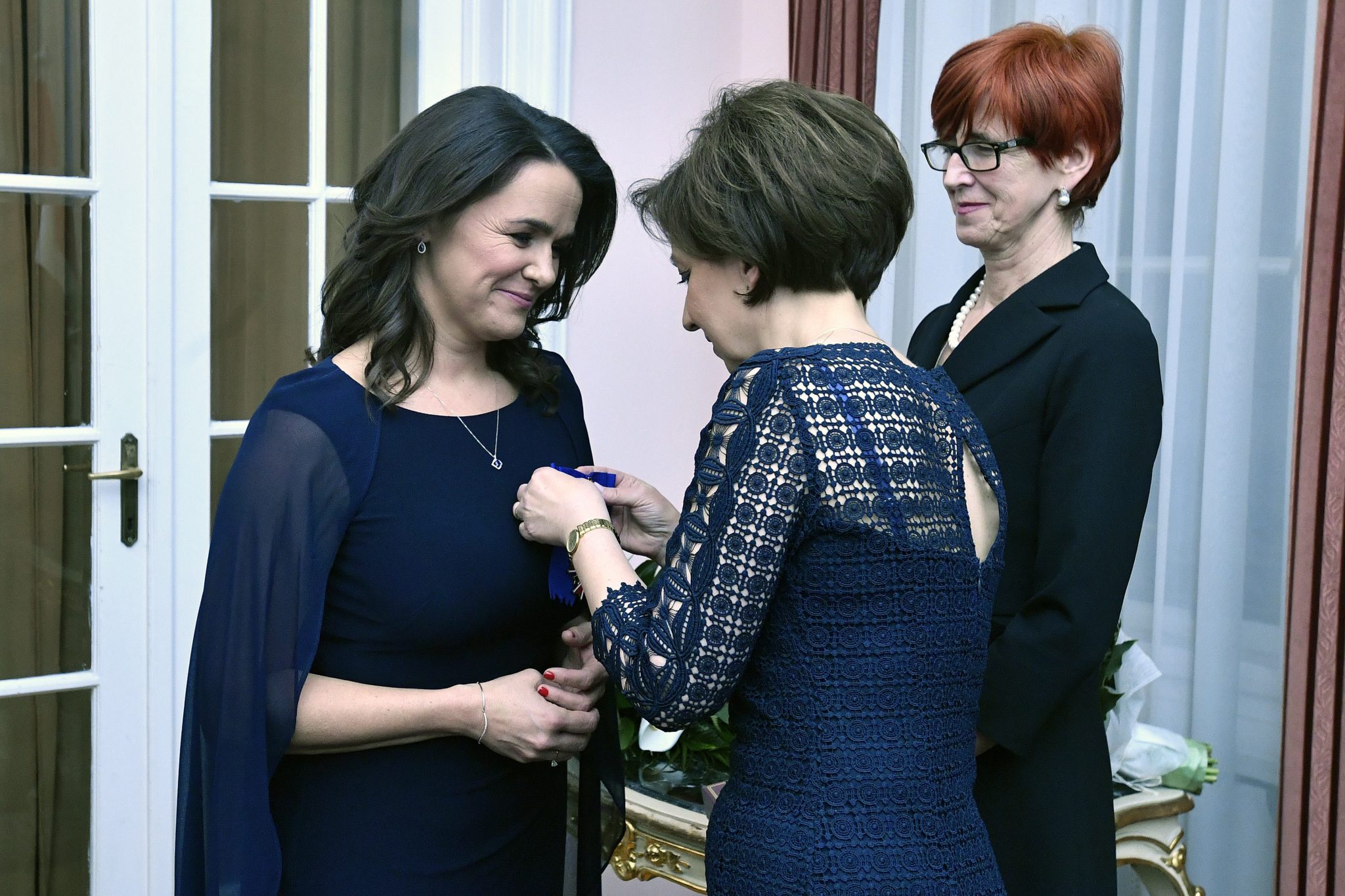 Katalin Novák, Hungary’s state secretary for family and youth affairs, on Wednesday received the Commander’s Cross of the Order of Merit of the Republic of Poland for her merits in deepening Polish-Hungarian relations.

The award, bestowed on behalf of Polish President Andrzej Duda, was handed over by Marlena Malag, Poland’s minister for family, labour and social policy, at the Polish embassy in Budapest.

At the ceremony, Malag lauded Novák’s merits in initiating several Polish-Hungarian family policy projects, her role in the implementation of a programme aimed at strengthening the identity Poles living in Hungary as well as her experience in the field of diplomacy.

In her acceptance speech, Novák said Hungary and Poland had a mission to represent a family-centric approach to governing in Europe, adding that they were “virtually alone” in doing this on the continent.

Jerzy Snopek, Poland’s ambassador to Hungary, said bilateral cooperation in shaping family policy had been fruitful for both countries.