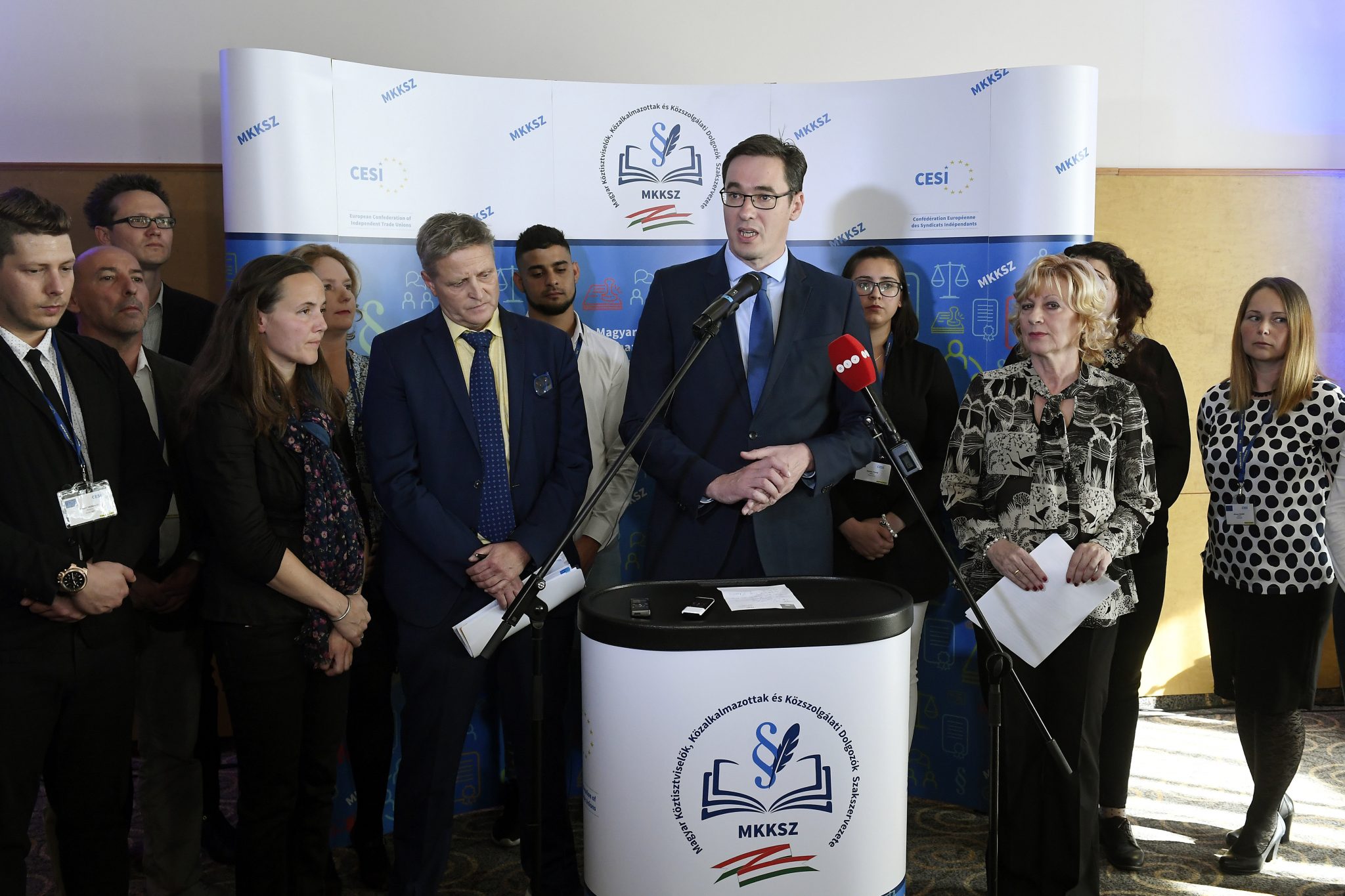 Budapest Mayor Gergely Karácsony said on the sidelines of a trade union forum on Friday that the city would ensure higher wages and better working conditions for its employees.

Karácsony said it was “in our interest” that work carried out by public employees should be esteemed, adding that the municipality “will do everything” within its means to ensure staff are well-paid and enjoy good conditions so that residents are provided with decent services.

The mayor insisted that low wages in the public sector had caused a “dramatic” labour shortage, which was “stifling” the municipality’s companies, especially in the areas of public transport and waste collection.

Karácsony said the city would ban implementing the government’s “slave law” in the municipal assembly and its companies and registered job seekers would be granted free public transport to help them find employment.

He also pledged to set up a municipal interest coordination council for employees, employers, and city representatives and regretted that a similar institution at the national level had been scrapped.

MKKSZ head Erzsébet Boros proposed that the mayor should start talks with district leaders and local MKKSZ representatives to set up a permanent “labour roundable” to deal with issues ranging from the rules governing municipal officials’ salaries to the situation of people working in municipal welfare services.

Asked about plans to stop sports construction projects in the city, Karácsony said he would support “all projects serving the city’s development”. If the government supports health projects, “we will have a common denominator concerning sports projects, too”.

He said he was open to discussing the government’s key sports schemes with special regard to health priorities. He added that there is “less controversy” concerning projects under way, while “we need to talk frankly” about planned schemes. The government may have priorities, he said, but those “must not override the priorities of Budapest residents”. He added that he hoped Budapest’s new urban development council would have its first meeting as early as November.

Karácsony called for a review of the municipal parking system before the end of the year, saying that the current system was not uniform across the city and in some districts it was inefficient.

The mayor also announced that he had sent a letter to Prime Minister Viktor Orbán on Thursday, inviting him for personal talks.