Budapest Mayor Gergely Karácsony on Sunday published new documents to prove that the Pesti Road care home hit strongly by the novel coronavirus epidemic over the past few weeks operated in full compliance with the rules of law.

So far 198 cases of Covid-19 have been confirmed in the facility where the epidemic claimed eight victims. 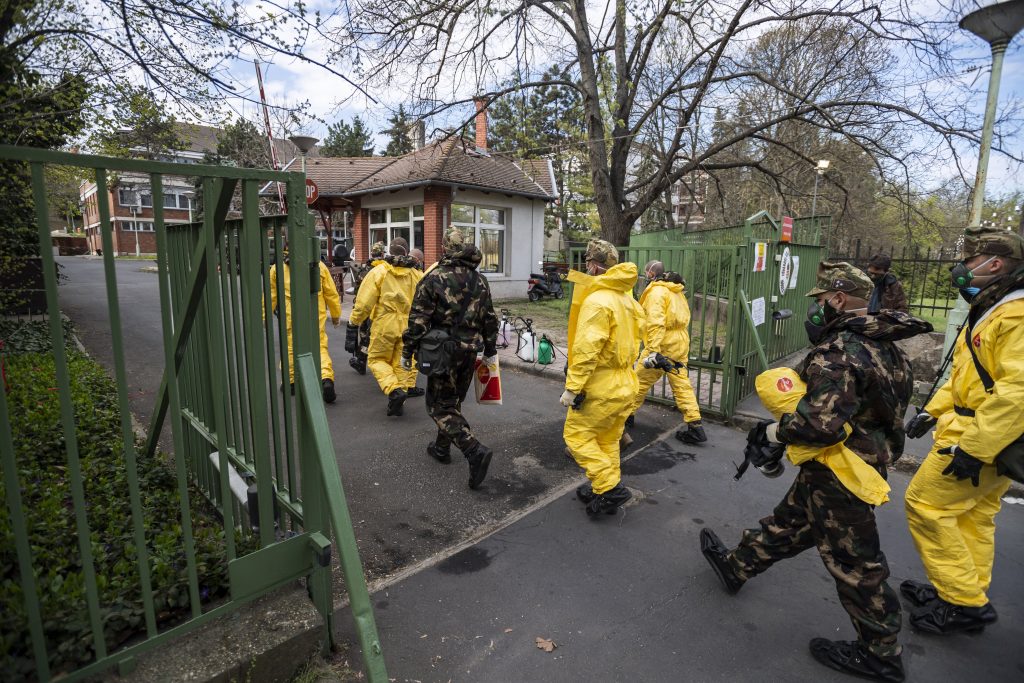 Special chemical-warfare units of the Hungarian Armed Forces arrive in the Pesti Road retirement home on Sunday to disinfect the facility. Photo by Márton Mónus/MTI

Karácsony published on his Facebook page protocols of checks conducted by the competent government agencies in Budapest care homes. The documents demonstrated that “the staff members of care homes are working excellently, in a self-sacrificing way even if they have to cope with the sectoral problems stemming from decades of neglect, for instance shortage of manpower,” he said.

The “dawn raid” carried out in the Pesti Road facility on Saturday found no irregularity either, the mayor said.

“I will not let the efforts and sacrifices of the staff belittled by those who started a political vendetta instead of working to contain the epidemic,” Karácsony said.

Over the past few days nearly 200 elderly residents of the Pesti Road care home were taken to Budapest hospitals. On Sunday morning special chemical-warfare units of the Hungarian Armed Forces arrived at the spot to disinfect the facility. The operation is expected to last for a few days, public channel M1 reported.