The municipality of Budapest will approach the government for a second time to request approval to the city’s taking out a loan from the European Investment Bank on “extremely good” conditions to buy 50 new trolleybuses and 50 trams, Mayor Gergely Karácsony told a press conference on Thursday.

Karácsony said that the city council had on Wednesday “been faced with the fact” that the government’s pledge to allow the city to reallocate funds of 3 billion forints (EUR 8.2m) from “badly managed” European Union projects to buy the vehicles had “gone to nothing”.

“This is not the first time the government goes back on its promise”, Karácsony said, noting that last summer the city and the government had already signed an agreement under which the government should have paid for the purchases.

Concerning the government’s approval to the loan, Karácsony said that “the government is not likely to do even this little” because “they are not interested in a developing Budapest”. But “if they thwart this (purchase) that will be an obvious declaration of war on the residents of Budapest,” the mayor said. 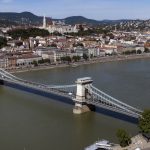