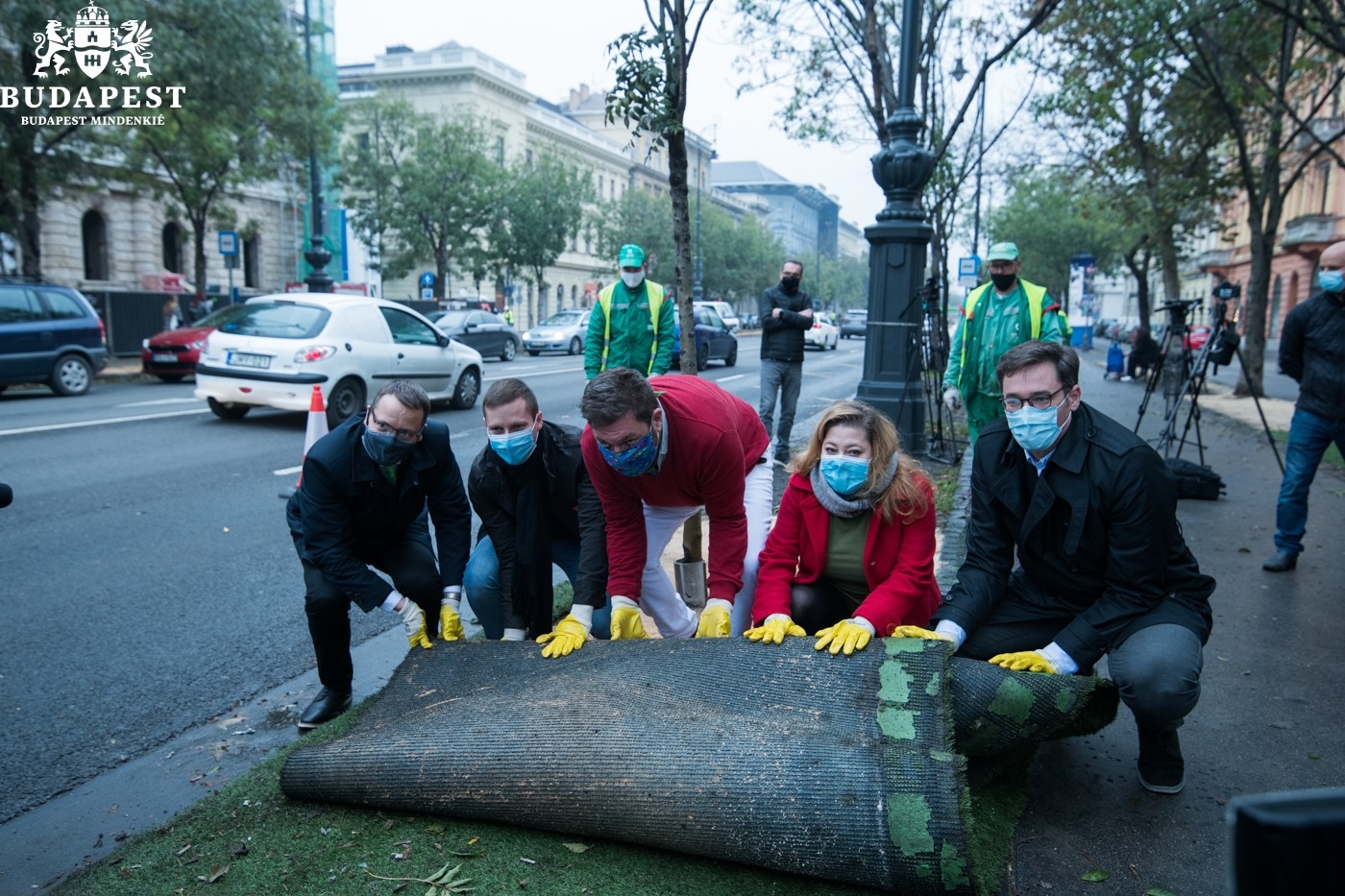 The municipality of Budapest is committed to greening the city’s central areas, Gergely Karácsony, the capital’s mayor, said on Monday.

The mayor joined city officials and Tamás Soproni, the mayor of the city’s 6th district, in ripping up artificial turf surrounding trees embedded in the pavements of Andrássy Avenue, a major thoroughfare of the capital city.

Karácsony told a press conference that the artificial turf had caused the deaths of several trees along the avenue, and he noted that the municipality and the district council has started a drive to plant new trees and perennials to replace them.

He said the artificial turf was symbolic of previous policies that merely paid lip service to green politics, adding that his current administration was truly committed to greening the city.