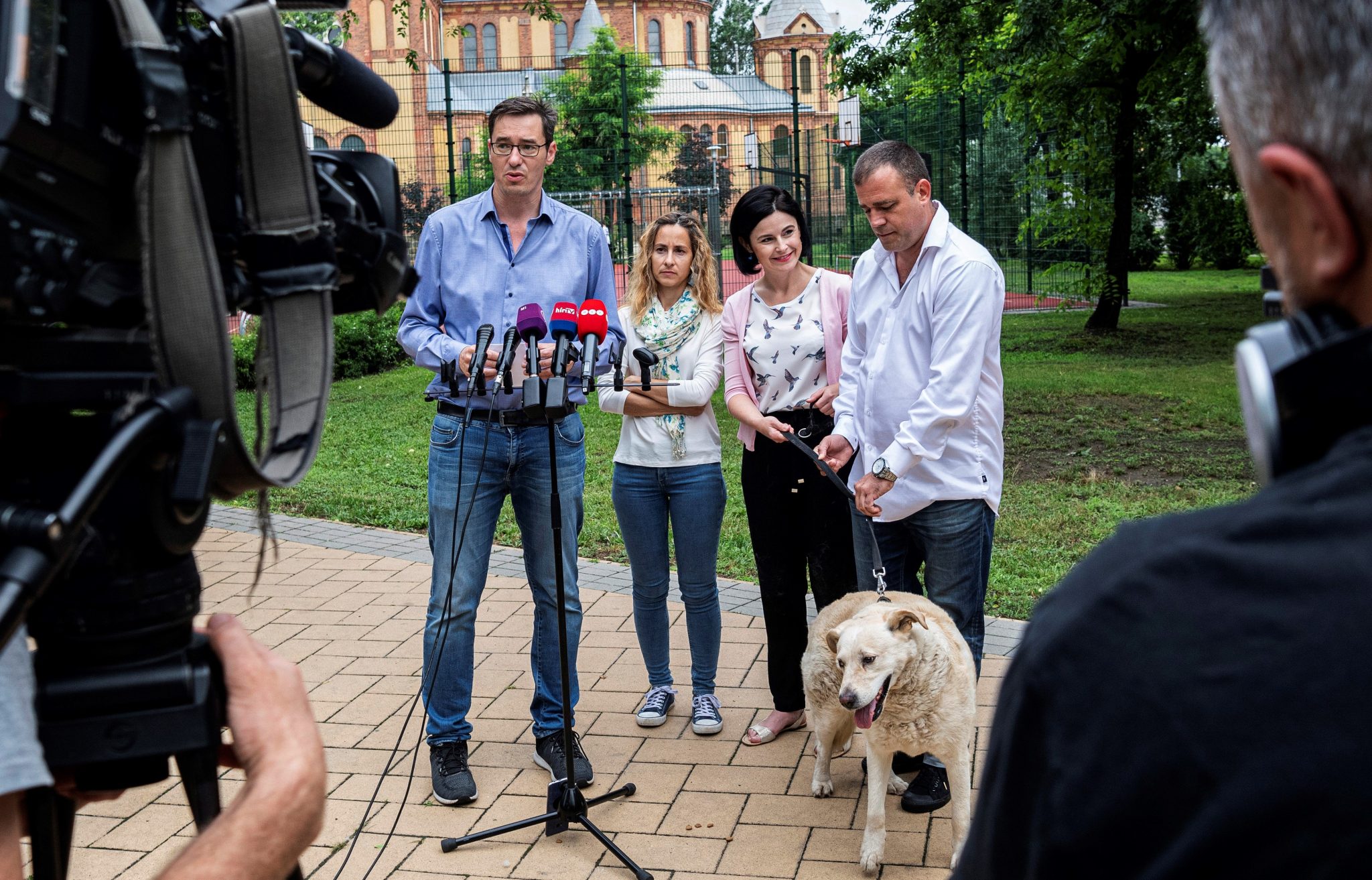 Gergely Karácsony, the Budapest mayoral candidate of the Socialist (MSZP)-Párbeszéd party alliance, pledged on Sunday to create an “Animal Protection Charter” to help the peaceful coexistence of men and domestic animals.

The charter promotes the funding of new, modern animal shelters and action against illegal breeding, Karácsony told a press conference in Budapest. It also calls for expanding a sterilisation programme implemented in Budapest’s 14th district, where Karácsony is currently mayor, and turning Budapest a “bee-friendly city”, he added.

Among its long-term goals, the charter lists environment-friendly mosquito spraying and securing living space for birds and bats in the city, he said.

Ágnes Kunhalmi, the head of the Socialist party’s board, told the same press conference that if Karácsony was elected mayor, the Socialists would propose that the city set up an ombudsman for animal protection issues.

The local authority should open tenders for sterilisation and for electronic chipping of pets, she said.

Gergely Perédi, head of an animal rescue organisation, noted that 90 percent of animal protection tasks are currently undertaken by civil organisations. They would welcome an effective cooperation with local authorities, he said.