Justice Minister Judit Varga on Tuesday called it “outrageous” that the European Commission was allowing itself to be “directly and indirectly influenced” by the Hungarian opposition and George Soros’ Open Society Foundations.

Speaking to MTI during a break in a meeting of EU affairs ministers in Luxembourg, Varga said the EC’s rule of law report had again been proven to be “nothing more than a tool to exert political pressure”.

She said the fact that Germany, which holds the EU’s rotating presidency, had brought the rule of law report before the General Affairs Council was “also concerning from a legal perspective”, noting that the member states had had no consensus for the proposal to do this last year.

The minister said it was disappointing that the German presidency had rejected her proposal to make the debate on the report public.

Varga also cited Momentum MEP Anna Donáth as having recently said that she had held regular informal consultations with EC Vice President Vera Jourova before the report was formally presented “which the commissioner denied in an interview to a Czech daily”.

A leaked video recording of opposition Momentum MEP Anna Donáth shows her “boasting” about having regular informal consultations with European Commision Vice Chair Vera Jourova despite Donáth’s recent denial of such consultations during a public debate, Justice Minister Judit Varga said on Saturday. Varga said on Facebook on Saturday that she had recently had a […]Continue reading

She said the report must not serve as a basis for any form of dialogue on the rule of law within the EU.

As regards a debate on climate protection planned for the second half of the week, Varga said that before the EU set any more ambitious goals in this area, it should assess the extent to which member states had fulfilled their prior commitments.

Hungary proposes that before the EU sets any new targets, all member states should meet the goal of reducing greenhouse gas emissions overall by 40 percent by 2030, she said. 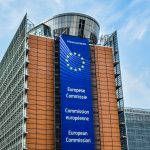