Júlia Bányai: The Woman in Men’s Clothes Who Became a Military Hero in the Revolution of 1848 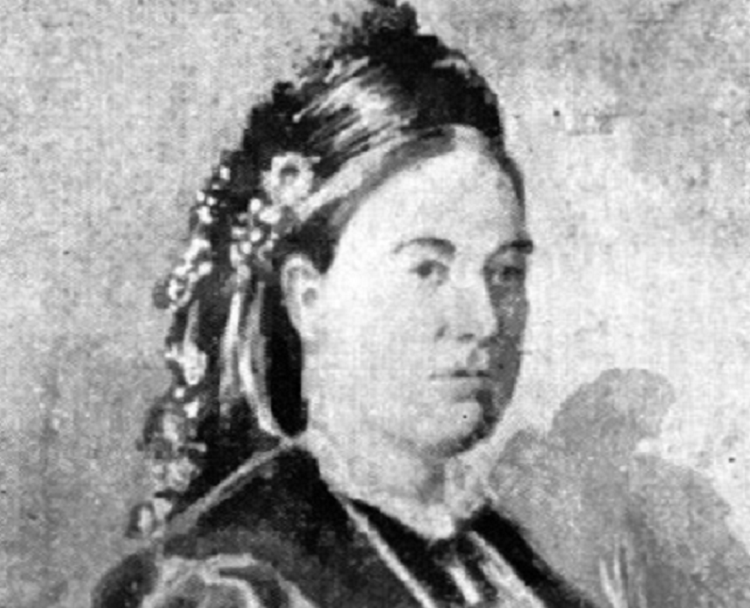 In the summer of 1849, in an invaded Transylvania, Tsarist army officers were dazzled by the performances of a Parisian female dancer. The artist told French-speaking Russian aristocrats that she had lost her company because of the chaotic military events in Hungary and was now wandering alone in an unknown country. A part of the gallant officers, having clapped their palms raw after the impromptu performances, politely escorted the French lady, and put her on a path towards a safe city.

However, the dancer was not headed for the city. Once in a hiding place, she pulled on a male military uniform, and not much later reported to Lieutenant General József Bem (the Polish revolutionary hero who helped lead Hungary’s 1848-49 War for Independence) as Gyula Sárossy, providing intelligence on the Russian army’s military positions.

In reality, the brave scout was neither a French dancer nor Lieutenant Sárossy. Julia Bányai, an equestrian who, after not being allowed to join the patriotic Hungarian army as a woman, fought in the War of Independence in men’s clothes. She was an excellent soldier, as evidenced by the number of decorations she received and her rapid advancement to officer. She did not give up after the Revolution failed, risking her life by returning to Transylvania to organize the resistance. Her heroism was acknowledged among later generations, but she was considered an oddity for the rest of her life. More than a hundred years would have to pass before women in Hungary could opt for a career in military fields. In honor of March 15th, here, then, is a look at one of the 1848 Revolutions’ most unique and interesting freedom fighters.

Women In Defense of their ‘Homeland’

Júlia Bányai was born in 1824, in the town of Vízakna (Ocna Sibiului) in Transylvania (today part of Romania), the daughter of a poor salt miner. Already as a young girl she worked as an equestrian in a circus. She became acquainted with a lawyer of noble origin, Gyula Sárossy, who shortly after asked her to be his wife. Júlia said yes and left the circus, but she couldn’t enjoy the luxuries of a bourgeois life for too long: her husband passed away a few months later from an unexpected illness. The young widow sought her fortune by once again riding horses. She was trying her luck in Vienna exactly when the waves of revolution crashed across much of Europe. As a result of the revolutionary news from Pest, the hardened and smart woman decided to take up arms to fight for her country.

She wasn’t alone in her plan: enthusiasm during the birth of the modern nation inspired not only Swabians who barely spoke Hungarian, Serbs and Jews to apply to the Hungarian National Defender Forces or National Guard, but women as well. However, their inclusion wasn’t to be discussed even during those Revolutionary days. When the patriotic women of Kolozsvár established a voluntary reconnaissance battalion, commissioner László Csányi disbanded the women’s corps by decree, claiming that

during our homeland’s difficult days (…) the armed services of women cannot be accepted (…) women should instead do female jobs, that are appropriate to their strength and gender, such as sewing, laundry and nursing (…) alongside our troops, they can serve our nation as well.

Nevertheless, a number of females joined in the direct defense of the nation despite the ban, dressed in men’s uniform: Mária  Nyáry, Janka Szentpáli, Appolonia Jagiellonian, Mária Csizmárovits, Paulina Pfiffner Maria Lebstück, who would later become famous as “Lieutenant Maria,” the heroine of an operetta of the same name.

Júlia Bányai also chose this path. When Joseph Bem took over the command of the Hungarian troops stationed in northern Transylvania at the end of 1848, Gyula Sárossy’s widow signed up as a soldier with her deceased husband’s papers. Bem was expecting serious battles, and for this every soldier possible was required; the volunteers were probably not inspected very thoroughly. Even still, it is difficult to understand how the mustache-less rookie could avoid revealing herself in front of others; in any case, she soon found herself in Nagyvárad (Oradea), stationed with the  27th Battalion.

Thanks to her heroism she was quickly promoted in the military ranks, and by February 1849, it was mentioned in military documents that she was as a Sergeant. She captured, along with several fellow soldiers, around 12 wagons in Zalatna (Zlatna), which were transporting the Austrians’ food supply, and therefore received a special commendation. Nor was this the only one of her heroic battlefield exploits. At the siege of Gyulafehérvár (Alba Iulia), with the aid of two others, she eavesdropped on and captured an imperial officer who came to spy on the Hungarian camp. There was a rescue attempt on the prisoner by the Austrians, and Júlia Bányai suffered two bayonet stab wounds in the chest during the clash. We do not know whether the doctor told superiors what he saw after extracting her from her military jacket, but in any case, she was promoted to Lieutenant for her bravery, and immediately returned to the battlefield. In another battle, a grenade splinter was lodged into her back, and so she found herself in the sick bay for months. 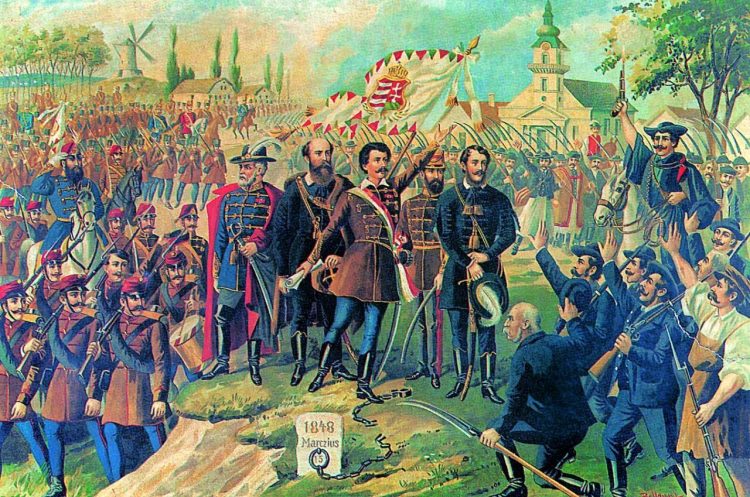 A painting depicting some of the heroes of the 1848 Revolution, including József Bem, Prime Minister Lajos Batthyány, Sándor Petőfi, György Klapka, and Lajos Kossuth

In the summer of 1849, when she reported for duty again, she was no longer fighting against the Austrians, but the Russians. By this time, she was also fulfilling command duties: she and her team were entrusted with overseeing the retreat of the Hungarian armed forces. According to the records, “Lieutenant Sárossy” killed a Cossack in close combat, and detained several others. By then, her superiors were now certain it was a woman they are dealing with. For this reason, ever more of her time was entrusted to scouting work. She would go from dressing in women’s clothing, disguised as a French dancer, to being a man and posing as wagoner or a soap vendor to gather news behind enemy lines. It brought so much valuable information that General Bem personally honored her and appointed her Captain. Her military career, with the fall of Independence, had to be aborted for a time. After the revolutionary army’s surrender, she crossed the enemy-occupied areas dressed as a woman. She soon returned to Vízakna, but when she saw that all the army officers were being hunted by the Austrians, she too left the country. She fled to Turkey through Bucharest, following Bem and Kossuth.

Inn at the Foot of the Pyramids

About five thousand people sought refuge in the Ottoman Empire. Some of them did not resign themselves to failure and defeat: Colonel József Makk was soon preparing a new armed uprising in Transylvania under the authority of Kossuth. Julia joined his team, now under a new pseudonym and as a woman, and repeatedly returned to Transylvania, where she distributed leaflets and proclamations. However, an imperial spy managed to creep his way into their ranks and the organization was quickly unveiled. Sixty people were arrested by the Austrians, many of whom were executed, the rest were sentenced to lengthy imprisonment. Julia, however, managed to escape and returned safely to Turkey.

An overwhelming majority of the immigrants were men, but none dared approach Júlia Bányai. They respected her, but also kept their distance from strong-minded women. However, Ede Matta, an Nagyvárad-born army captain, was more than impressed by the feisty, militant girl still in her twenties, who returned his affection. It is noted that at the wedding Ahmed Bey himself, the Sultan’s Imperial Commissioner, was a groomsman. However, after Lajos Kossuth’s journey to America, the Hungarian colony in Turkey slowly dissolved. There was no longer a chance to foment revolution, and even Júlia Bányai herself recognized this. She and her husband decided to stay in Turkey; they traveled almost the entire Ottoman Empire. They toured Istanbul, Crimea, Cyprus, and finally, far away from their homeland, they settled in Cairo. They opened a Hungarian restaurant and inn at the foot of the pyramids, which was in operation for decades. The inn, which went by the name of ‘A Fáraóhoz’, or ‘To the Pharaoh’, was frequently sought out by European travelers, who were frequently interrogated by the restaurateurs for fresh information about Hungary.

Júlia Bányai visited Hungary during the decline of political persecution in 1866, so that she could show her daughter- who was born in the meantime- her home. There is no information indicating whether or not she visited her homeland again in later years. According to a documented record, her hometown of Vízakna donated fifty forints in 1880 to have a military monument built in her honor. Shortly thereafter, in 1883, the heroic female freedom-fighter passed away in Cairo at the age of 59. After his wife’s death, Ede Matta closed their restaurant and returned to Hungary. He died in the town of Békés around the turn of the century. The former equestrienne, who took up arms to serve her country, still rests somewhere in Egypt today. 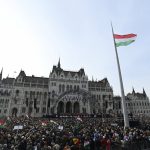 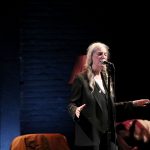