Journalist Csaba Horváth: Following The Pace Of Legislation In Hungary Is Impossible

Magyar Közlöny, the country’s official gazette for legislation and legal documents, has been published on almost 260 000 pages since the incumbent centre-right Fidesz-KDNP government took office in 2010. While Hungary’s official journal was printed with denser typesetting prior to the second Orbán cabinet, nevertheless over 60 000 pages more were published in the five years of governance than the total number between 1945 and 2005. For example, 250 pages of legal text were published each day in 2013. Legal experts approached by the daily newspaper Magyar Nemzet have argued that the  pace of legislation is almost untraceable, especially for ordinary citizens. 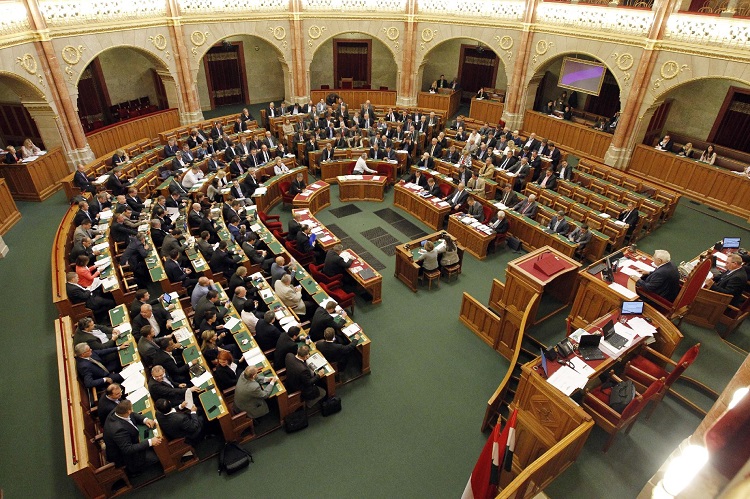 Magyar Közlöny, Hungary’s official journal, was first published in 1945. Since then, the gazette has served to inform society of new pieces of legislation and other legal documents not qualifying as legislative material.Promulgated pieces of legislation include the Fundamental Law and its amendments, laws adopted by the National Assembly, as well as decrees issued by the Prime Minister, the governor of the National Bank of Hungary, as well as cabinet members (the Prime Minister and ministers). The Curia’s decisions on legal unity, together with Constitutional Court resolutions and orders – which are to be taken into account in devising and applying legislation – are also published in the journal. It is also where National Election Commission publishes its resolutions and decisions on questions concerning referendum initiatives. However, resolutions adopted by local governments do not appear in the gazette.

The journal has been continuously expanding in length since its first issue, which reflects both the pace of legislation and the number of legal provisions. Statistical developments have been remarkable over the past 70 years. The journal’s volume totalled over 195 000 pages between 1945 and 2005, with its annual expanse amounting to 1-2 000 pages. However, this has been increasing constantly since the transition to democracy, nearing 20 000 pages in 2004 and 50 000 in 2009. In 2013, over 90 000 pages were published, equalling 250 pages each day. The wave of devising legislation launched by the ruling Fidesz party, which has been in power since 2010, has produced a vast figure. A total of almost 260 000 pages have been published in the journal – 60 000 more than the total number of pages in all volumes issued between 1945 and 2005. However, the extent to which society is able to absorb the enormous quantity of legislation and other documents, and the degree to which law-abiding behaviour can be expected from citizens in the light of all this, is questionable. The paper approached legal experts to find out.

“Citizens will be law-abiding if they are lucky”, lawyer Gábor Magyar said, commenting on the vast amount of legislation published in the official gazette. Not only jurists but even judges are now unaware of legal developments, meaning that not even those with the chief task to apply legislation are able to follow changes. According to the lawyer, it is impossible to learn and see through the rules dictated by the “factory of laws”. However, he believes that in certain cases,  not even the legislator is aware of the exact content of the law adopted, as proven by material being amended that hadn’t even yet entered into force. He explained that certain levy rules had been in effect for only two weeks before being revoked after found problematic. However, this causes problems in the day-to-day work of courts, he added.

In Mr. Magyar’s opinion, the chief problem is the technique of legislation, which sees decisions on laws and amendments being made in the party centre without being passed through the competent ministry and the Ministry of Justice. This means that nobody is able to signal if it is going to cause trouble. Because the piece of legislation does not pass through the system, errors will remain in it. As for the Constitutional Court, it is unable to meet its function to act as a filter against laws adopted in a “fit of passion”. The role of “anger” in devising legislation should be lessened and personalised legislation should be discarded, the lawyer pointed out, adding societal debates are indispensible.

According to international law expert Tamás Lattmann, the Fidesz government that rose to power in 2010 began a period of “frantic” legislation, and the amount of text that has appeared in the journal is impossible to handle. However, he added that statistics paint a little misleading picture because Magyar Közlöny‘s typography underwent a change in 2010 and the typesetting of pages was somewhat denser prior to the change of government. However, he said, this does not influence the fact that it is impossible to follow the pace of legislation. It also cannot be left out of consideration that not all published pieces of legislation have a direct impact on citizens’ day-to-day lives, he explained; despite this, people cannot be expected to be able to follow legislation formed since 2010. Solving every problem with creating new legislation is impossible, especially with “mendacious” techniques such as the governmental position being adopted on the basis of the motion of an individual MP. The latter results in, for example, societal debate being omitted from the process. An abundance of unnecessary rules have also been passed, he pointed out.

Excessive powers to the state

It is very difficult for an average citizen to engage in law-abiding behaviour, lawyer Péter Zamecsnik believes. Echoing his colleagues, he is also of the opinion that it is impossible to follow the pace of legislation as dictated by the government. Not even jurists are able to do so, he pointed out. However, Mr. Zamecsnik sees an even greater problem in the constant changing of the legal environment. Legal certainty is highly important in a state based on the rule of law, but if the government demands society to voluntarily act accordingly to legal provisions, people have to be aware of the laws based on which they can organise their lives. It is clear that the enormous amount of legislation has no impact on everyday life with view to an individual citizen, but even the legal background of certain professions is so complicated and extensive that makes it difficult to keep up with. Mr. Zamecsnik revealed that despite having worked as a lawyer for thirty-five years, he himself is unable to follow constantly changing laws, pointing out that he has the capacity to effectively keep up with modifications only in his own area, criminal law.

The lawyer went on to say that a dumping of legislation in all cases indicates the excessive power and weight of the state, adding that law is used by political power as a tool, in a manner that is sometimes abusive. 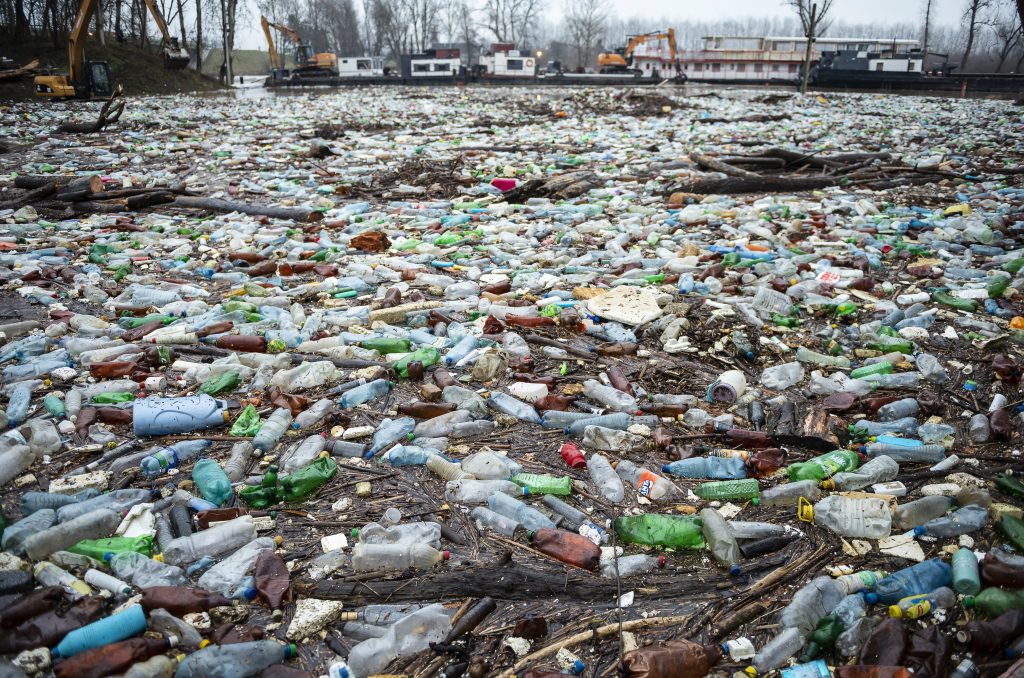 Parliament on Monday approved legislation on waste management modified to address concerns raised by the Constitutional Court. The law was modified to allow compensation for companies for the value of scrap they generate. The legislation, which lawmakers initially approved in December, was changed after President János Áder asked for a review of problematic provisions by […]
MTI-Hungary Today 2021.02.23. 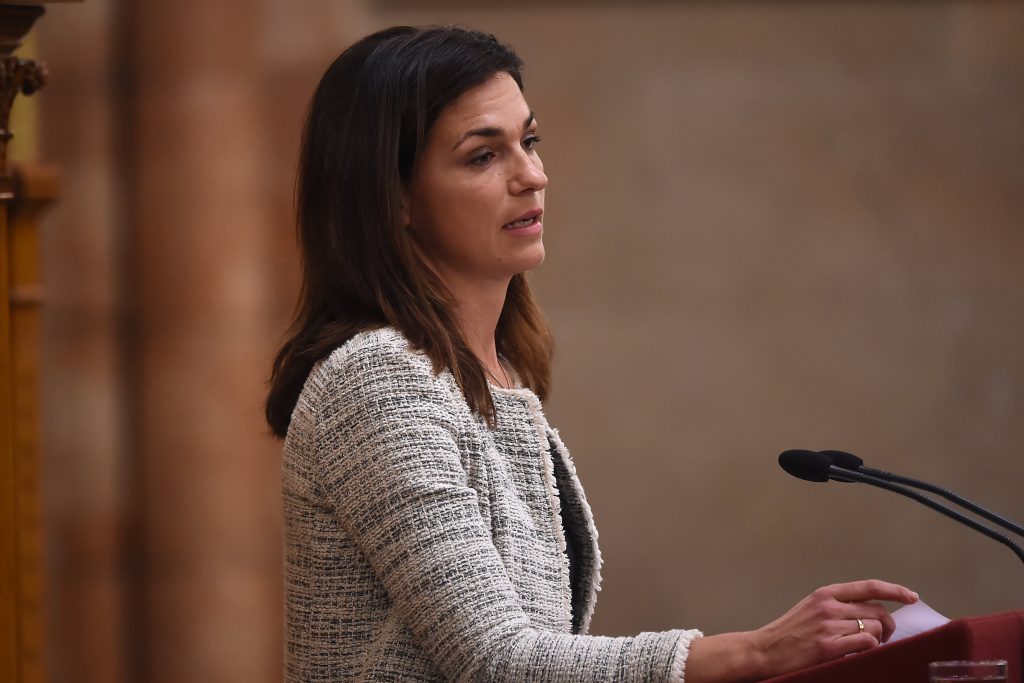 The justice ministry is preparing draft legislation to regulate the operation of social media giants in Hungary, Justice Minister Judit Varga said on Facebook on Tuesday. The aim is “legal, transparent and controllable operation”, Varga said in her bilingual post, adding that the regulation binding all other economic players should apply to tech giants too. […]
MTI-Hungary Today 2021.01.26.