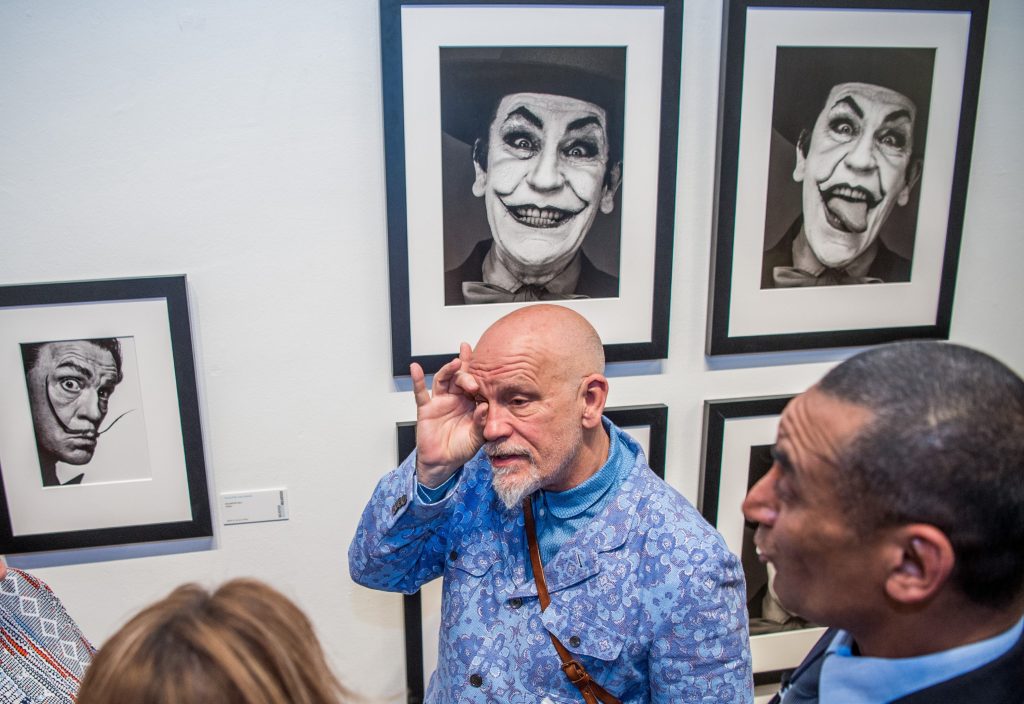 American actor John Malkovich has arrived in Budapest for his one-man show Report on the Blind at the Budapest Congress Center; in fact, yesterday he led a guided tour of Sandro Miller’s exhibition ‘Malkovich Malkovich Malkovich – Homage to Photographic Masters’ in the Kunsthalle.

This evening, the famed American actor will be presenting a special performance of Report on the Blind, based on a chapter from Argentinian Ernest Sabato’s novel On Heroes and Tombs,  which will be accompanied by a piece by late 20th-century Russian composer, Alfred Schnittke (“Concerto for Piano and Strings”). Malkovich will be joined on stage by the Óbuda Danubia Orchestra and pianist Anastasya Terenkova. The performance was selected as one of the most exciting art projects of the world in 2016 by  Forbes magazine. 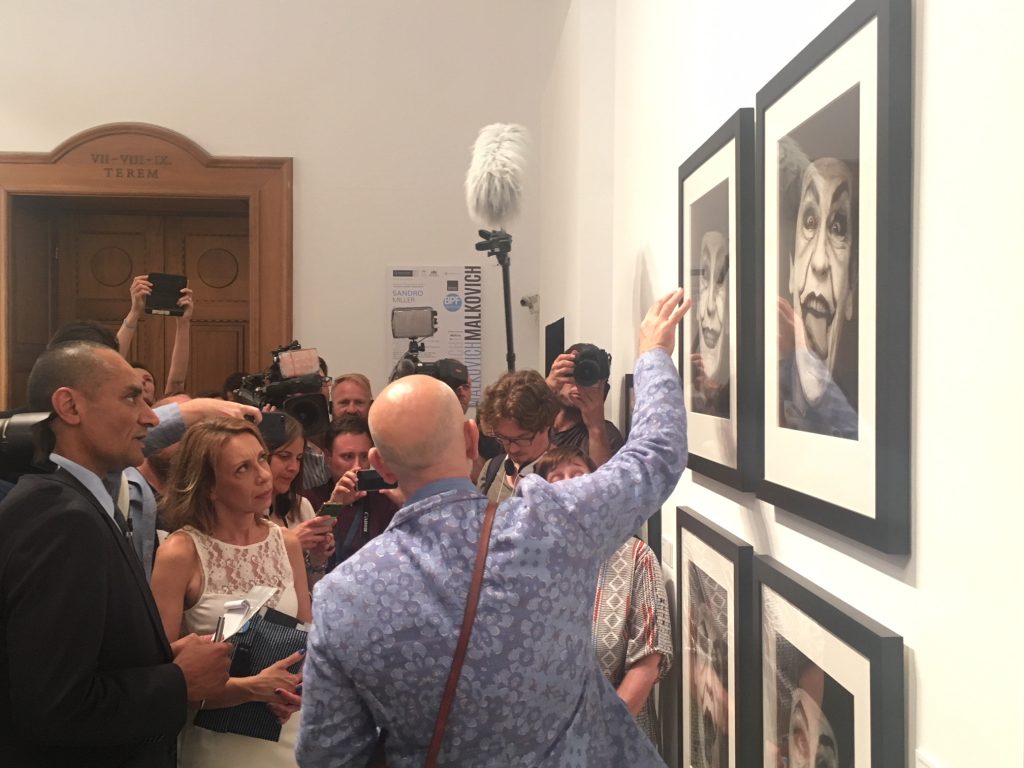 Before Wednesday’s show, Malkovich gave a guided tour of Sandro Miller’s exhibition, which was showcased for the first time in its entirety here in Budapest, to journalists. Sandro, along with Malkovich, replicated and reimagined iconic images from the history of photography: the actor posed as many well-known personalities in front of the photographer’s camera, such as Mick Jagger, Che Guevara, Abraham Lincoln, Simone de Beauvoir, Albert Einstein, Salvador Dalí, John Lennon and Marilyn Monroe. 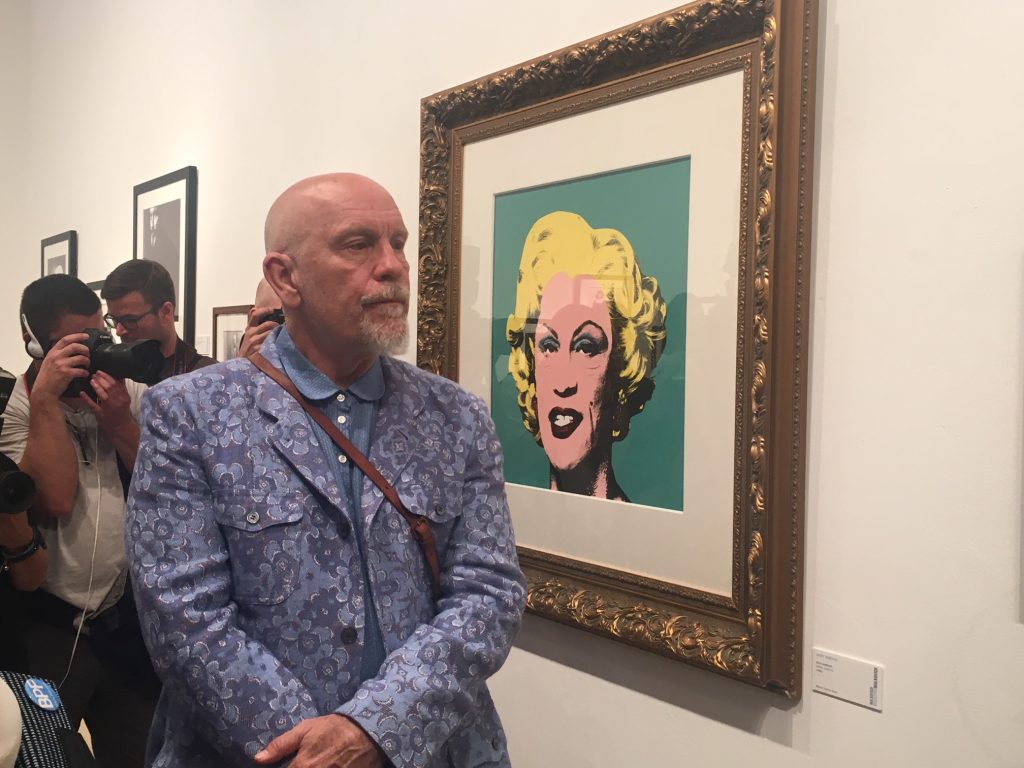 The two have been working together since 1992, but they have a whole team behind the project, including make-up artists and hairstylists; as Malkovich said:

Without the background team, I would not be able to pose as people whom I don’t even look alike, they have a huge merit in this project as well.

Malkovich sees this project neither as acting, nor modeling. In fact, he thinks that the closest art form is painting. However, acting helps him a lot when recreating the pictures, as he usually tries to imagine what the original model thought during the photo-shoot.

Malkovich said that his favorite picture at the exhibition is the twins, originally photographed by Diane Arbus. He added that the hardest picture to create was American actress Bette Davis, while the easiest was to pose as Andy Warhol and the Hemingway and Monroe pictures were also easy to complete. Malkovich also recalled the last time he visited Budapest, adding he walked around a lot in the city this time as well. 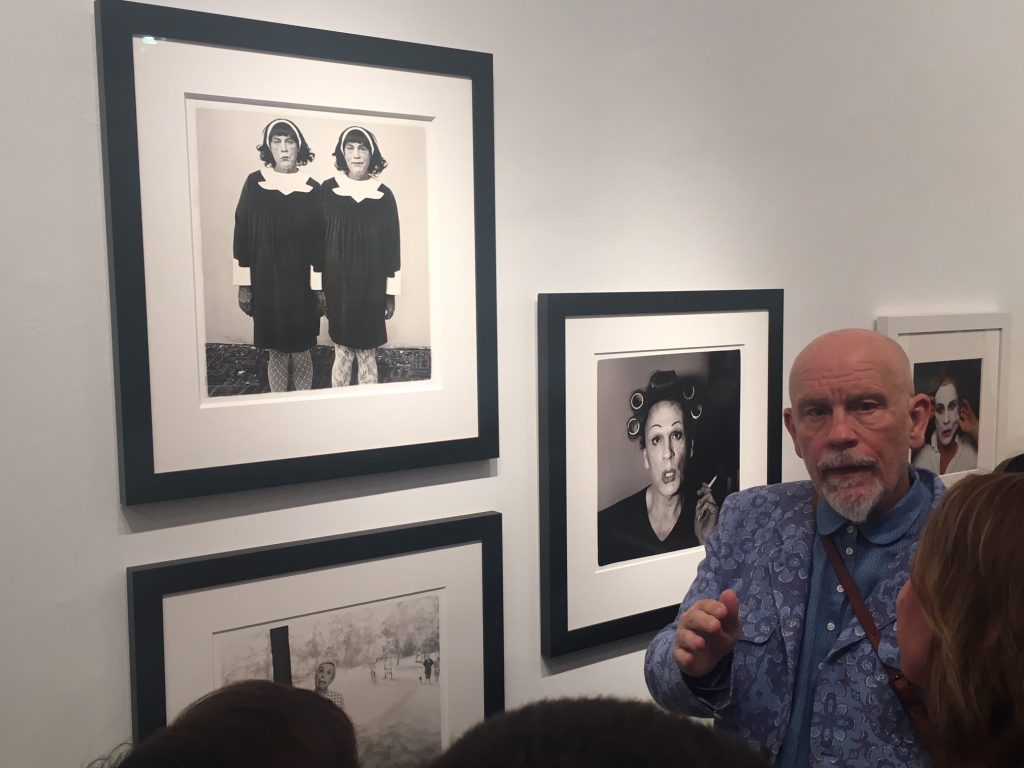 According to MTI, the exhibition, which was extended due to great interest, has to date been visited by more than 12,000 people, and they are expecting 15,000 visitors by the closing ceremony, which will be held on June 3rd. 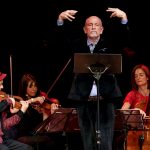