Jobless Rate in Hungary Stands at 3.8% 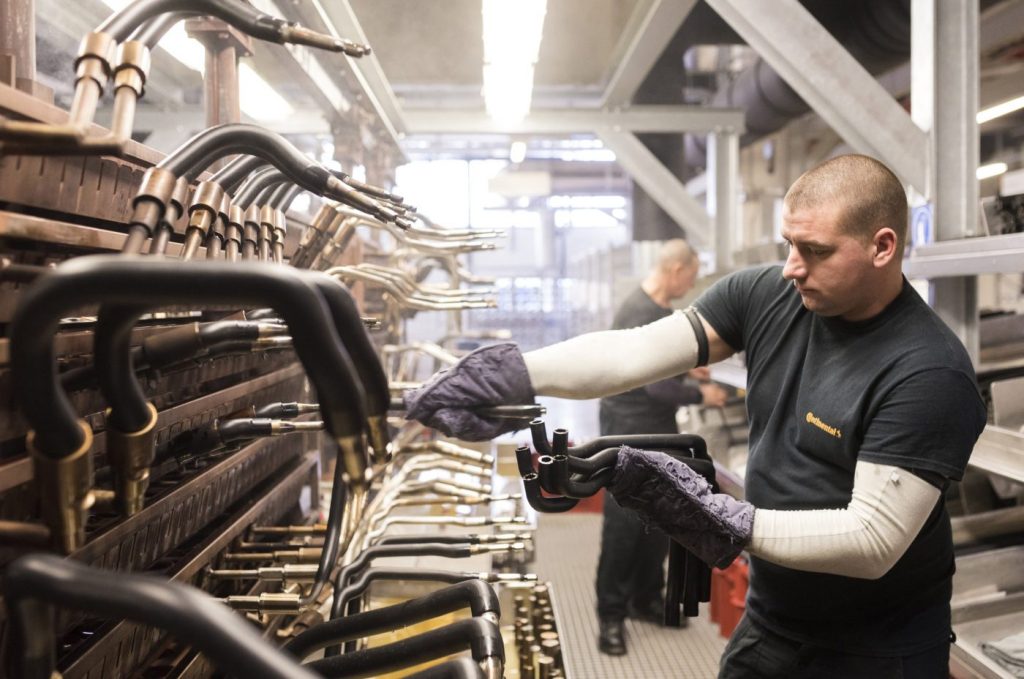 Hungary’s rolling average three-month jobless rate stood at 3.8% in December-February, level with the previous three-month period, according to a recent report from the Central Statistical Office (KSH).

The Dec-Feb rate fell from 4.4% in the same period last year as well. The rate covers unemployment among Hungarians between the ages of 15 and 74. In absolute terms, the number of unemployed averaged 177,700 during the period. The unemployment rate in the 15-24 age group stood at 11%. The average time spent looking for work was 14.9 months. Almost 38% of the jobless had been seeking work for over a year. 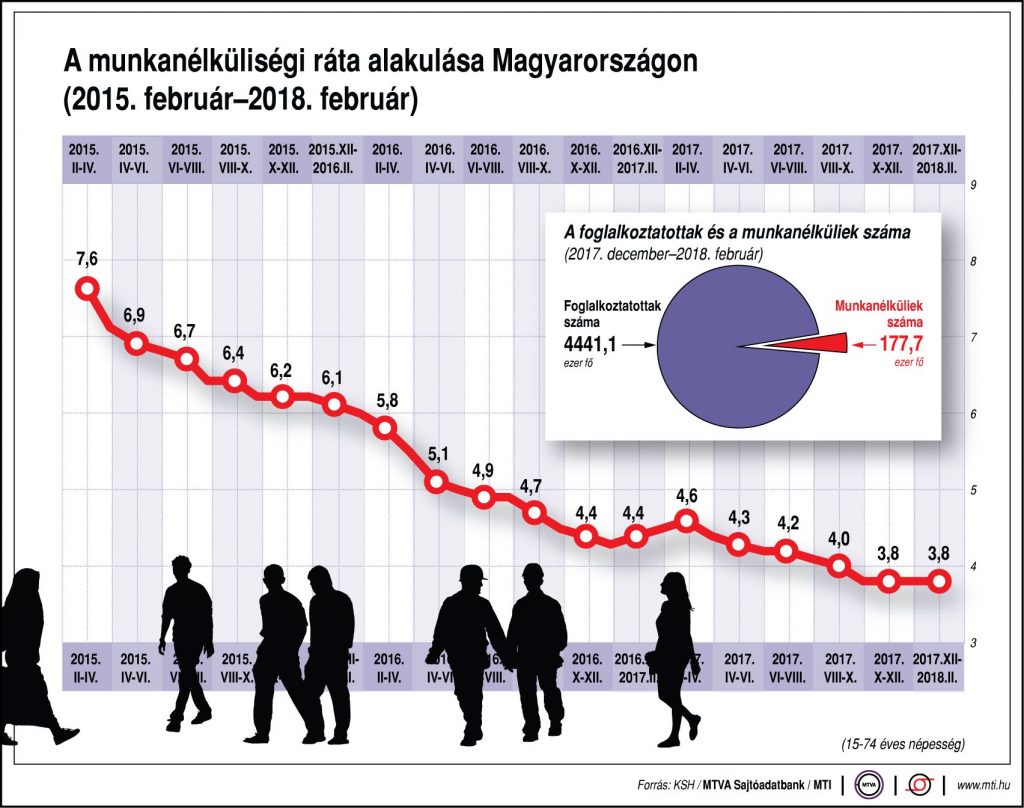 Unemployment rate in Hungary between Feb 2015 and Feb 2018 measured by the Hungarian Central Statistical Office (KSH). In the small box, you can find the ratio and number of employed and unemployed people. Graph: KSH via MTI.

Speaking to state media channel M1, Economy Minister Mihály Varga claimed the fact that 70,000 more people filled jobs in December 2017-February 2018 than in the same period a year earlier shows that Hungary’s economy is growing. The annual seasonal drop in the number of workers did not happen this year and employment stayed level or increased in every sector in the past quarter, he added.