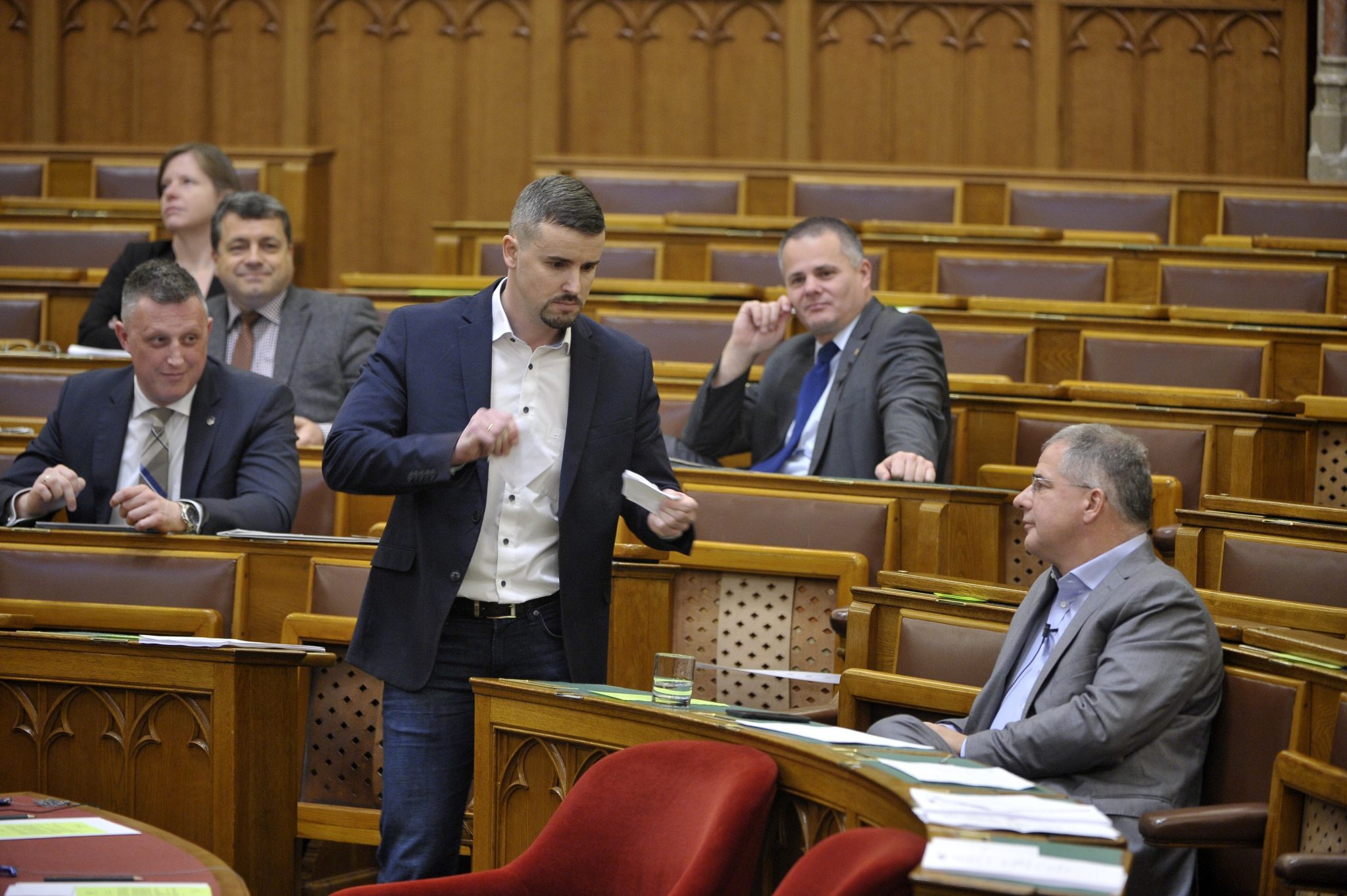 The opposition Jobbik party on Tuesday said it would turn to the Constitutional Court if lawmakers approve amendments of the labour code.

The related bill envisages increasing annual overtime from 250 hours to 400 hours, among other measures.

Deputy leader Dániel Z. Kárpát told a press conference that “this slave law” would violate the basic law which declares that “every employee shall have the right to working conditions which respect his or her health, safety and dignity.”

“What the ruling Fidesz-Christian Democrat alliance wants is everything but this,” he said.

Kárpát said the bill on voluntary overtime “would be shameful bordering on high treason and it would clearly claim human lives.” The “exploitation of workers”, he added, is truly reflected by the annual number of workplace accidents going up from 17,000 in 2010 to 23,000 today.

Kárpát said the government should represent the interests of Hungarian employees rather than those of multinationals.

Parliament is scheduled to vote to amend the labour code on Wednesday.

Jobbik said later on Tuesday in a statement that it will launch a referendum bid on the amendment. This way, “employees can decide their own fate instead of Fidesz, which only represents the interests of multinational companies,” the statement said.

via MTI
on the featured photo: Jobbik MP Péter Jakab tearing apart a copy of the bill
photo by Attila Kovács/MTI