The opposition Jobbik party has proposed that property owners renting homes to students should be granted a tax incentive while the tenants could benefit from a housing subsidy.

Jobbik deputy leader Dániel Z. Kárpát told a press conference on Tuesday that under the proposed system, dubbed Hunbnb, students under 30 could receive a monthly subsidy between 20,000 and 50,000 forints (EUR 61-152).

The press conference was held in Budapest’s central District 6, in which Z. Kárpát said the situation had been made “intolerable” by exorbitant rents, increased partly in response to a high demand by tourists for Airbnb accommodation, partly because of a “passive attitude” by the ruling parties.

Milán Töreki, Jobbik’s local leader, called for a “well-functioning and strong” municipality, which he said should impose a supertax on owners of multiple Airbnb properties. The revenues could be used to grant housing subsidies and finance municipal rental construction, he insisted. 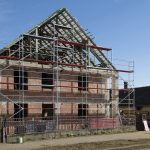