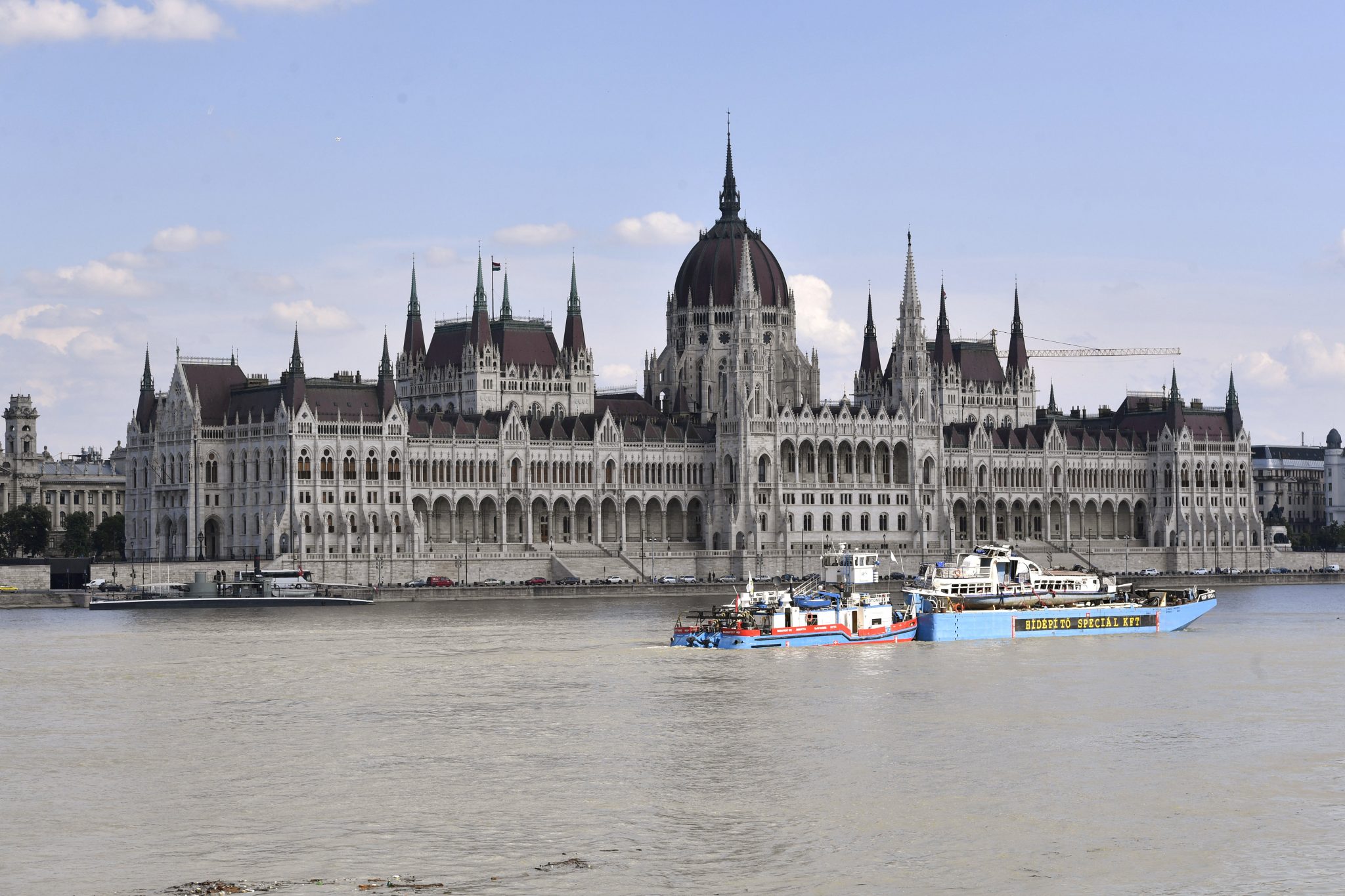 The opposition nationalist Jobbik party has called on parliament to set up an investigative committee to examine the recent Danube ship collision.

At a press conference on Wednesday, László György Lukács, the party’s deputy group leader, said lawmakers should take a closer look at the circumstances that led to the disaster.

The Hableány collided with a cruise ship and sank into the River Danube near Margit Bridge on May 29. It had 33 South Korean tourists on board and a crew of two Hungarians. Seven tourists were rescued from the water after the collision. A search is under way along the entire river section downstream from the city to recover the bodies of the four South Korean passengers still missing. The wreck was lifted from the Danube on Tuesday afternoon.

Lukács said the proposed committee should examine the disaster from a legal and public administrative perspective, uncover any regulatory shortcomings or errors on the part of the various authorities, attribute responsibility for the collision and recommend potential changes.

He asked the ruling and opposition parties to support setting up the committee.

The deputy group leader conveyed his party’s gratitude to everyone who contributed to the salvage operation and recommended that they be awarded the Order of Merit of Hungary, the country’s highest state award.