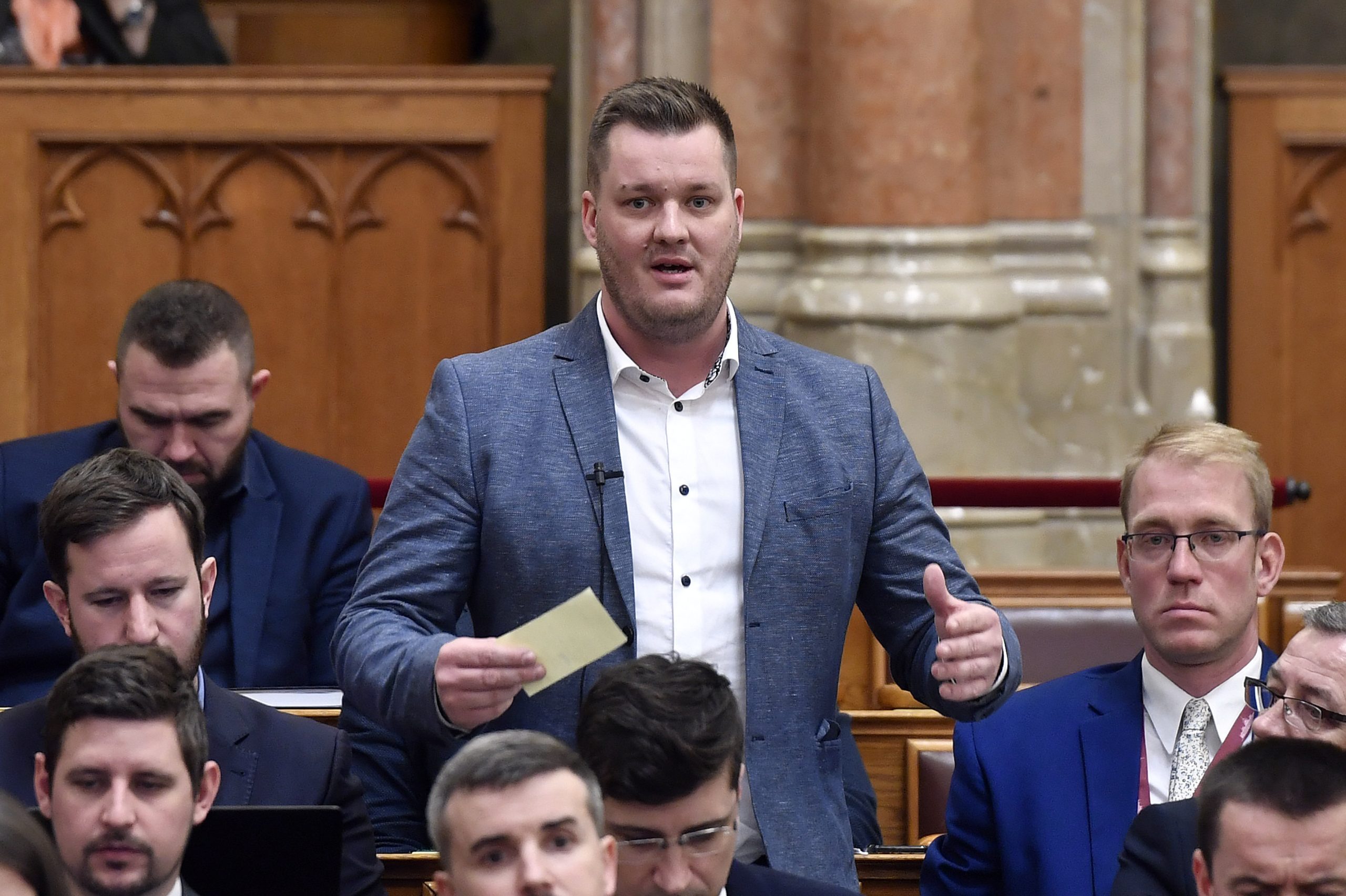 Tibor Nunkovics (Jobbik) has been accused of open anti-Semitism by Miklós Soltész (KDNP – Christian Democrats) following a controversial sign he made in Parliament on Tuesday. The Jobbik MP pointed to his nose, then to Tamás Deutsch (MEP, Fidesz), making an indistinct comment. Nunkovics denies the allegations, claiming that he was highlighting Deutsch’s alleged cocaine problem.

Tamás Deutsch’s Parliamentary speech on the EU’s proposed financial rescue package was interrupted by Tibor Nunkovics on Tuesday. Deutsch was making a reference to (then far-right) Jobbik’s 2012 proposal to list MPs of Jewish origin, when Tibor Nunkovics made a sign towards his nose and pointed to the Fidesz MEP.

According to Miklós Soltész who saw the incident from the other side of the isle, Nunkovics was ‘clearly pointing out Deutsch’s Jewish origins.’ He added that ‘it is shocking to see the representatives of Jobbik continuing to make anti-Semitic comments.’ Upon Soltész’s request, an investigation has been launched to clarify the issue.

Nunkovics denied the allegations and told Magyar Hang that he “was simply making a comment about the remnants of some face powder on Deutsch’s nose.” “It is true that I made a comment,” he said, “but I was simply referring to the news surrounding Deutsch’s drug problems; and that his consumption might be causing him to speak foolishness.”

László Lóránt Keresztes (of centrist green LMP) who was sitting in close proximity to the Jobbik MP, confirmed to Magyar Hang that Nunkovics was “saying something about face powder on Deutsch’s nose.”

The case remains open until the conclusion of the Parliamentary investigation.