Jobbik: No Compromise with ‘Orbán Regime’ 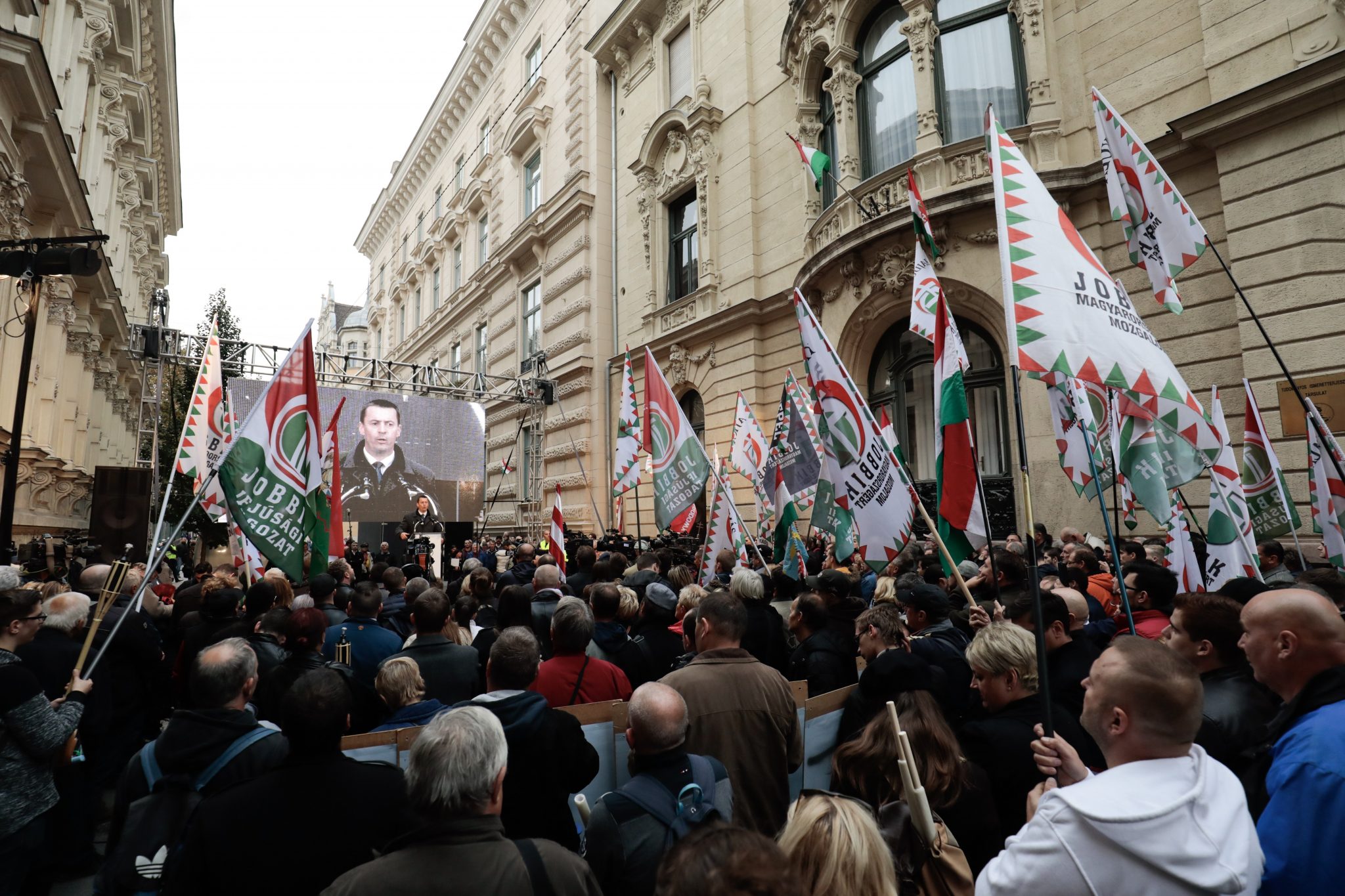 Conservative opposition Jobbik rejects all compromise with the “regime” of Prime Minister Viktor Orbán and will continue its fight to overthrow it, party leader Tamás Sneider said at an event commemorating the anniversary of the 1956 anti-Soviet uprising on Tuesday.

“The greatest thief in the world” is building Bolshevism in Hungary, he told the event held in front of the Hungarian Radio building. He cited several parallels between events during the Communist era and the current period, including the emigrants who left Hungary after 1956 and those that have left in recent years to work and live abroad.

Sneider said that just as the Communists had been subservient to the Soviet Union, the current prime minister was also “the most devoted servant” of Russia and President Vladimir Putin.

He said the current “regime” would not soften and only those should join Jobbik who are willing to participate in the tough fight to overthrow it.