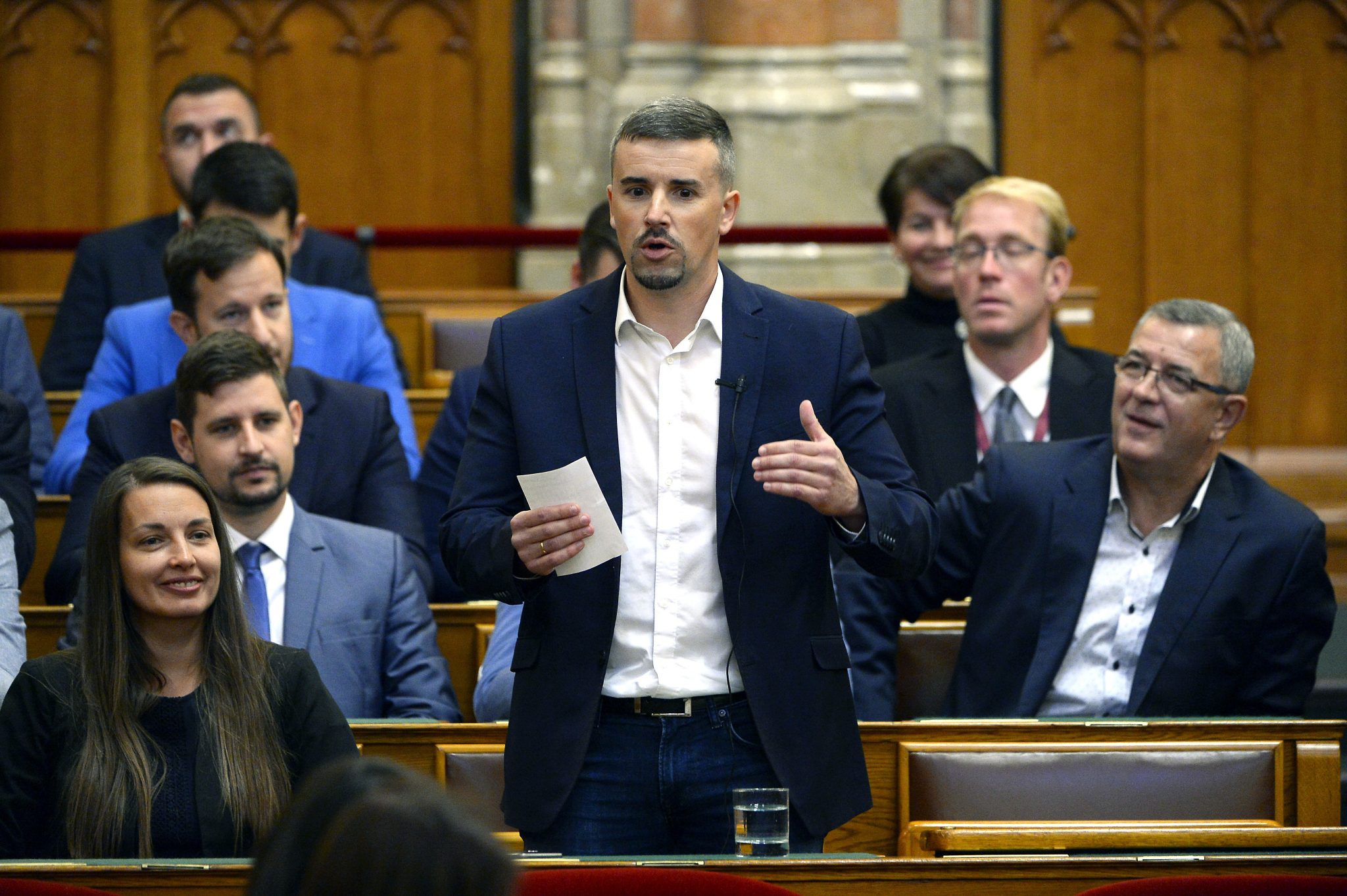 The opposition should field two lists, while one opposition candidate should be chosen in each of the single-member constituencies to beat Fidesz, Jobbik’s newly-elected president Péter Jakab argued at a press talk on Tuesday.

According to this way of thinking, Momentum, LMP, and Jobbik could form one list, and the old left-liberal parties MSZP-Párbeszéd and the Democratic Coalition (DK) another, he argued. Due to the electoral system that has been changed by Fidesz and KDNP in 2012 amid controversies, “it is out of the question for the opposition parties not to cooperate,” he said, arguing that a unified list can only be imaginable if the leaders of the pre-2010 era, such as Ferenc Gyurcsány steps back.

Jakab, who also leads the party’s parliamentary fraction, dragged out a pastry metaphor, where one big orange cake (Fidesz) fights with another mixed one. For the latter, “you have to choose the ingredients well, for example, raisins divide people and in this case, Gyurcsány is the raisin, which I myself cannot stand.”

He hopes that Jobbik will become the leader of the opposition and then the leader of the change of government, claiming that his party is stable and united, while Mi Hazánk (hard-liners who left Jobbik after its centrist turn) are Fidesz’s mercenaries.

Specifically mentioning the lower middle classes as a potential new target group, new voters should be addressed, he argues and “the losers of the regime change,” intellectuals and labourers alike, also those dissapointed with Fidesz. Instead of ideological battles and historical grievances, the people’s basic problems should be put in the forefront with a new slogan: “Prosperity for all!”

Asked about the Prime Minister candidate of the opposition for 2022, Jakab said he had someone in mind but refused to say the name, only revealing that the person is male. The Jobbik president belives it will be enough to name the opposition’s candidate 6-9 months prior to the vote.

He confirmed that there is no way back for Gergely Kulcsár (who spit on the ‘Shoes on the Danube Bank’ Holocaust memorial in 2015), and in case he won’t step down, he would be excluded, following an ethical procedure.

He also said Jobbik still owes HUF 200 million (Eur 596 thousand) to the State Audit Office (ÁSZ) which they would entirely repay by the end of 2021.

featured image: illustration (Jakab in the Parliament); via MTI/Soós Lajos