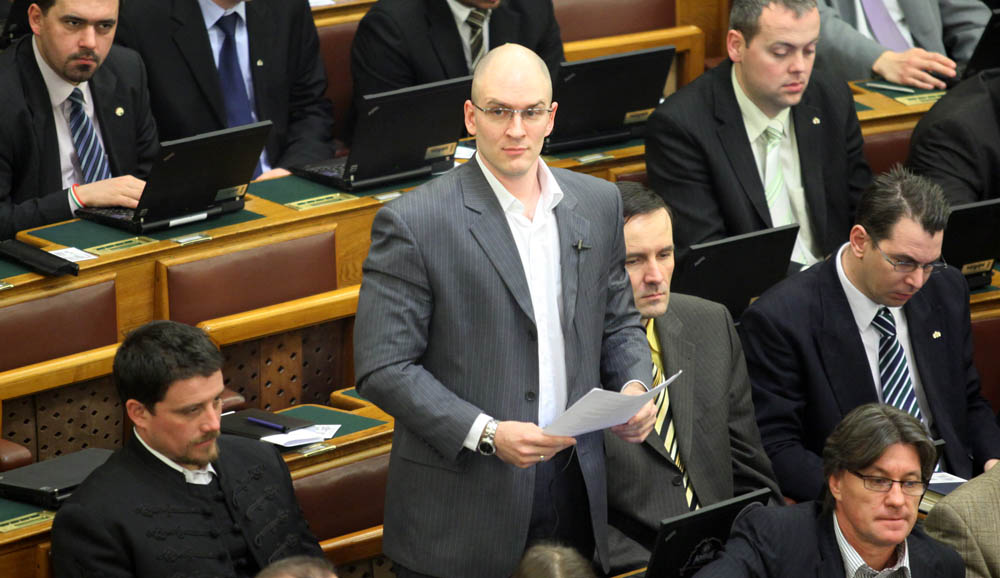 Opposition JOBBIK party is proposing the launch of a home rental scheme for young families based partly on Austrian and former Hungarian examples, the radical nationalist party deputy group leader Dániel Z Kárpát said. He told a press conference that most young people have no chance to buy a home and the government could build homes for rental at a cost of 50-60 billion forints (EUR 160m-190m) to be paid from allocations for integration programmes.

After a few years, the rent could be converted to a monthly instalment that would enable the tenant to eventually acquire ownership, he added. According to Kárpát, offering homes for rent to young people would reduce emigration and boost childbirth. JOBBIK proposes that only Hungarian construction companies should be used in the scheme and they should be expected to rely mostly on Hungarian firms as suppliers.

Offering the party’s assessment of the past year, JOBBIK also said that the government had “pillaged the country by subsidising ruling party Fidesz cronies and multinationals.” Contracts offering big gains from central and local government coffers have been secured for people politically close to the government, MP János Völner, deputy leader of JOBBIK’s parliamentary group told last week. As a result, there are few Hungarian companies which can compete internationally or follow the rules of a market economy, he insisted. János Völner called it “bizarre” that while 33.5% of Hungarians live in poverty the “taxpayer is subsidising the manufacture of German luxury goods.”