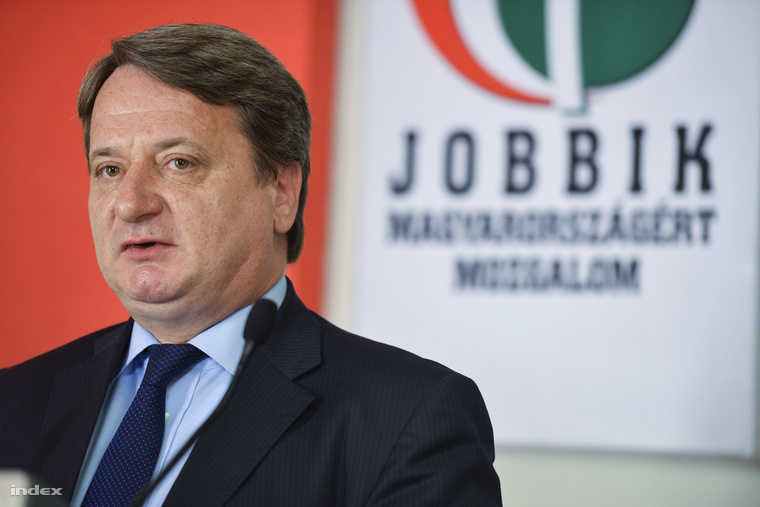 The case of Béla Kovács, a Hungarian MEP for the radical nationalist Jobbik party who is accused of spying, is the biggest political corruption scandal of the post-communist era, Lajos Kósa, the leader of the ruling centre-right Fidesz party’s parliamentary group, has said. Mr. Kovács’s immunity was lifted by the European Parliament last week.

Speaking at a press conference, Mr. Kósa said that Jobbik had been vocal in accusing Fidesz and the government of corruption, “yet the most important question marks regarding corruption have showed exactly on Jobbik’s playing field”. The lifting of an MEP’s immunity for suspected spying is unprecedented, he said. Mr. Kovács allegedly passed on information to Russia, and Jobbik has received the bulk of its financial support with Béla Kovács’s help, Mt. Kósa said. “Quite simply Jobbik serves non-Hungarian but other interests through Béla Kovács, financed by foreign powers”, he added.

Mr. Kósa said it was notable that Jobbik was calling for Hungary’s departure from NATO and the European Union while attempting to push Hungary towards Russia. In response, Jobbik called on Fidesz to look into its own misdeeds instead of mounting a diversion. It is no surprise that instead of real action, all the ruling party can do is “pull out of the hat the case of Béla Kovács which has been dragging along for a year and a half due to the government’s impotence”, Jobbik said. It criticised Fidesz lawmakers for refusing to publish the asset declarations of their family members, being secretive regarding the Quaestor brokerage scandal and refusing to support Jobbik’s proposals for fighting corruption.

Charges have been raised against Mr. Kovács by Hungary’s Constitutional Protection Office on suspicion that the lawmaker had regularly met Russian diplomats covertly and paid months visits to Moscow.