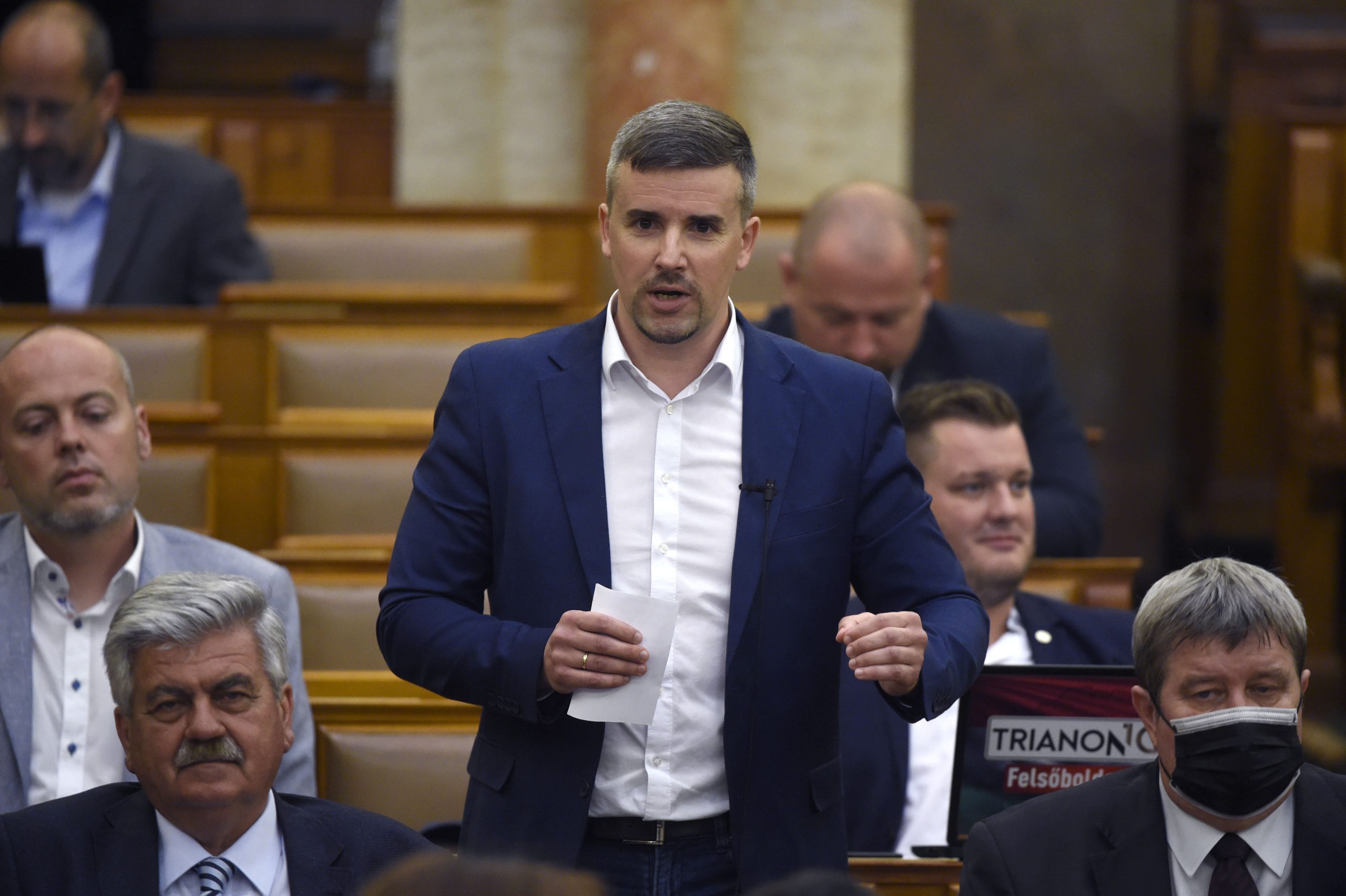 Péter Jakab announced to become Jobbik’s nominee for the pre-selection process in his annual evaluation video uploaded to Facebook on Monday.

2020 is the beginning of the end for the [Orbán] government, with the opportunity for the country to start over, said Jakab, adding that during the pre-selection people are to decide who will be worthy to defeat Fidesz.

Related article
Hungarian Press Roundup: Prospects of the Joint Opposition in the 2022 Election

According to Jakab, the country can only be led out of the crisis if there is national unity. Hungary does not need hatred, but unity and solidarity, he emphasized.

The politician called Fidesz the most exclusionary and hateful party in the country, adding that just because Fidesz became a far-right party, Jobbik did not become a left-wing one.

Due to the current election law, Hungary’s six most significant opposition parties (Democratic Coalition, Jobbik, LMP, the Socialists, Momentum, and Párbeszéd) agreed at the end of last year to run on a joint list in the 2022 general elections. They also struck a deal to run with joint candidates in all 106 individual districts, nominate a joint candidate for prime minister, and create a joint program.

Parties of the parliamentary opposition on Tuesday signed an agreement concerning principles of a joint government should they win the next general election in 2022. Signatories of the document pledged efforts to build a “democratic, socially equitable, environment- and climate conscious, cooperative Hungary”. The document was signed by leaders of right-wing Jobbik, liberal Momentum, green […]Continue reading

To find the best and most popular candidate, they want to jointly organize a pre-selection process similar to that ahead of the 2019 local elections in Budapest.

Although not much is yet known, some information has already surfaced in the Hungarian press. The six opposition parties want to find a joint candidate for prime minister before October 23rd.

One of the first politicians who applied for the pre-selection process was Péter Márki-Zay, the independent mayor of Hódmezővásárhely. Márki-Zay was the first to be supported by the six-party opposition alliance in the local election in early 2018. He is also the founder and leader of the NGO Everyone’s Hungary Movement intended to work for deeper cooperation between parties.

Another applicant who indicated his intention to become the joint candidate of the opposition was József Pálinkás, the former President of the Hungarian Academy of Sciences, who was also the Minister of Education during the first Orbán government between 2001-2002. He launched a new party named Új Világ Néppárt (ÚVNP – New World People’s Party) in October last year. His political formation however is not part of the six-party alliance of the opposition.

Among the parties of the joint opposition, Jakab is the first to announce that he will run in the pre-election, but the identity of the candidates from the other parties is still unclear.

According to the information of news site 24.hu, Democratic Coalition will nominate MEP Klára Dobrev, the wife of former PM and current DK leader Ferenc Gyurcsány. The Socialist-Párbeszéd party alliance allegedly wants Budapest mayor Gergely Karácsony to be their candidate but he seems to be reluctant to “get in the ring.”

Meanwhile, Momentum is likely to make a final decision at their delegate assembly at the end of January. In addition to the party leader András Fekete-Győr, the party’s MEP Anna Donáth was mentioned, but the name of Bernadett Szél, the former co-chair of LMP and now independent lawmaker, has also come up.