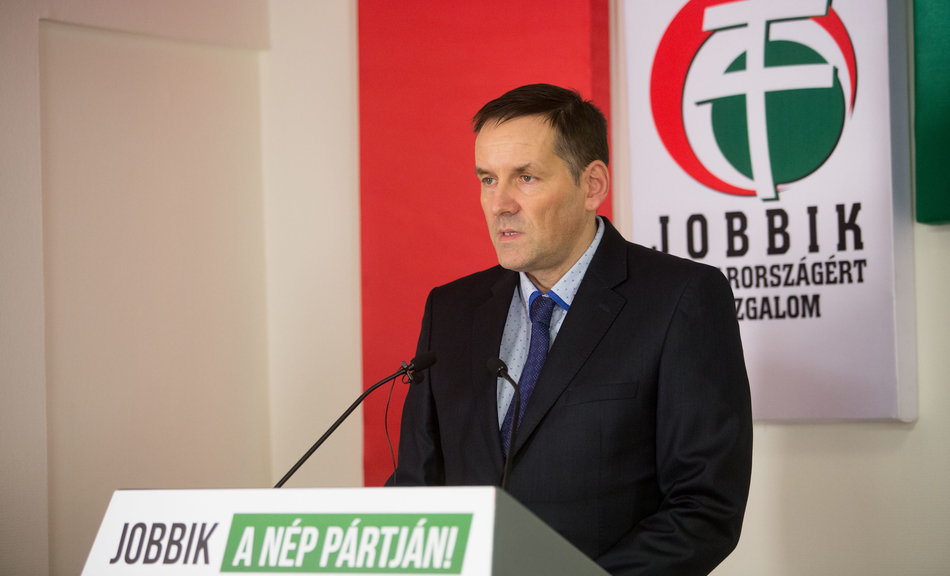 János Volner, a deputy leader of opposition Jobbik, has called for the conservative party’s leadership to be swept aside and a new one installed.

“Nobody has given the current presidium a mandate to engage in a closest possible alliance with liberal-left parties,” Volner wrote to Jobbik’s grassroots leaders, adding that a party congress should be held to elect a new presidium and officials.

A copy of his letter was published online by business weekly Figyelő on Friday.

Referring to Jobbik’s endeavours to turn itself into a “people’s party”, Volner scorned attempts to forge a close alliance with green party LMP, “a party that defines itself in its statutes as liberal and centre-left … and which, in any case, is in the midst of a cycle of self-destruction”. Such an alliance would compromise the party’s founding values and objectives, he added.

“Excuse me, but I’m not a whore,” he wrote in the letter.

Volner also accused Jobbik’s leader and his deputy of forging an alliance “with NGOs sponsored by speculator George Soros, a freemason” and the leftist opposition Democratic Coalition.

He also lamented Jobbik’s “current catastrophic state of affairs” and insisted that party members, including mayors and local government representatives, were deserting the party. He also referred to an “ongoing unethical fight” against members who are unwilling to compromise on the party’s original policy objectives and who refused to enter into an alliance with leftist opposition parties.

Earlier in the year, the former radical nationalist party’s spokesman dismissed reports of an exodus of party members. Following the spring general election, Péter Jakab said it was “natural” for members who disagree with the decisions of the party majority to quit after a leadership shake-up. At Jobbik’s May party congress, Tamás Sneider was elected to head the party. Shortly after, Jakab said: “We still insist that Jobbik must represent the whole country, left-wingers as much as right-wingers.” Jobbik lawmaker Dóra Dúró soon after announced her decision to leave the party and Jobbik’s disciplinary committee froze out former deputy leader Lászlo Toroczkai who had made an unsuccessful run to lead the party before attempting to set up a platform within it. This platform later became a new radical party called Our Homeland.

According to pro-government think tank Nézőpont’s latest poll, support for Jobbik has stagnated at 10 percent, while Toroczkai’s Mi Hazánk (Our Homeland) Movement is supported by 1 percent of voters.

via MTI
featured photo by jobbik.hu