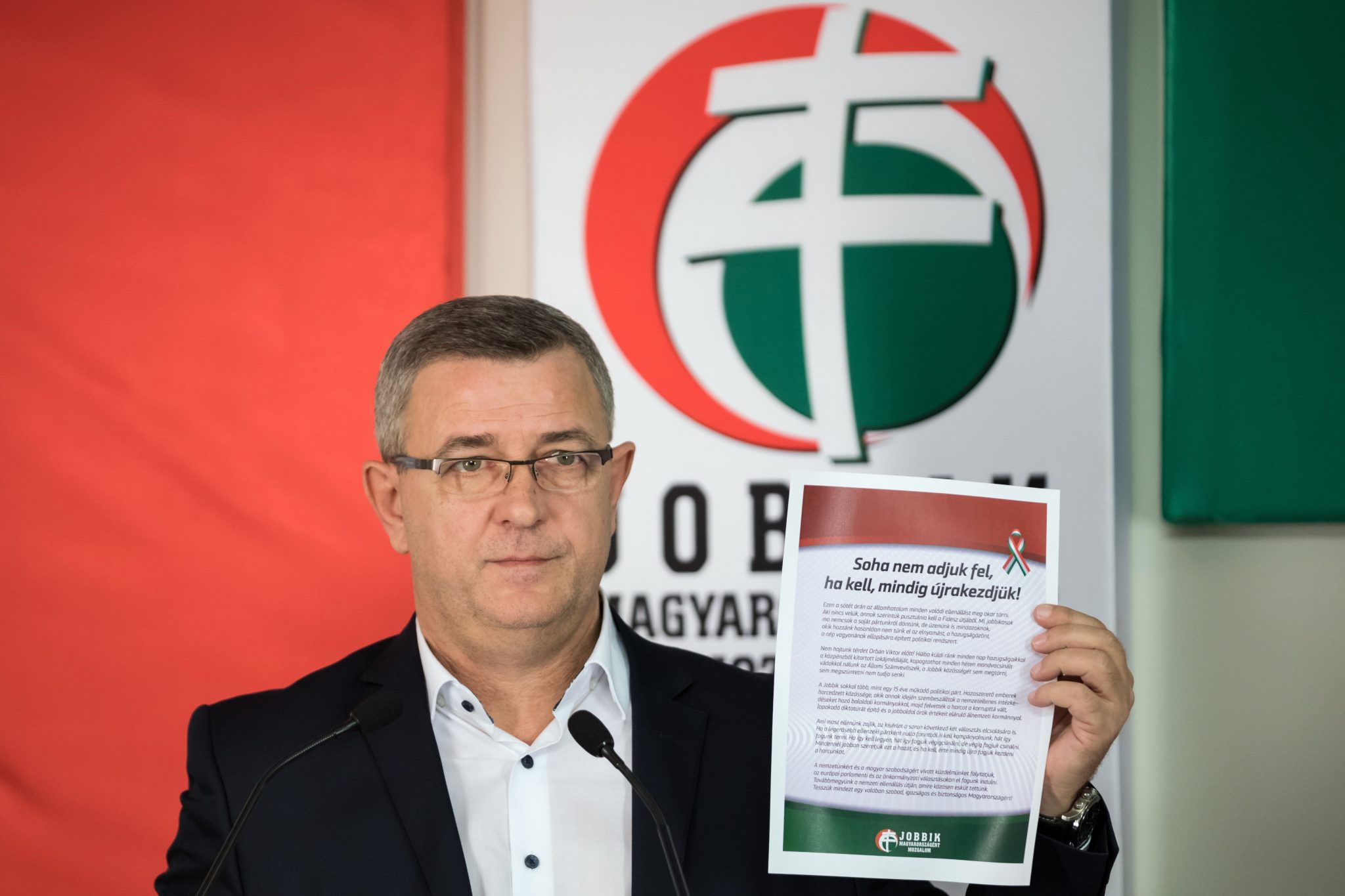 Eliminating corruption, closing “an era of keeping wages artificially low” and introducing a European wage union is at stake in the May 26 European parliamentary election, György Szilágyi, the deputy parliamentary group leader of nationalist Jobbik said on Wednesday.

Speaking to a press conference, Szilágyi called on Prime Minister Viktor Orbán and the government to disclose the invoices for the prime minister’s trips with private jets, and the resources they were funded from. Orbán’s financial situation “does not seem to allow such spendings”, Szilágyi said.

Jobbik also expects an answer on whether intergovernmental agreements have been signed on bringing “tens of thousands of Chinese guest workers” to Hungary for the construction of the Budapest-Belgrade railway, which is being co-funded by China. The answer to that question could determine Hungary’s future and show that the government is filling vacancies with foreigners instead of raising wages and stopping emigration, he said.

Jobbik intends to clamp down ruthlessly on corruption, and therefore backs Hungary joining the European Prosecutor’s Office, Szilágyi said. “While we fight corruption, Orbán and his team are fighting to maintain it,” he added.

Szilágyi also called for making all government contracts public unless they are declared confidential for reasons of national security.

In the featured photo: György Szilágyi. Photo by Balázs Mohai/MTI