Jobbik Chief: PM Orbán Should Resign If He Loses Referendum On Migrant Quotas 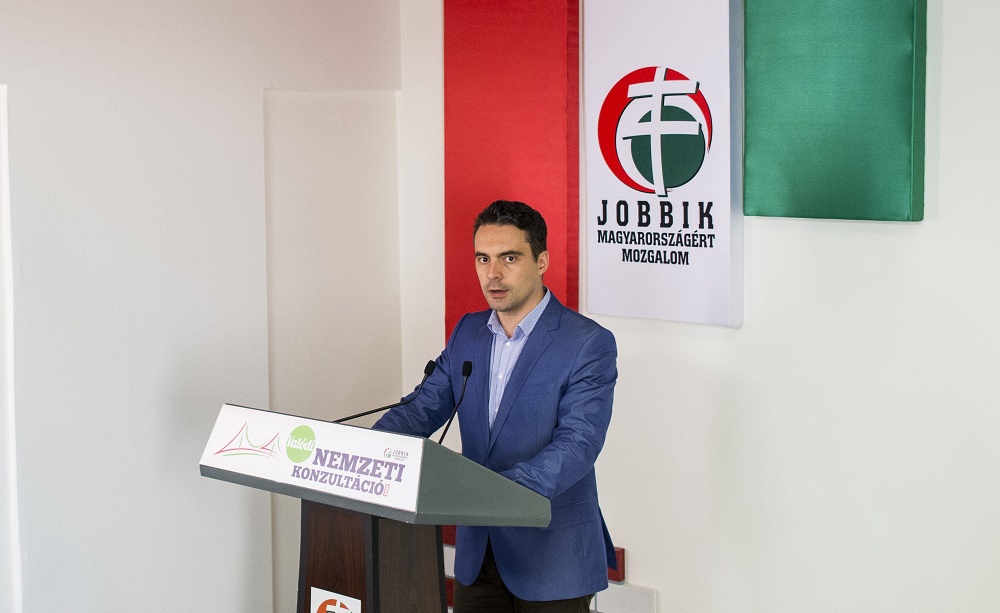 Radical nationalist Jobbik leader Gábor Vona said that Hungarian Prime Minister Viktor Orbán should resign if he loses the referendum on the European Union’s migrant quota scheme. Vona told a press conference assessing parliament’s spring session that Orbán would ultimately have to take responsibility for the result of the referendum. He regretted that the ruling parties did not consider Jobbik’s proposal to reject mandatory migrant quotas by amending the constitution.

Gábor Vona said Jobbik’s interests lie in the rejection of the migrant quota plan, adding that he, too, will vote against it. He said the two most important topics of parliament’s spring session besides migration were corruption and Jobbik’s “real national consultation” programme as part of which the party held hundreds of public forums and meeting with unions and institutions across the country. Regarding the issue of corruption, Vona called the prime minister “the hotbed of corruption in Hungary” saying that Orbán was “interested in nothing else but stealing and soccer”.

The radical nationalist party leader said each time Jobbik tried to ask Orbán in parliament about the “business dealings” of Árpád Habony, his informal advisor, Lőrinc Mészáros, the mayor of his native Felcsút or Andrew Vajna, the government’s film industry commissioner, the Prime Minister dodged the questions. Vona said Jobbik was the only party whose politicians had released their family members’ wealth declarations. The other parties had also failed to clarify whether they were involved in offshore businesses or any of Hungary’s brokerage scandals, he added.

The ruling Fidesz party responded by saying that Vona’s call for Orbán’s resignation indicates that Jobbik “is no longer interested in principles, just power and money”. Fidesz said in a statement that Vona used to be in favour of the quota referendum but “is now on the side of Brussels”. They said Vona had “started to clean house” in his party in an effort to hide its “corrupt dealings”. Jobbik is also implicated in “one of the biggest corruption scandals in Europe”, Fidesz said, referring to Béla Kovács, an MEP who is accused of spying for Russia.