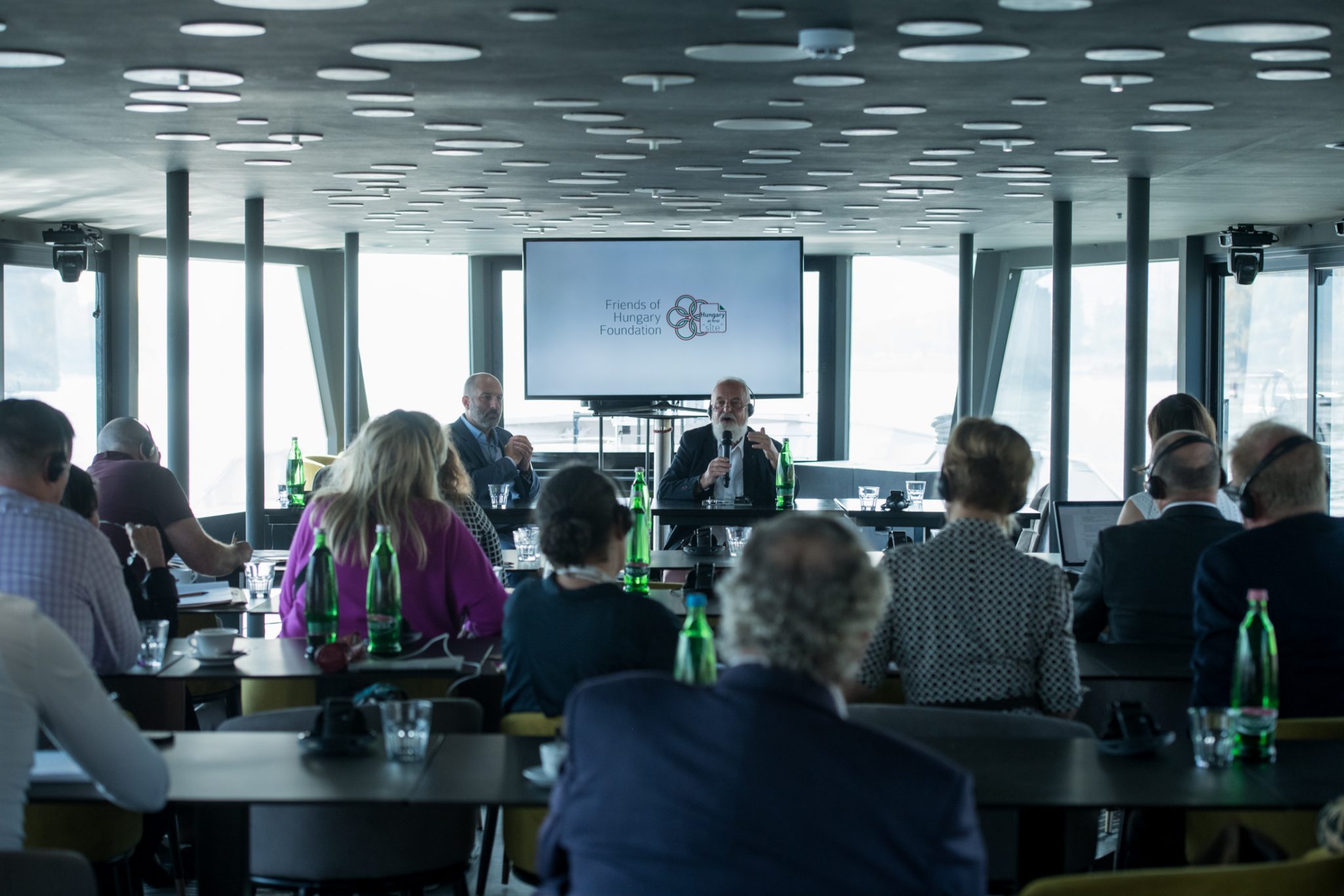 Budapest is now a secure place, where Jewish people don’t have fear physical attacks anymore – both lecturers agreed this at the Hungary at First “Site” Conference organised by Friends of Hungary Foundation. The first half of the second day of the conference was about the 20th century history of Hungarian Jewry and the Maccabi Games, that Budapest successfully hosted this summer.

The first lecturer, Gábor Deák, founder of the Hungarian Jewish Cultural Association (MAZSIKE) and curator of the Lauder Javne Jewish Community School, started with a little guidance as the boat left its dock. Journalists could take in the Danube panorama while listening interesting facts about the Jewish Budapest including Újlipótváros where heroes like Raoul Wallenberg, Ángel Sanz Briz and Carl Lutz hid and saved thousands of lives during WW2 and where Tom Lantos and Charles Gáti were also hiding two hundred meters from each other.

After seeing the Óbuda Synagogue from the boat, Deák, however, started to speak about the Jewish Budapest walking listeners through the Hungarian Jewry’s 20th century history. First he revealed how Jews hid to reveal their origins during Communism. In those times, the power didn’t tolerate antisemitism, although it was there. 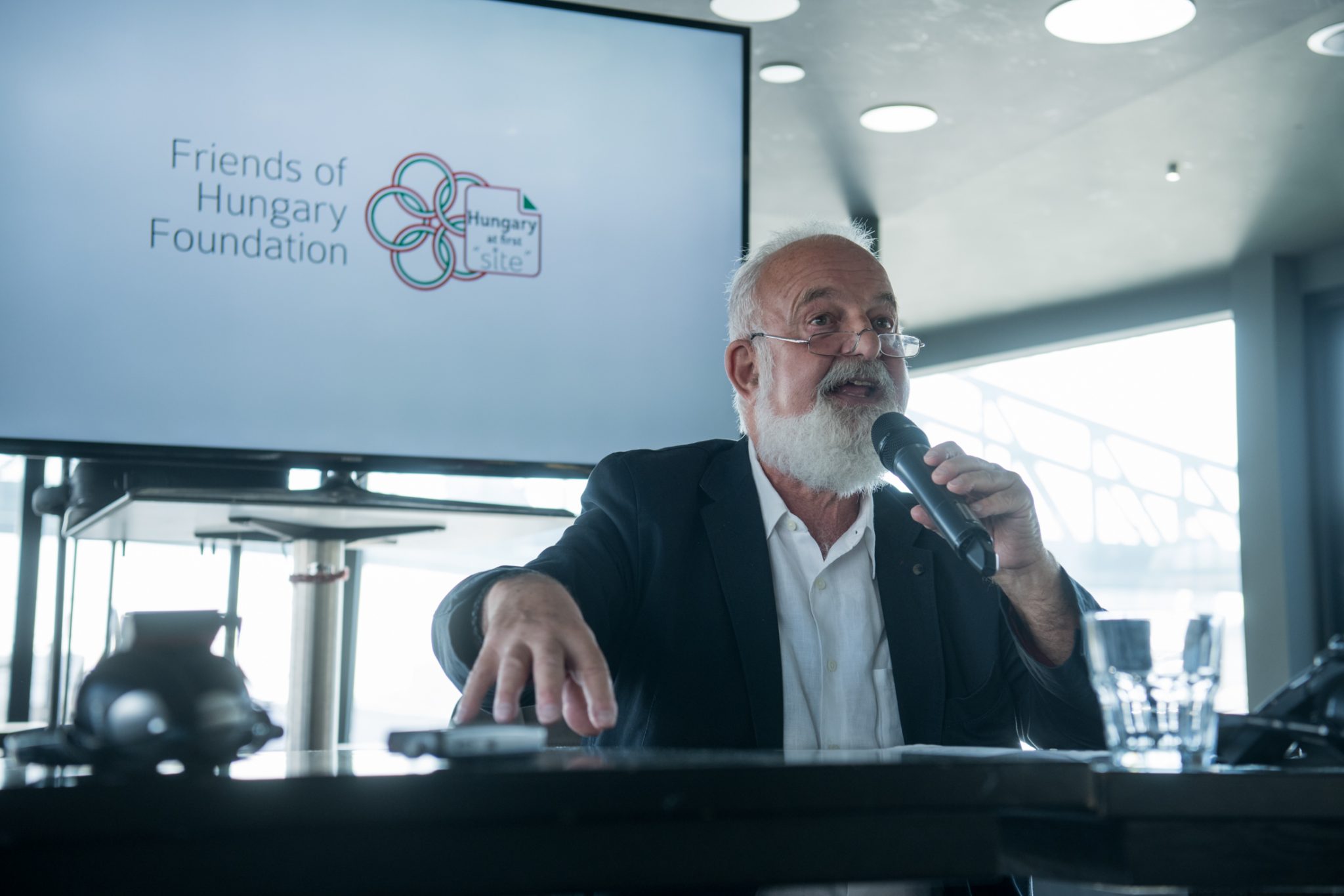 When they established MAZSIKE in the autumn of 1988, they decided to start membership card numbering from 600.000 thus commemorating the approx. 600 thousand Hungarian Jewish deported from Hungary during the Second World War. Jewish organisations and outlets in Budapest have since multiplied, he noted, citing the Lauder Yavne school, Csányi5 cultural center, Szombat (Saturday) and Múlt és Jövő (Past and Future) magazines, Gólem Theater, Bálint House as examples.

Answering to a question, Deák told that by now, Budapest has become a secure, safe and reliable place for Jewish people who are although often disturbed about certain issues but not exposed to “physical abuses” anymore. As a result, more and more Jewish investors tend to turn towards Hungary, while 90% of Jewish who did Aliyah in or after 1989, have by now returned to Hungary.

The second lecturer, Ádám Jusztin, head of Maccabi VAC Hungary and Co-Chairman of the Organizing Committee of the 15th European Maccabi Games, told about the Maccabi games held this summer in Budapest that, according to him, many regarded it as the best ever organisation of the race in its history of more than 90 years. 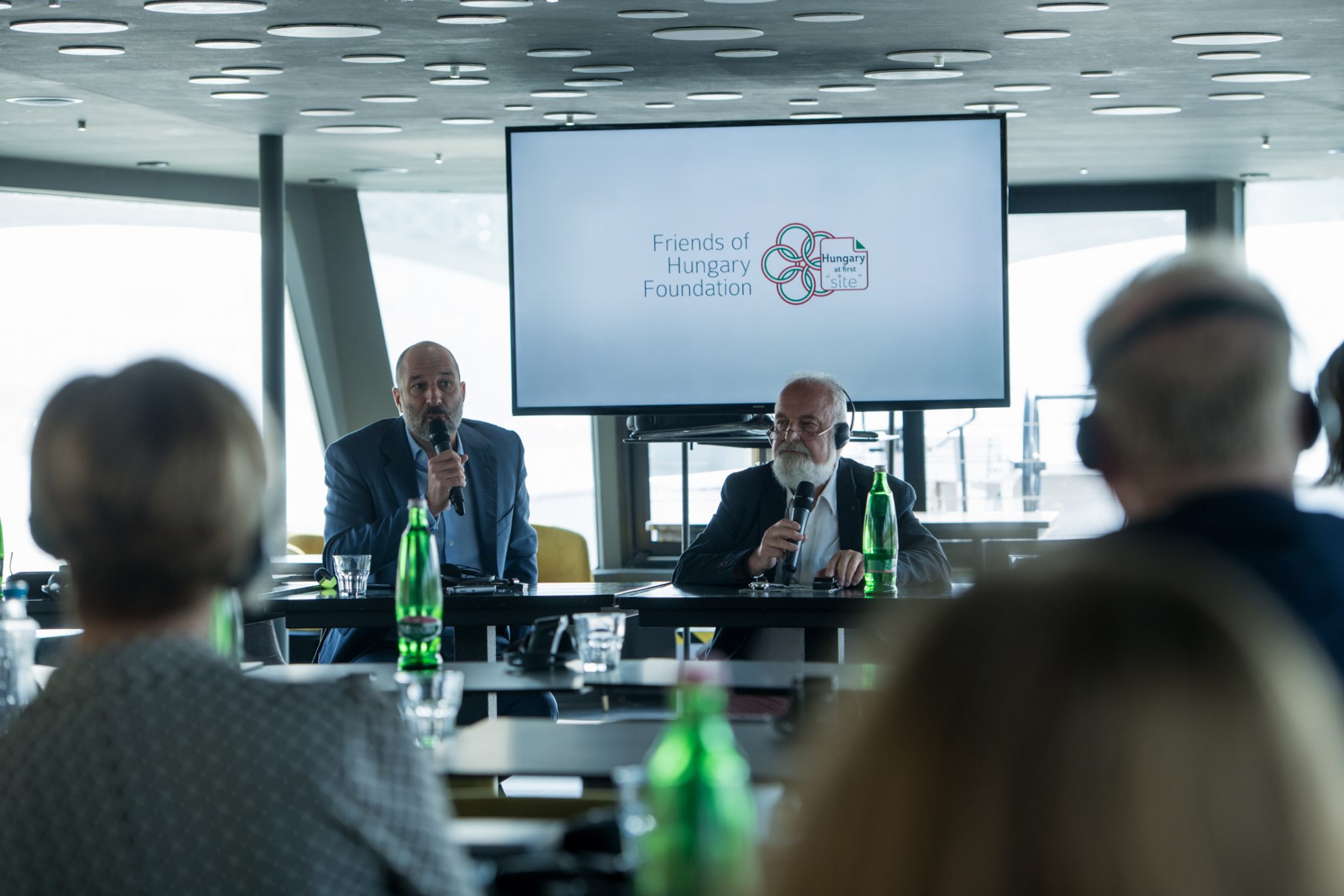 His presentation included figures about the games. In total, 2311 athletes coming from 42 countries participated. After the US, Hungary finished second on the medal table, claiming hundred silverware in total. According to Jusztin, in total 4,9 billion forints state subsidy was invested into the organisation (szervezés). The Maccabiah generated 1,5 billion forints of revenues for the state and 5 billion income for the Hungarian economy.

Although Budapest’s nomination was at first received with mixed feelings by many, the events served as a message and confirmation that Hungary by now become safe and free of threats for Jewish people.