The renovation and maintenance of Jewish cemeteries and synagogues in Hungary, Holocaust education and the House of Fates project were among issues discussed at a meeting between Minister of State for the Prime Minister’s Office János Lázár and leaders of the Federation of Hungarian Jewish Communities (Mazsihisz), including Hungary’s newly-elected chief rabbi Róbert Frölich.

Mazsihisz leader András Heisler said that it would be difficult to develop the House of Fates centre, Budapest’s under-construction Holocaust memorial museum, proposed by the government into an internationally recognised initiative under the leadership of historian Mária Schmidt, after talks with government representatives. Concerning education and the House of Fates museum, Mr. Heisler said that the most important is to instill an authentic and historically correct picture of the Holocaust and the Jewish community in Hungarian society. The House of Fates project does not meet these requirements because Ms. Schmidt, who is considered close to the cabinet, “is not an acknowledged Holocaust expert, which means that establishing an internationally recognised institution with her is very difficult”.

Cabinet chief Mr. Lázár said after meeting Jewish leaders at the organisation’s headquarters that there is full consensus on several issues and there are differences in opinion in others but the meeting was held in good atmosphere. Mr. Lázár reiterated that the House of Fates project would only be implemented if Hungary’s Jewish communities fully support its content.

However, there is more agreement between the two parties in the field of synagogues and Jewish cemeteries, with Mr. Lázár assuring the government’s commitment to the renewal of Jewish graveyards and places of worship. Concerning synagogues, the Mazsihisz leader expressed his joy that two synagogues, in Budapest’s Rumbach Sebestyén utca and at Szeged, are to be renovated soon. However, an issue at the centre of controversy is that of Bálint Hóman, a historian and interwar politician whose rehabilitation Jewish organisations dismiss because of allegations of anti-Semitism. 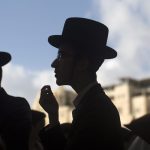