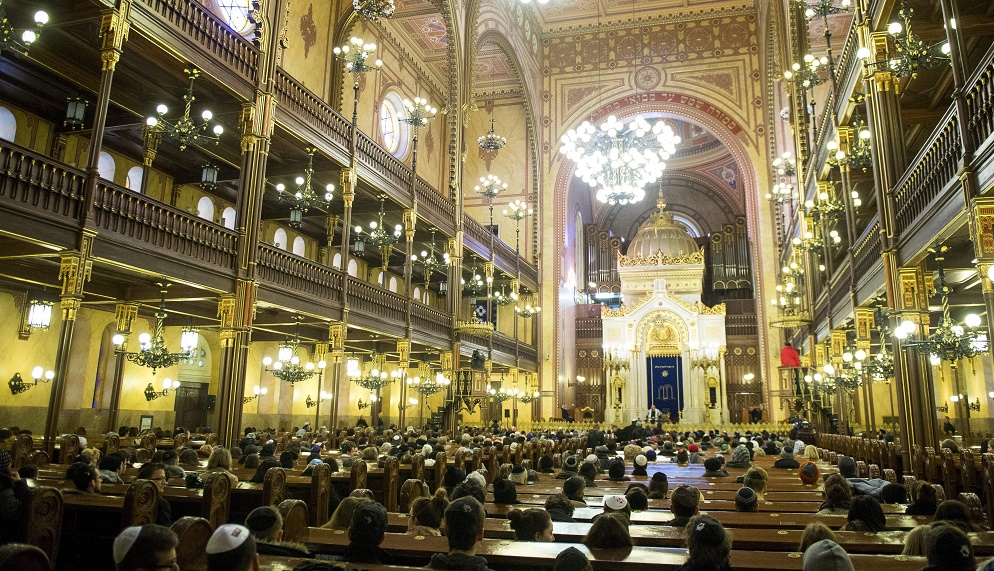 A commemoration event was held in the Dohány Street Synagogue on Monday to mark the 71st anniversary of the liberation of the Budapest ghetto. “The yellow star was removed from coats 71 years ago, but they have left a trace, memory and impact that is today’s reality,” Chief Rabbi Róbert Fröhlich said. The ghetto in central Budapest did not come about “all of a sudden”; several laws and decrees preceded it over 25 years, he noted.

The actual creation of the ghetto began in 1920 with the passing of the “numerus clausus” act, which differentiated between Jews and non-Jews — all Hungarian citizens — the chief rabbi said. The act and other anti-Jewish laws forced Jews out of more and more careers and ultimately “life itself,” said Fröhlich. Never will the Holocaust be forgotten, he added. The commemoration ended with lighting candles and placing pebbles in memory of the victims.

Meanwhile the German-speaking victims sent to labour camps in World War II have also been commemorated in Hungary. “Justice must be served to people who became innocent victims of a merciless dictatorship”, Economy Minister Mihály Varga said addressing a commemoration event held on Sunday in honour of the victims. “Justice can only be served through understanding the past with a national responsibility felt in unity over each other”, Varga said at the event organised by the local council of Óbuda-Békásmegyer, in northern Budapest, the German local government and the Braunhaxler Association.

At the end of the Second World War millions of people were taken to labour camps in the Soviet Union, several hundred thousand of them from Hungary, Varga said, calling on everyone to remember the 20th century history of Hungary and eastern Europe in order to “free ourselves of the burdens of history”.