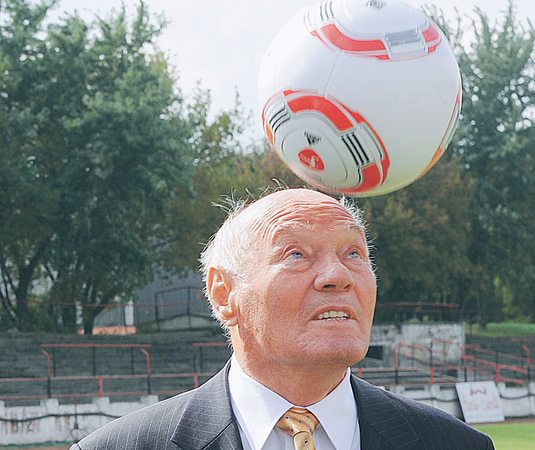 Jenő Buzánszky, the final member to be alive of Hungary’s legendary “Mighty Magyars” national football team, has passed away, his son disclosed. Following the death of goalkeeper Gyula Grosics in June 2014, he was the last player to be alive from Ferenc Puskás’s renowned “Golden Team”.

The 89-year-old former defender, who would have turned 90 in May, died in hospital in the town of Esztergom, north of Budapest, at 8 pm on 11 January. The Olympic champion and World Championship silver medallist sportsman was hospitalised on 16 December and underwent two operations before being transferred from intensive care to the internal medicine department, after which his condition and mood appeared to improve.

Jenő Buzánszky’s death marks the passing away of the last player to be alive of Hungary’s legendary national football team known as the “Mighty Magyars”. He played for Hungary at the Helsinki Olympics in 1952, which saw the Hungary team becoming Olmpic champions, also being on the field at the “football match of the century”, Hungary’s famous 6-3 win over England in London in 1953. Buzánszky also played in all five matches at the 1954 World Championships in Switzerland, at which the country’s national team won a silver medal.

He was named Sportsman of the Nation in 2011 and was elected into the Association of Immortal Hungarian Sportsmen in November last year.

The legendary defender played at 274 championship matches and was on the Hungarian national team 48 times. Learning of his death, Prime Minister Viktor Orbán wrote on his Facebook page: “The Last of the Mohicans has passed away. God be with you, Uncle Jenő!”