As we have previously reported, the production of Dune has brought several well-known actors to Budapest, including Jason Momoa, Oscar Isaac and Timothée Chalamet. After exploring the beautiful capital, attending a concert by Grammy-winning guitarist Al Di Meola and jamming backstage, Momoa continued his Budapest adventures by getting a tattoo in the city.

The Aquaman and Game of Thrones star got a tattoo alongside his friend Mada Abdelhamid, a personal trainer and professional wrestler. Momoa’s tattoo is the logo of his creative production company, On the Roam, which produces scripted and unscripted original branded content, television series and motion pictures. The tattoos were done by Hungarian tattooist, Robert Borbas (Grindesign).

Guess I’m with this fucker for LIFE ⁣⁣⁣ ⁣⁣⁣ Got my first tattoo today and couldn’t be more honored than to have ON THE ROAM as my first! Today marks a special day for us… love you cuzzy bro… OHANA FOR LIFE!!!! Got some BIG things coming…. ⁣⁣⁣ ⁣⁣⁣ Shoutout to one of the best tattoo artists in the game @grindesign_tattoo he is straight ⁣⁣⁣ ⁣⁣⁣ #OnTheRoam⁣⁣ #Ohana⁣⁣ #LookAtYaBoy⁣ #LookGooooood⁣ #⁣CelafainWrap⁣⁣Gang #BigNasty 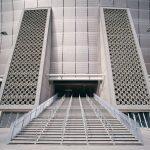