The proposed sale would see beverage colossus Anheuser Busch InBev sell the Czech Pilsner Urquell and several Polish beers in addition to Dreher for a total of 7.3 billion euros. According to Reuters, InBev agreed to the deal in order “to help get clearance from competition regulators for its $100 billion takeover of SABMiller.” Dreher had previously been owned by SABMiller prior to the latter’s purchase by Anheuser Busch InBev this past October.

The purchase, which will likely go through in the first half of 2017, would be Asahi’s biggest brand acquisition; in Western Europe, the Japanese company has already bought Peroni and Grolsch from SABMiller. In a statement, Asahi described the planned purchase as:

“highly compatible with our existing business in Western Europe and will strengthen our business platform, allowing Asahi to grow sustainably across Europe.”

The deal would be the second-largest purchase ever by a Japanese beverage company; the largest occurred in 2014, when Japanese distiller and brewer Suntory Holdings Ltd bought the American Beam distillery for nearly $14 billion.

Via Reuters, MTI, and index.hu 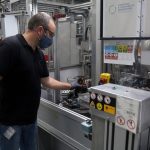