János Selye: The Hungarian Scientist Who Defined “Stress”, Yet Was Denied a Nobel Prize 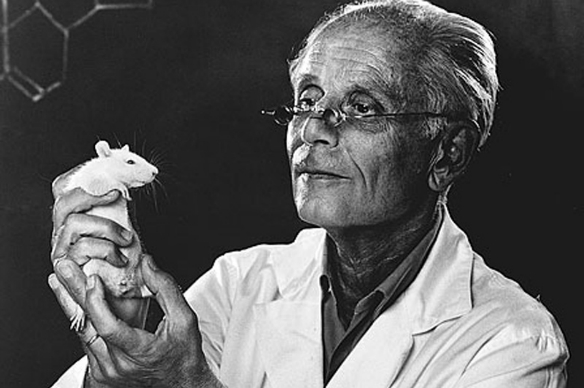 “It’s not stress that kills you, but how you react to it,” said Hans Selye, who was born 111 years ago; that is János Selye, professor of Internal Medicine, the father of stress research. The world famous, widely respected scientist  – whose lifework was never awarded the highest honour in medical studies, the Nobel Prize- is unfortunately not well-known in Hungary, despite the fact that his personality, science and philosophical approach, and his exemplary work all demand recognition.

Selye was born in Vienna, in 1907, the son of an Austrian mother and a Hungarian military doctor, Hugo Selye. His years as a student were spent in Komárom- where the local gymnasium and university are named after him, and a statue was unveiled in his honour- and his Doctorate was earned in Prague, where he completed his studies to become a Doctor of Chemistry. János Selye was so enamored with endrinocology, a field that was then still in its adolescence, that he often woke up at 4AM and studied until 6PM. In the following years he studied in Paris and Rome, until 1931, when he ended up in the United States on a scholarship, then later at Canada’s McGill University as a researcher. Shortly after this, the youthful Selye began working as a trustee for the research-manager of  the Universié de Montréal. His former students remember him as a professor who followed a strict routine: “Between 6AM and 7AM he started working after his morning session of swimming or biking, and he finished his work between 6PM and 7PM; the week consisted of 7 days, a year, in turn, was made up of 365 days; he didn’t take any breaks on the weekend nor during Easter, or Christmas. He was a very critical person, he almost never praised anyone.” Even so, they considered him their primary mentor, and worked in his spirit. 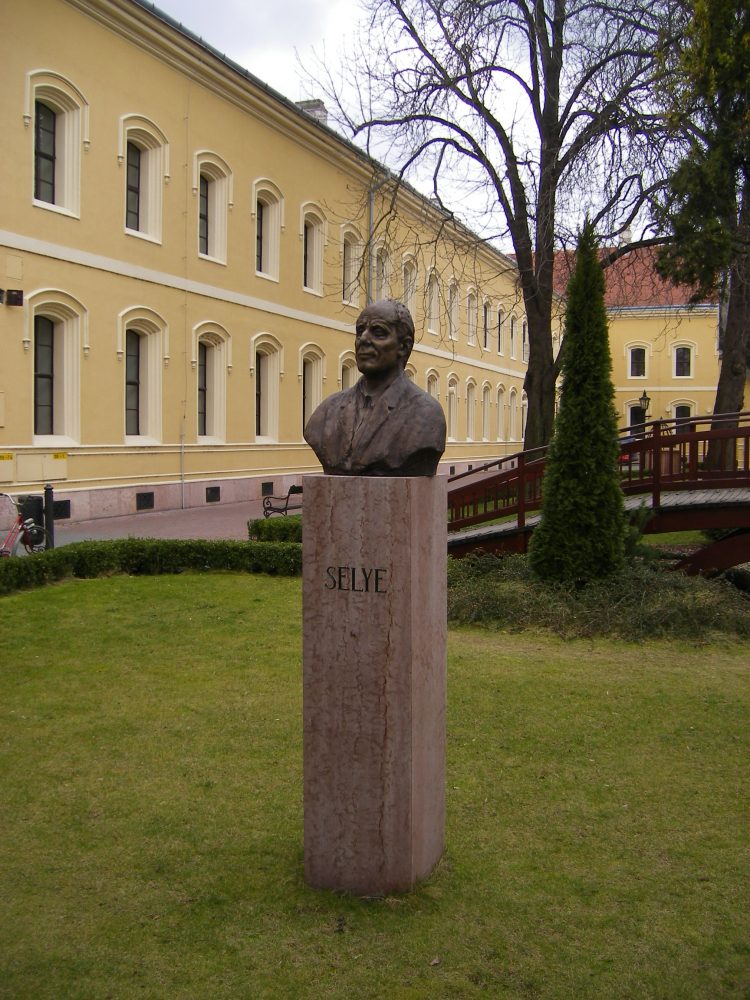 János Selyes’ first widely-published article, Stress without Distress, appeared in 1936 in the English Nature journal. In his writing, the scientist puts forth this question to the reader: “What is stress?” Selye’s response is that

Stress is a nonspecific response of the living organism to any demand for change. Stress-inducing factors – called stressors- are, for example, effort, intense attention, pain, illness, failure, joy, and success. As can be seen in the listed conditions, stress can be uncomfortable, or comfortable things as well.  The concept of distress always signifies trouble and discomfort. Though these effects are different, they still produce substantially identical physiological/biochemical changes, including nervous, accelerated cardiac output, blood pressure and blood sugar levels.

Before his research on stress, Selye spent half a century in other topics, and he created lasting works on cardiovascular diseases, cardiac necrosis, tissue calcification, the problem of aging, fat cells, inflammation, steroid hormones, thrombohemorrhagic phenomena, hormones and resistance topics; despite all this, his name grew to be synonymous with the definition of stress.

After perusing this titan of a Hungarian professor’s life work, it is incomprehensible as to why he never received a Nobel Prize. One of his students, Sándor Szabó, a professor of pathology and pharmacology – and a member of the Friends of Hungary Foundation – said Professor János Selye was too eager to receive recognition, which you can’t reveal to the awarding committee. József Hámori, a neuroscientist, said in a interview a couple of years ago that he spoke with a secretary of the committee who once said that Selye never received the Nobel Prize because he was

too concentrated on one area.

Albert Szent-Györgi, a Nobel prize-winning biochemist, reminisced about Selye earlier in the preface of one of his most important books, titled In vivo:

I wholeheartedly offer this book to every researcher who seeks clarity in the midst of complex problems, and who wishes to retain vitality of spirit. Dr. Selye speaks many languages, but even more important is that he understands the language of life, and through the help of this language he imparts unto us the exceptional and exciting experience of being able to follow him on his path into the unknown.

During his life, János Selye released over a thousand publications, fifteen monographs and seven popular books. The Hungarian professor died at age 75 in Montreal on October 15, 1982.

Images via semmelweismuseum.hu and Wikimedia Commons