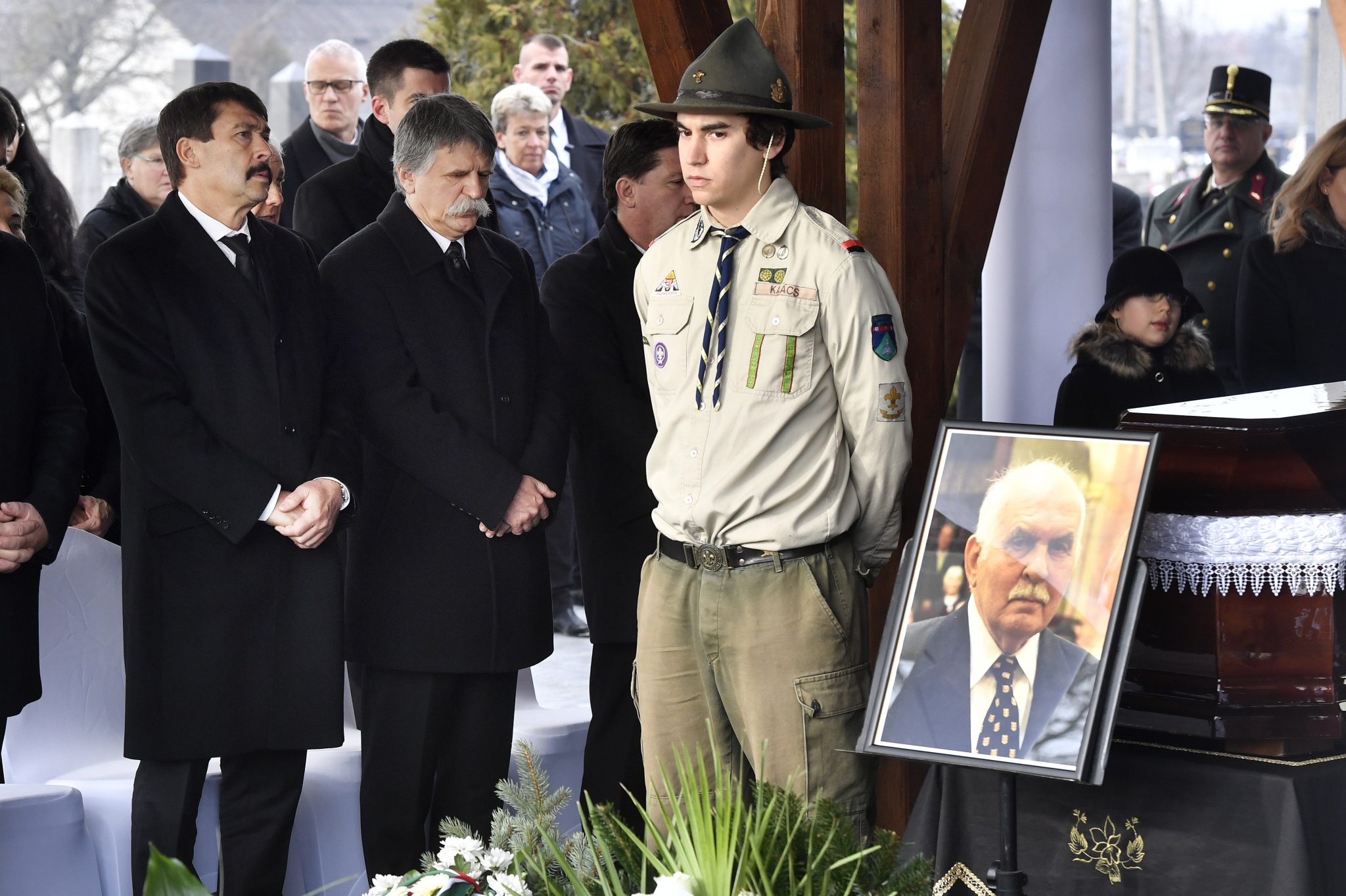 President János Áder on Thursday addressed the funeral of the one-time oldest member of parliament, János Horváth, who died aged 98 in November.

Horváth came from an era in which “freedom was not inherited from predecessors, and every generation suffered from its aching absence. Today he stands as a moral beacon,” he said at the funeral held in Cece, in south-western Hungary.

Horváth was involved in the resistance movement during WW2 and sentenced to death for printing anti-Nazi publications, but he managed to escape at the last moment. After being released from a Gestapo prison, he became an MEP of the Smallholders’ Party in 1945 but was later again arrested by the Communists and deported to a labour camp for three years. During the anti-Soviet uprising of 1956, Horváth travelled to New York as a delegate of the revolutionary forces to persuade the US and Soviet UN delegations to discuss Hungary’s future, but after the failure of talks he was barred from returning home.

He started a new life in the US at the age of 45 and received a degree from Columbia University and then lectured in three universities as a guest professor. Later on, he worked for US President Ronald Reagan. After returning to Hungary, he became a lawmaker of ruling Fidesz in 1998. Between 2003 and 2014, he was the oldest member of parliament.

In the featured photo: President Áder and House Speaker Kövér at the funeral. Photo by Zoltán Máthé/MTI