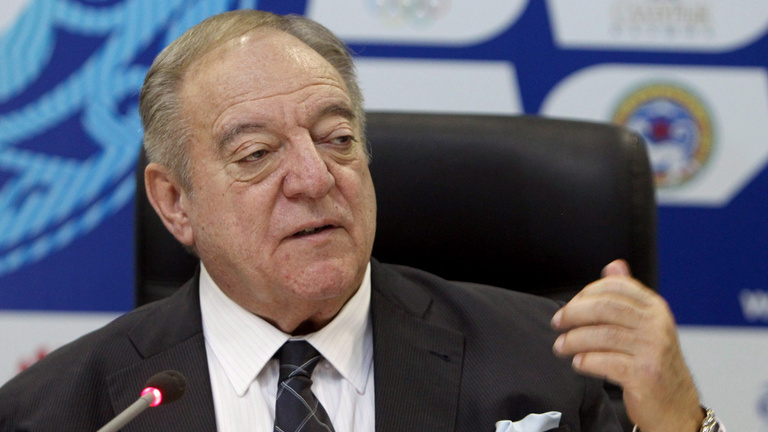 In the wake of ARD’s investigative documentary in which Hungarian sports diplomat Tamás Aján and the International Weightlifting Federation (IWF) are accused of embezzlement, document fraud, mismanagement, and helping systematic doping, new recordings have been made public. Aján, while still denying the allegations, said that he wouldn’t step down, but wouldn’t run for reelection either.

According to a thus far unknown detail of the recordings, Aján, during a 2009 audit told the Swiss auditors that “there is no need to stir up the dust (…) It can be dangerous if we make it a big problem. The most important things are unity, strength and peace.”

According to the recording, the auditors aimed to find out why millions of Euros were kept in secret Swiss accounts and why the money doesn’t appear in the books. “All amounts received must be listed in the federation’s annual budget, as they include Olympic income as well. So you have to explain to us what exactly happened. Do you understand? That’s my question for you,” the auditors persisted.

Aján said: “I don’t want to go back, but this is a very serious accusation that I totally reject. I have been working in the Hungarian and international sports community for over 45 years and no one has ever accused me like this.”

In a short interview on Thursday with tabloid Blikk, he claimed that the whole story “is very disappointing, an unjust attack against me.” He also added that he “wasn’t at all surprised seeing Baumgartner and Urso [the high-profile weightlifting leaders appearing on ARD’s report] giving their names to this smear campaign…”

To wire service MTI, he rebuffed that millions have gone missing. The organisation has two bank accounts, he said, adding that neither were secret. Also ARD’s claim that the sport of weightlifting has been overseen by a single individual for fifty years is “simply nonsensical,” he insisted.

In addition, in an interview with Inforádió on Thursday, he said that at this point they wouldn’t launch a lawsuit, adding that they are currently awaiting further evidence and additional information from ARD. And the International Olympic Committee (IOC) has requested the same from the German broadcaster. Aján took a stance by the Hungarian doping controllers as well.