Tamás Aján, head of the International Weightlifting Federation (IWF), on Friday said that contrary to recent press reports, he has not been suspended by the federation’s executive board, but rather has volunteered to “step aside” while an independent investigation is carried out into allegations of graft levelled against him.

Aján spoke to MTI upon returning from an extraordinary meeting of the IWF executive board in Doha to discuss allegations levelled against him and the sport in a recent documentary aired by German state broadcaster ARD.

The documentary aired on January 5 and said weightlifting was fraught with systematic doping, going on with the knowledge of IWF which had commissioned the Hungarian anti-doping body (MACS) with supervising all large-scale competitions and almost all world championships. The film also alleged that since 1992, 23 million dollars have been transferred to two Swiss bank accounts connected to Aján, with no record of the monies in IWF ledgers.

Aján and MACS have both rejected the allegations.

“Because of the accusations made in the documentary . I myself offered to step aside temporarily so that an independent investigation could be carried out,” Aján said, noting that the probe will be headed by Ursula Papandrea, the president of USA Weightlifting.

Aján, 81, said the investigative body will consist of external experts.

“Since I’m fully convinced that the allegations levelled against myself and weightlifting are unfounded, I’m glad that the committee is being set up and I’m certain that they will come to the same conclusion,” he said. 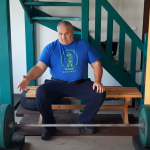 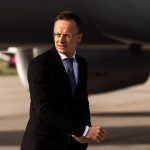