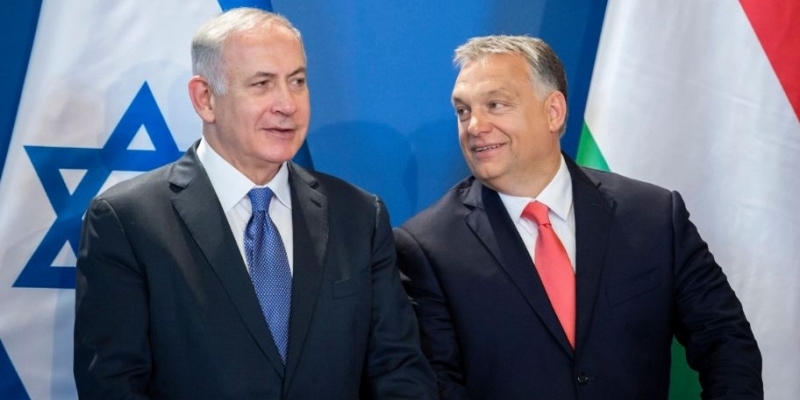 CNN has surveyed seven countries about the level of anti-Semitism in Europe. According to the report, one in 20 Europeans have never heard of the Holocaust, more than a quarter think that Jewish people have too much influence on business and financial life and one in five think that anti-Semitism is a response to the everyday actions of Jewish people.

The CNN/ComRes poll interviewed more than 7,000 people across Europe, with more than 1,000 respondents each in Austria, France, Germany, Great Britain, Hungary, Poland and Sweden.

In most countries, significantly more people said they had a favorable opinion of Jewish people than an unfavorable one. According to CNN’s study, Hungary and Poland have higher rates of negative answers. In Hungary, favorable topped unfavorable 21% to 19%, with the rest saying they had neither a favorable nor unfavorable view.

Perhaps the most astonishing result of the study is that a quarter of Hungarians and a fifth of British and Polish respondents estimated that the world’s population is more than 20% Jewish, when, in fact, that number is closer to 0.2%.

Netanyahu: Orbán opened up a center against anti-Semitism

Meanwhile, the Israeli Prime Minister commended European leaders for fighting anti-Semitism: “Merkel, Macron, May and others—they’re putting up a fight.”

He also praised PM Viktor Orbán: “I’m seeing this in Eastern Europe. I saw Viktor Orbán in Hungary—he’s opened up a center against anti-Semitism.” According to Israeli newspaper haaretz.com, Netanyahu said that new anti-Semitism poses a bigger threat to Israel and Jewish people and comes from the European extreme left and radical Islam.

Another study, another result

A statistic compiled in 2015 suggests that Hungarians are, on average, less xenophobic than their Eastern European neighbors. The data itself comes from a survey conducted by Eurobarometer and is available for all EU countries. This set of questions was last used in 2015. The study’s main question was: How comfortable would you feel if your child was in a relationship with a Muslim, a Jew, a Black person or an Asian person?

The data revealed that more than 60 percent of Hungarians said they would feel comfortable with their child choosing an Asian or Jewish partner. Hungary appeared to have the most tolerant attitude toward Asians and Jews in the Central and Eastern European region.