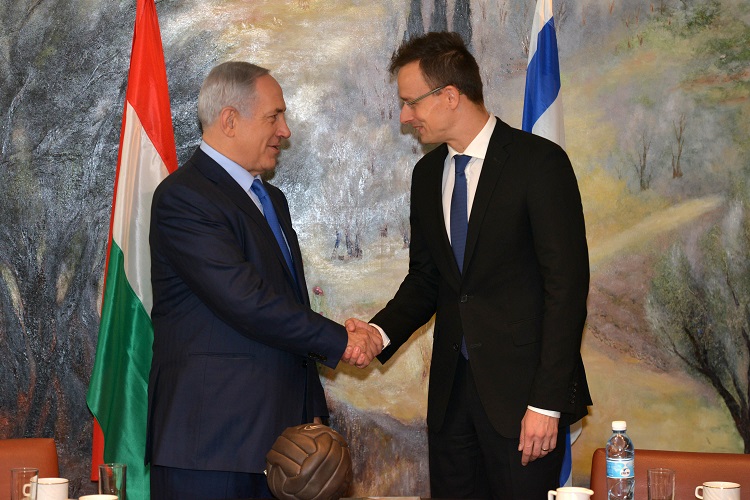 In a discussion with Hungarian news agency MTI, Bertalan Havasi, Press Secretary of the Hungarian Prime Minister’s Office (PMO), announced that Israeli Prime Minister Benjamin Netanyahu will be visiting Budapest in the second half of 2017.

According to Mr. Bertalan, an agreement about the visit was reached over the course of a series of telephone conversations between Mr. Netanyahu and Hungarian Prime Minister Viktor Orbán.

The timing of the visit will coincide with Hungary’s ascension to the rotating presidency of the Visegrád Group (V4), a cooperative alliance of Poland, the Czech Republic, Slovakia, and Hungary that works to advance the common aims of the region.

Mr. Bertalan said that while the purpose of the meeting will be to hold bilateral talks between the Hungarian and Israeli prime ministers, due to Hungary’s presidency of the V4, Mr. Orbán intends to invite the premiers of Poland, the Czech Republic, and Slovakia as well. In this way, Mr. Netanyahu’s visit to Budapest might also provide an opportunity for a summit between the Visegrád Group and Israel.

In a press conference last week, Prime Minister Netanyahu listed Eastern Europe as one of the regions he intends to visit in the coming year.