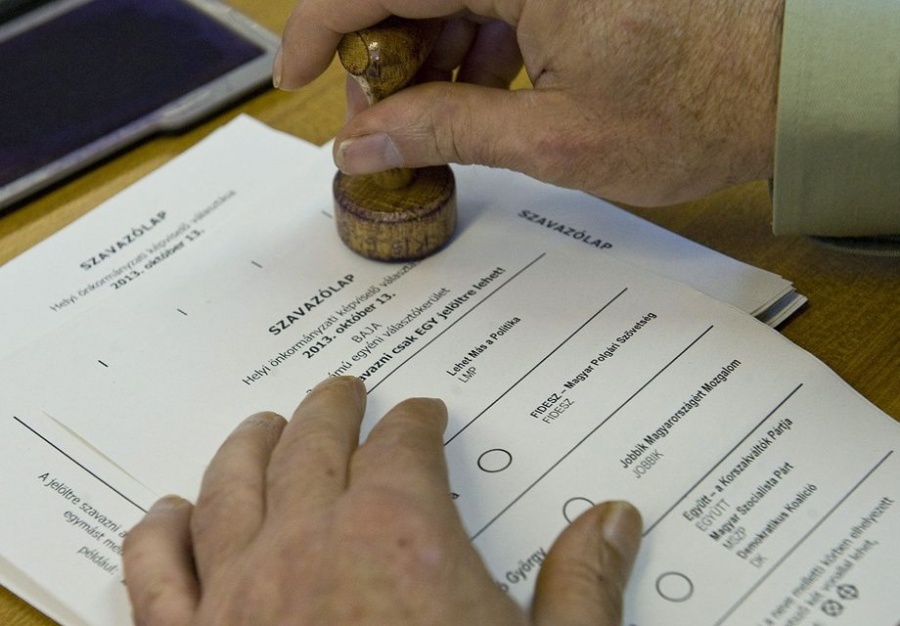 Five days before the upcoming elections, according to a latest survey PM Orbán leads confidently among the prime-ministerial candidates, while Jobbik claimed that they would introduce a pension system change, and Karácsony promised a fairer competition for employers and better wages for workers. Gyurcsány claimed that if the leftist parties win the upcoming election, they should move up the next municipal elections to autumn this year.

Fully 50% of voters support incumbent Prime Minister Viktor Orbán’s reelection ahead of Sunday’s general election, a new poll by the govt-funded Nézőpont Institute shows. The opposition Socialist-Párbeszéd alliance’s PM candidate Gergely Karácsony was backed by 13% of the poll’s respondents, LMP’s Bernadett Szél by 8%, and Gábor Vona, head of radical nationalist Jobbik, by 7%. Leftist Democratic Coalition leader Ferenc Gyurcsány was supported by 3%, and Gábor Fodor of the Liberals and the Momentum Movement’s András Fekete-Győr by 1% each, the pollster said. 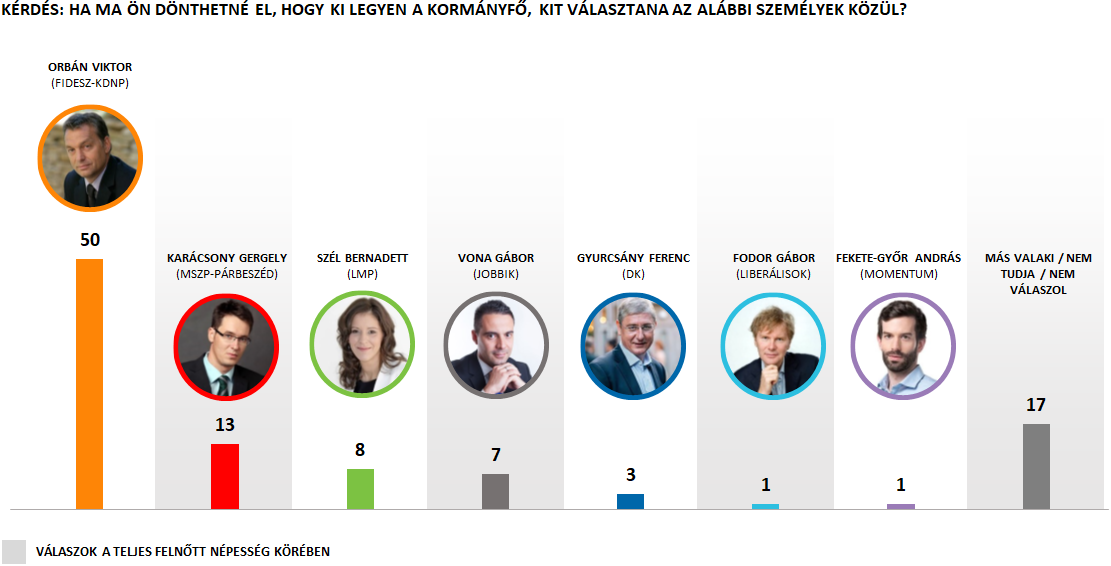 Pro-govt Nézőpont Institute’s question was: Who would you choose for the next Prime Minister? Graph: Nézőpont Ins.

If Fidesz wins the upcoming general election, it will carry on with the fostered work programme, PM Viktor Orbán said on the campaign trail. In a video published on his Facebook page, Orbán expressed his appreciation for fostered workers and their decision to look for work rather than settle for living off welfare. Fostered workers do important and valuable work, Orbán said in the video in which he is seen meeting fostered workers in Vajszló, in southern Hungary.

Jobbik, if elected into power this Sunday, will introduce measures to change the current pension system, which “has served mere political interests over the past eight years”, the radical nationalist party’s deputy leader said. Jobbik would allow men to retire after 40 years of work, an option already open to women, Tamás Sneider said. The party would introduce a proportionate and differentiated pension rise starting in 2019, he said, adding that first pensions below 100,000 forints (EUR 320) would be raised. Jobbik would introduce new rules to link pension hikes to the basket of commodities purchased by pensioners instead of tagging it to general inflation, he said. The party would also introduce a benefit to complement pensions according to the number of children raised and improve the home-care infrastructure for pensioners, Sneider added. He said that Jobbik would also launch an elderly home building programme to accommodate those 30,000 waiting for placement. Sneider pledged to set up an independent ministry for elderly and social affairs. 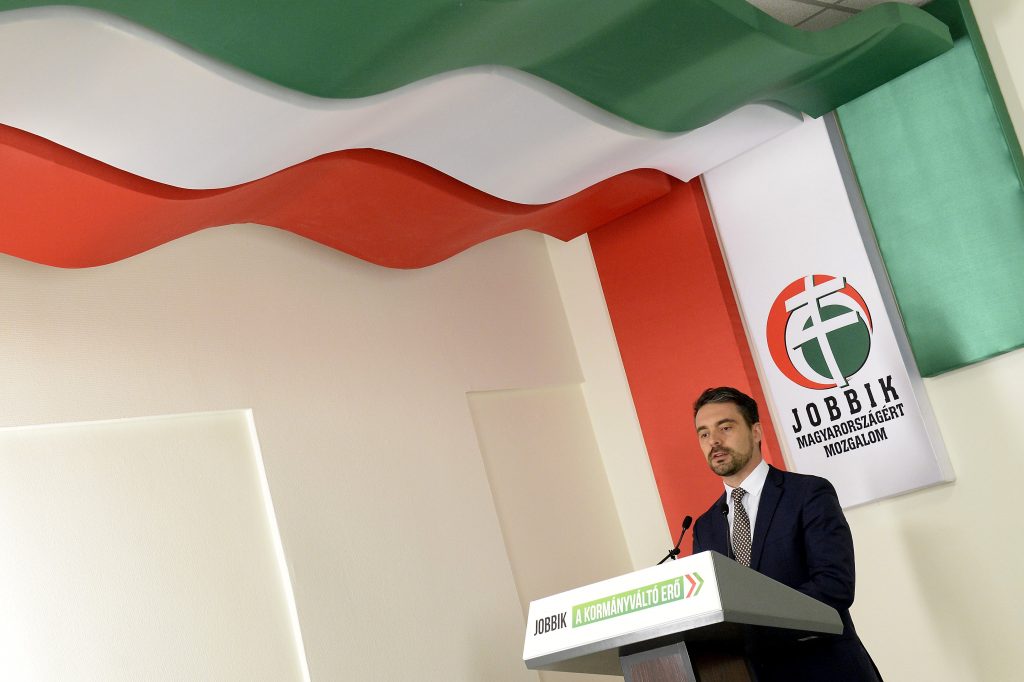 Gergely Karácsony, PM candidate of the Socialist-Párbeszéd opposition alliance, promised to guarantee fair competition for employers, fair wages for workers and to restore trilateral bargaining practices if he wins the upcoming general election. Speaking at a news conference before talks with union representatives, Karácsony underlined the importance of cooperation between workers, employers and the government. He said the recent period had been harmful for both workers and employers, arguing that the Fidesz government had gutted the trilateral bargaining system and adopted a labour code that “devalued” worker and employer rights. He vowed to adopt a long-term social and economic policy agreement that guarantees both workers and employers to take a step forward.

Asked about opposition talks and coordination regarding the election, Karácsony said the Socialist-Párbeszéd alliance will conclude its talks with other opposition parties over the next 36 hours. László Andor, who holds the employment portfolio in Karácsony’s shadow cabinet, told the same news conference that the Karácsony government would set up a modern employment service based on European examples. He named emigration and the “bloated” fostered work programme as the most serious “anomalies” of Hungary’s labour market. Tamás Mellár, who holds the finance portfolio in the shadow cabinet, said the new government will be committed to meeting the deficit target of 3% of GDP and reducing the public debt. He said the Karácsony government would restore fiscal discipline and the institution of the supplementary budget and go back to approving the state budget in the autumn. 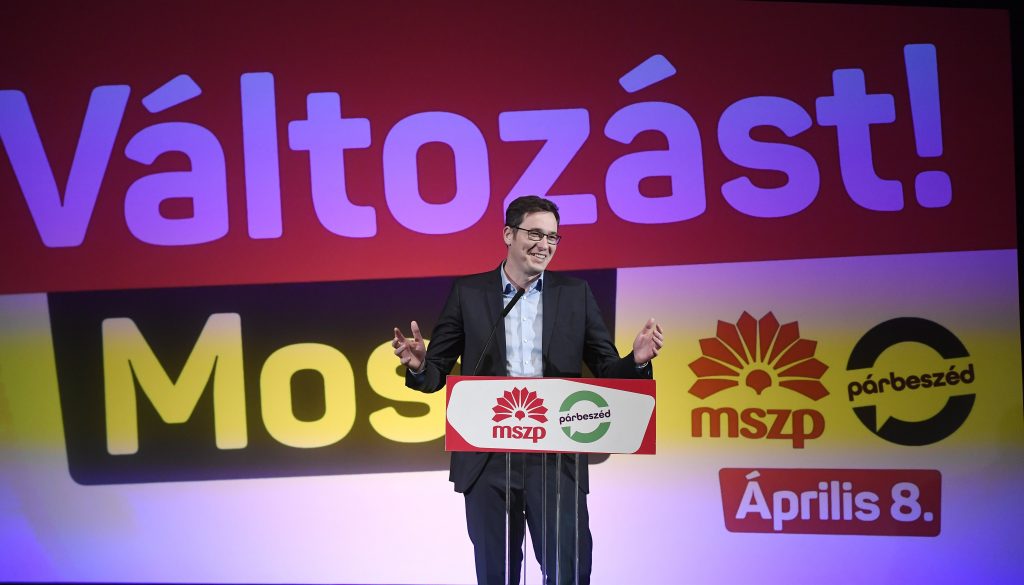 Hungary’s leftist parties, if they win the upcoming parliamentary election, should move up the next municipal elections to autumn this year rather than holding them in 2019, as scheduled, the head of leftist Democratic Coalition (DK) said. Ferenc Gyurcsány told a press conference that replacing the government was not enough and called for a “regime change” removing “all pillars of PM Viktor Orbán’s system”. He insisted that “a large part” of the local councils are “merely implementing the political will of [ruling] Fidesz” rather than serving the local community. Hungary’s new government will have to call on local governments to “give the green light” to early municipal elections, he said. Should they fail to obey, voters should “exert direct pressure” on their municipalities, Gyurcsány added.

Concerning his party’s goals, Gyurcsány said that Hungary needs to put an end to the “world of oligarchs” whose wealth has increased by “some 2,000 billion forints [EUR 6.4bn] recently”. He also called for restoration of the independence of the press, adding that “fake news must not be produced; facts must be reported”. Gyurcsány also said that the Prosecutor’s Office must be made independent of political parties. “We do not need to put up with that organisation’s covering up crimes committed by Fidesz and persecuting the government’s opponents,” he argued. 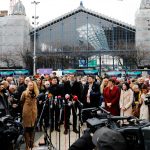 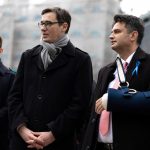