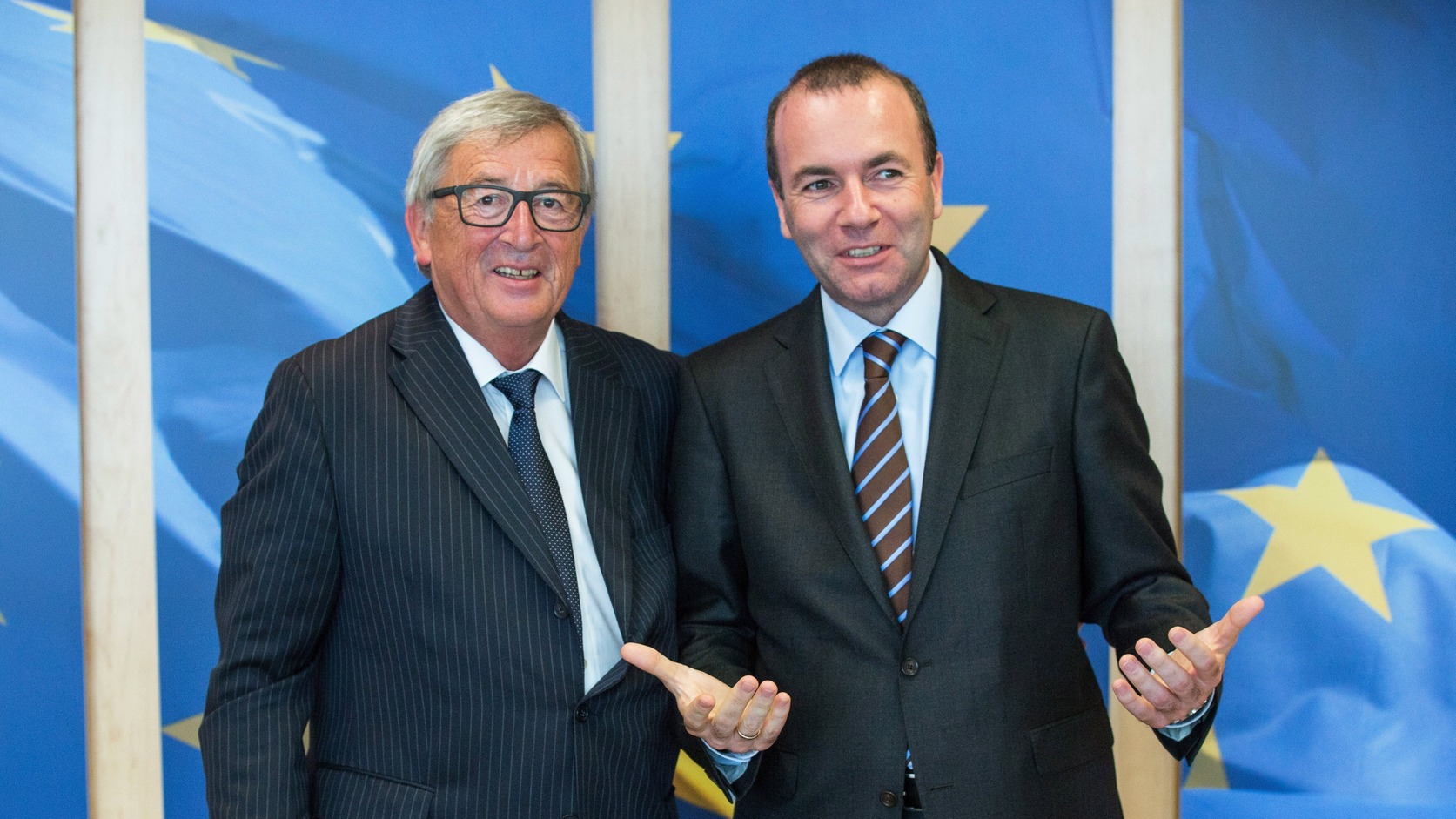 Although Fidesz officials are still using a moderate tone, the government-funded media launched an attack on the European People’s Party (EPP) pinning a “Soros-badge” on their fellow party critics. Many see this as the possible precursor to Fidesz’s departure from the largest party family or Orbán’s attempt at improving his negotiating position within the EPP.

It was revealed at the beginning of the week that the EPP put Fidesz’s exclusion on its agenda. EPP Spitzenkandidat Manfred Weber even sent Orbán a three-point ultimatum. Fidesz officials, however, shortly made it clear that Orbán wouldn’t compromise. While most doubt that anti-Fidesz forces in the EPP would have the upper hand in the case of a vote, the recent surge of pro-government media suggests that Orbán won’t wait until the procedure is done to take control of Fidesz’s future.

The government’s media offense began on Wednesday with controversial Fidesz-founder and party opinion leader Zsolt Bayer’s article. Bayer, in reference to EPP president Joseph Daul’s statement, said that Orbán crossed Daul’s red line merely by telling the truth. He argued that “Brussels, the European Commission and the EPP constantly and stubbornly say it is a lie.” He also insists that the EPP has already lost its conservative and Christian outlook and has become the home for a motley crew of left-wing, anarchist and liberal parties. In addition, he states that the EPP would be shooting itself in the foot if it kicked Fidesz out as other parties would quit the EPP as a result. But, on the other hand, according to Bayer, Daul, Weber, Juncker and Merkel would finally be able to “ally with Soros and Sargentini.”

On Thursday morning, Magyar Nemzet, regarded as the most reliable and moderate pro-government media, published an inflammatory editorial without an author’s name demanding that Fidesz quit the EPP and form an alliance “with Matteo Salvini, Austria’s Freedom Party and Poland’s ruling party.” The unknown author insists that “this is in Europe’s and the Hungarian nation’s best interest.” The EPP, they argue, “no longer protects the nation, Christianity, the traditional family model or any kind of European tradition.” It has “become the servant of sick liberalism. Whether based on fear, money, conviction or the aggressive pressure of Western media – it doesn’t matter.” The daily accused the EPP of “siding with the Socialists and Liberals and of wanting to meet their expectations,” making “George Soros’ fever dream come true.”

Amid the press attacks, government officials stayed moderate but dismissive. Balázs Hidvéghi, Fidesz’s communications director, said that although Fidesz would listen to everyone including Manfred Weber, it would put the protection of European Christian values and the issue of migration ahead of party discipline. This argument has been echoed by several other officials including State Secretary for International Communications and Relations, Zoltán Kovács.

At his regular press briefing on Thursday, PMO Chief Gergely Gulyás insisted that Fidesz would stay in the EPP. He stated that Christian democratic politics can be pursued most effectively in the EPP and that “this is what we intend to do.” After “constant negotiations,” he claimed that Fidesz and the EPP had found common ground. He argued that while Fidesz’s expulsion would be political suicide for the EPP, it wouldn’t affect Fidesz’s popularity.

In a mysterious response to Magyar Nemzet’s article, Orbán stated that “we need to be cool as a cucumber and remain calm” amid the “impatience and excitement” of the EP election campaign. He neither denied nor confirmed any of the claims.