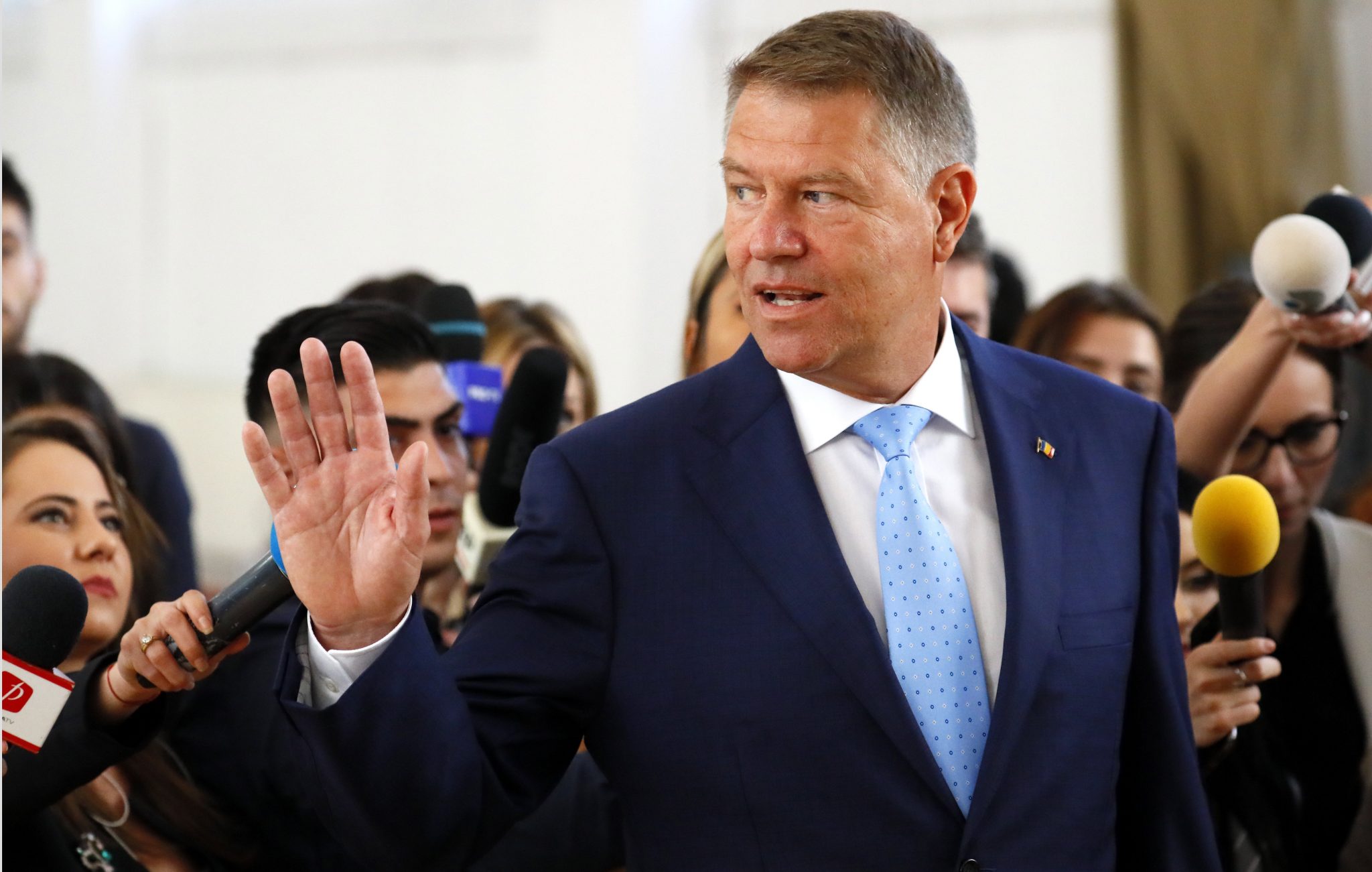 The Association of Hungarian Organizations in Germany has written an official complaint to the Board of the Charlemagne Prize of Aachen, saying that if Romanian President Klaus Iohannis does not apologize in the near future for “his irresponsible attack on the Hungarian minority in Romania and the peaceful coexistence in Central and Eastern Europe,” the association “is unfortunately forced to protest against the awarding of the Charlemagne Prize to Iohannis.”

The Board of the ‘Society for the Conferring of the International Charlemagne Prize of Aachen’ awarded Klaus Iohannis, the Romanian President, the Charlemagne Prize (Karlspreis) at the end of last year. Every year, the city of Aachen awards the prize to a personality who is characterized by their defense of European values.

However, the Romanian president recently accused his country’s social democratic party (PSD), the biggest faction in the lower House, of “secretly trying” to “return Transylvania to Hungary” after the lower House failed to schedule a vote on the Szekler Territorial Autonomy bill. His remarks caused domestic outrage and stirred up some diplomatic tension between Romania and Hungary.

After several opinion pieces were written about the case, and the Szekler National Council also announced that they are pressing charges against the Romanian head of state for incitement, the Association of Hungarian Organizations in Germany wrote a letter to the Board of the Charlemagne Prize, saying that Iohannis is unworthy of the prize.

The organization states that Iohannis received the prize for being “a great champion of fairness, protection of minorities and cultural diversity.” However, that stands in complete opposition with his recent statement in a public speech against PSD. They added that “he also used Hungarian words in a malicious, mocking manner. Such an inciting verbal derailment of a head of state against the Hungarian minority and its alleged supporters, as well as neighboring Hungary, is explicitly reminiscent of 20th century nationalist rhetoric, largely considered outdated, and unsuitable for promoting the harmonious coexistence of peoples in Romania.”

According to the organization,

Iohannis – guided by the goal of winning nationalist constituencies – set fire to one of the sensitive points of multicultural Romanian society and, moreover, causes unnecessary diplomatic tension. This threatens the stability of the whole region.”

Thus, they claim that the behavior of the Romanian President is not worthy of the Charlemagne Prize, as “the style and content of the speech in question are detrimental to the idea of this international award, which rewards the merits of European unification.”

They added that if Klaus Iohannis does not apologize in the near future for his irresponsible attack on the coexistence of the Hungarian minority in Romania and peace in Central and Eastern Europe, the Association of Hungarian Organizations in Germany will, unfortunately, be forced to protest against the award of the prize to Klaus Iohannis.

Since they sent the letter, national Hungarian organizations from Estonia, France, Latvia, the Netherlands, Austria, and Sweden of the umbrella organization Hungarian Associations of the Western European Union joined the protest.