Dr. Károly Jókay, a direct descendent of the famed Hungarian writer Mór Jókai’s older brother, was born in the US, but moved to Hungary in 1994 to start anew. A few weeks ago, at the Friends of Hungary conference, we talked with Károly and covered various topics in our conversation: moving to Hungary, the Balkans (where he worked extensively), and his work as the executive director of the Fulbright Scholarship program in Hungary, which he organizes annually for at least 20 Americans, helping to introduce them to the beauty of Hungary and its culture.

How would you introduce yourself?

My parents, both Hungarian, left Hungary in 1945, and arrived in the US in 1950, where they subsequently met.  I was born in Chicago in 1963, and raised in the suburbs of the city.

My childhood and teenage years were formed greatly around my participation in Chicago’s Hunyadi Mátyás Hungarian Scout troop where I climbed through the ranks in my years there.

In 1975 my parents sent me to the Burg Kastl Hungarian Boarding school in Germany, where I completed two years- the sixth and seventh grades. I then returned to the US, where I finished high school, then college with a degree in economics, and finally earned a doctorate in International Relations.

When I finished my dissertation in 1990, the world underwent a sudden change and I began thinking of how I could move back home, to Hungary.

Why did you decide to return to Hungary?  What was the context of that decision?  What were your aims and motivations in doing so?

I grew up speaking only Hungarian at home, with Hungarian relatives and friends visiting every weekend. We were constantly consumed by waiting for a government in Hungary which would allow us to return.

The world entirely changed in 1990: Hungary’s regime change and democratic transformation, their announcement of elections, the execution of Ceausescu, and the fall of the Berlin Wall. We then looked to each other and asked, what now? What my family had spoken of for nearly 40 years had suddenly come true. We were no longer emigrants in a political sense, but rather a diaspora, or Hungarians living in America.

From that point on, I sought the opportunity for my homecoming- and soon found it. In 1990 I finished my dissertation. At first, I assumed I would only visit Hungary, with some sort of scholarship or other- which in 1994, I did succeed in obtaining. However, what began as a one-year scholarship through the Andrew W. Mellon foundation

stretched into a 24-year stay. 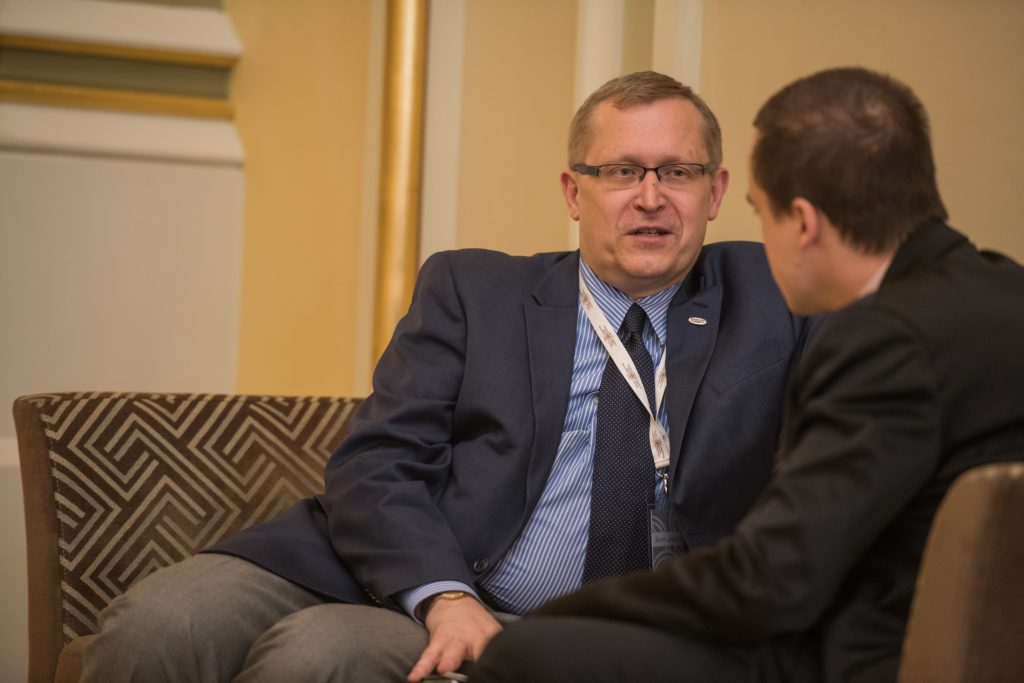 Upon your homecoming, what did you begin to do, or rather work with?

My assignment with the previously mentioned scholarship was to analyse and gather information on the economic aspects of Hungarian municipality systems. I researched recommendations for these municipalities to increase their creditworthiness.

Afterwards and consequently, I worked as, in essence, an advisor to the Interior Ministry for two years. Following this, I took on a US funded project, very similar in nature to my scholarship assignment, which consisted of researching and analysing the interactions of municipalities and civil organizations in Hungary.

By 2000, given the perceived permanence of the Hungarian regime change as well as economic strains, most of these internationally-funded and oriented projects migrated over to the Balkans and other underdeveloped areas. I too followed this movement, working mainly in Serbia, and later Macedonia and Bosnia-Herzegovina, through endeavours of the United Nations, the World Bank, and various British/American/Swedish aid organizations. I am quite familiar with the municipal systems of these countries and continue to pay attention to their development through an analytical and academic lens.

I have also had occasion to work in India and various African countries- South Africa, Namibia and Botswana- through a Swedish project. Thus, I was able to approach issues with a very international point of view; for example, in Namibia the mayor or committee member, notary or financial advisors will all have similar complaints, just packaged a little differently, as in, for instance, a Serbian village in Bosnia-Herzegovina.

You mentioned that you worked in the Balkans. After a period of peace and development, many fear the outbreak of conflict- how do you view this?

Unfortunately, I cannot predict the future, however, in my opinion we must revisit the roots of the issues which were established in times even before the Turkish occupation. While some nations in the region had their own ruling Kings, others were still chaotic and unorganized- then of course followed the period of Turkish invasion and oppression.

On the other hand, no matter how much these countries insist that they have distinct cultures and languages, they remain very similar; it is both quite funny yet revealing when after a glass of rakija, they will reminisce about “yugo” nostalgia and sing together.

By the same token, I have had remarkable and unforgettable experiences, and have forged lifelong friendships, in all three nations during my time in the Balkans. They are comparable to Hungarians in many aspects: they too think with a historical perspective, speaking of 500-year-old events as Hungarians would, and obviously we cannot forget their 450 years under Turkish rule as opposed to Hungarians’ 150.

Are these same similarities applicable to Macedonian and Albanian relations as well?

Though I cannot speak on behalf of Albanians, given that I have not spent extensive time among them, I can say that Macedonians are suffering a sort of identity crisis currently. For example, Macedonian children ages 10-15 do not fully understand Serbian or Croatian TV broadcasts. Because their parents attended Serbo-Croatian schooling, they can still understand [these TV shows], yet despite Macedonian youth growing up in the same places as their parents, they are beginning to lack understanding of these languages. I believe this is quite a sad trend, one that has a lot to unpack behind it. The Albanian question is connected with this issue (ethnic Albanians make up 35% of FYR Macedonia’s population, with significant conflict between the two ethnicities), and the situation is further complicated by increasing linguistic and religious divides. 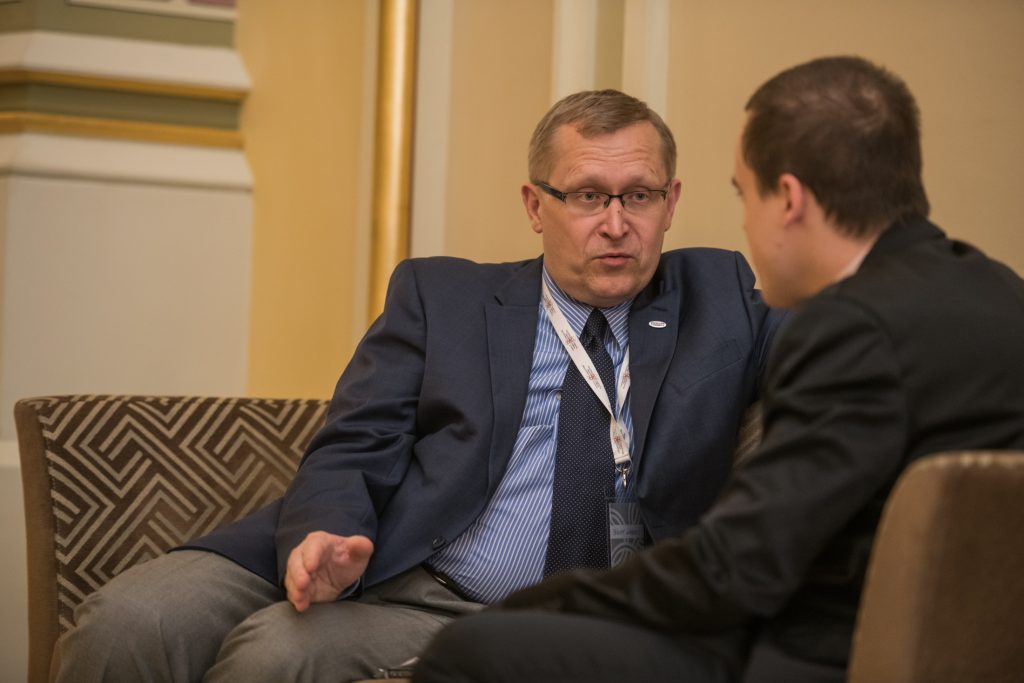 Please, tell us about any current and past organizations which you have helped found.

The majority of my father’s side of the family attended the Calvinist Boarding School in Pápa, Hungary. Starting with my grandfather, it has become tradition in my family to provide aid in various forms, mainly through scholarships, to those in need at the school.

The Jókay Foundation emerged in 1993 after the passing of my father, whose will allotted an inheritance to the Calvinist Boarding School which he attended. At this time in history, religious schools were being given back to churches and renewed in accordance with the regime change.

We decided to put this into practice by creating a scholarship basis which would offer support to a few children, usually from the countryside, every year who were especially gifted and diligent, and moreover, relatively underprivileged. Annually, 3-4 students receive the scholarship and at this point, more than 55 children have benefitted from it. The very first recipients are now in their forties with their own families; many alumni living in the Anglo-Saxon world actively participate in and donate to our program. As a result, every year we are able to fund one student’s scholarship through alumni donations. My aim is to, in the next 20 years, make the program entirely independent and self-sufficient. In addition, our program also offers support to numerous Calvinist congregations in Transylvania along with civil organizations of the same strain.

The Jókay Foundation actually functioned as an American organization up until 2003; that year, when my younger sister also decided to move to Hungary, we decided to officially transfer it to Hungary.

Your main occupation is executive director of the Fulbright Commission.  Would you describe the program for us?

In 1946, American senator J. William Fulbright developed an exchange program for both teachers and students, which was financed mainly by the sale of leftover war-time materials in Europe such as tents and trucks, between the US and the given country. Existing in 155 nations, the Fulbright program began in Hungary during the late 70s but only at a very small scale – students and professors exchanged merely one at a time.  Then, in 1992, already 25 years ago, the Hungarian-American Fulbright Commission was jointly formed by the Ministry of Education at the time in Hungary, and the American Embassy in Budapest.

In 2012 I took the reins from the first director of the program- it had never even occurred to me that I would hold a job of this nature. An old friend from scouts brought the opportunity to my attention, up until that point I had no knowledge of or connection to it.

In practice, the US sends out 20-25 students, professors, researchers and doctoral candidates in exchange for the same number of Hungarian scholars and students, from any field of knowledge (including the arts) with half- or full-year scholarships. Every year, three to four times as many individuals apply as there is space in the program. Alumni participation is substantial: helping to choose candidates, writing letters of recommendation or invitation, suggesting particularly gifted candidates and offering material support to those in need.

This work is only possible as a full-time job, considering the constant seeking and development of contacts, meetings and expansion of potential relationships with others.

Orientation for 22 @FulbrightHU @FulbrightSchlrs and students headed for the US followed by cruise on the Danube w/ alumni. pic.twitter.com/7eLbFW4Taq

Could it be considered a form of cultural diplomacy as well?

Absolutely. Every year we generate 20-25 “Friends of Hungary”; without exception, Americans who come here with the program grow to love Hungary, continually return and spread the good word- this also true for the reverse of course.

Furthermore, we always ask applicants how they would introduce Hungary in only a minute, for example if a professor invites them for dinner. Americans are typically very skilled in this, never having to practice at it or be separately taught.

I have heard that the Fulbright program takes Roma integration very seriously and works closely with the Jesuit Roma Residential College?

It is important to note that within the Visegrad Four– or rather six (including Bulgaria and Romania) – the academic integration of the Roma is imperative, and Hungary has taken exceptional measures to achieve this.

In the past five years now, we have contributed to these efforts by utilizing one of our American candidates whose specialty it is to teach English to foreigners, but is also skilled in another specialized field such as music or photography; they are then assigned to the Roma organizations where they work with those in the field. This program, though functioning on a very small-scale, finds great success with huge impacts on the Roma students. Every year, there are five to eight times as many applicants as there are spots, making this one of our most popular programs, yet, as of the moment, only one individual may qualify.

I consider this a unique Hungarian characteristic, a “hungaricum”, bearing in mind that neither the Czech Republic, Slovakia nor Romania pay much heed to this issue.

How is the Counter Terrorism Center (TEK) preparing to protect the Pope? How did the visits of Pope Francis and Pope John Paul II differ? Who was the man who fell asleep in Parliament and no one dared to wake him? We talked about all this and much more with Nándor Jasenszky, head of TEK’s […]
Júlia Tar 2022.08.11. 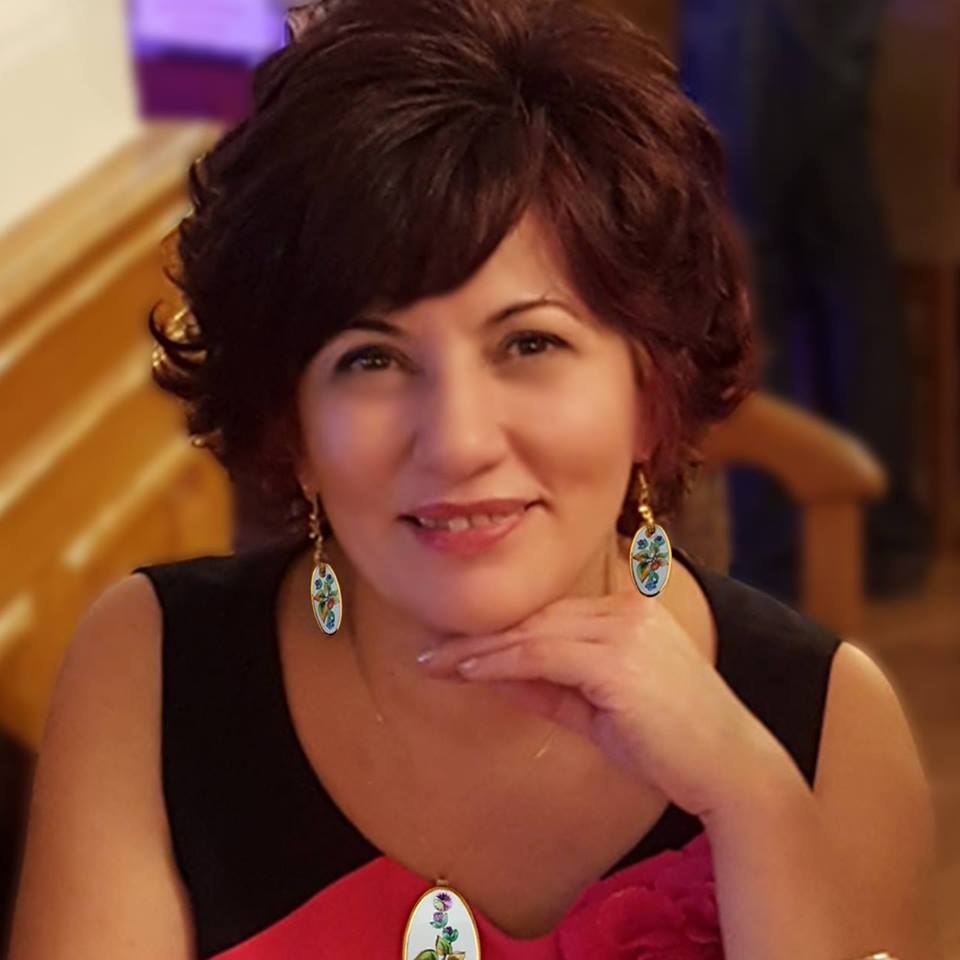 Visual artist, director of a castle museum, chairwoman of the Endre Szász Foundation, and homeopath. We asked Katalin Szászné Hajdu about visual arts, women in art, and her tasks. Interview by Enikő Enzsöl. This article was originally published on our sister-site, Ungarn Heute. Katalin Szászné Hajdu is usually associated with Endre Szász‘s widow, who continues […]
Hungary Today 2022.07.11.