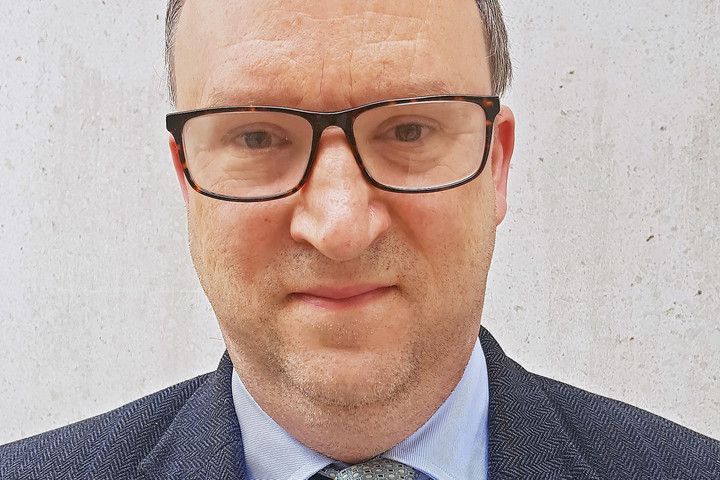 The critics of Hungary disregard the specific historical experiences of the country, and that the copying of the West under any circumstances proved to be a dead-end – says Thomas Lorman, professor of School of Slavonic and East European Studies at University College London (UCL), who has trust in the future of British-Hungarian alliance striving for sovereignty. He also shares his thoughts about how the migration crisis contributed to Brexit.

Based on your experiences, what part of the Hungarian way of political thinking is not understood, or misunderstood in Western Europe?

The vast majority of Western European intellectuals have misunderstood Hungarian politics dating back as far as 2010. They do not adequately take into consideration that in order to understand Hungarian political mentality, one has to look at the period between 1990 and 2010. It has been an awful transformation lasting for 20 years. It demanded serious sacrifices economically, institutionally, and socially. There were many who became undeservedly and unfairly the victims of this transformation. This is not sufficiently recognized by influential observers in Western Europe. Notwithstanding that they honour the collapse of the inhuman communist regime, they do not understand till now how painful were the changes it brought during the two decades that followed.

What kind of mistakes do you think this period was characterized by?

Between 1990 and 2010, the aforementioned western thinkers defined the structure of Western Europe as a desired destination for Hungary. There was a significant group of influential elite in Hungary who firmly shared these beliefs, and claimed that the country had to catch up to the idealized West at any price. Nevertheless, the way leading there was incredibly difficult. On top of that, as e.g. Ivan Krastev shrewdly pointed out, the goal was unreachable all along. The copy can never be as good as the original, because by the time the copy approximates the original, the original is going to change! It should be noted that the mistaken, selfish measures forced by the untalented old communist leaders resulted in high state debts and poverty. Corruption, inevitably following, pushed the country into enormous moral crisis. Socially, this blind pursuit of an unreachable model terribly devastated Hungarians’ self-esteem. The ‘you can leave Hungary if you don’t like it’ approach resulted in an unprecedented wave of emigration. This was a period of come-and-go governments with unfulfilled plans, characterized by political instability, mediocre standards and chaos.

The political steps ushered in by Fidesz are a powerful answer to a number of these traumas. The governing parties do not regard copying the models of Western Europe as exclusive solutions to Hungary’s and Hungarians’ problems. Instead, they primarily search for suitable solutions that suit the evolution of the country based on its historic roots. Enacting the basic law of Hungary is one example of applying this mentality. Reflecting on the aforementioned question (about misunderstanding) – one can only understand and judge it properly in this context.

Viktor Orbán expressed his regret several times about Brexit, saying that Hungary is losing an important ally when there is a fight in the EU about sovereignty, yet he also said that the decision of the British must be respected. What is common in the Hungarian and British politics regarding the approach to national sovereignty?

The Hungarian and British governing parties do not agree to the “more centralization at the European level” answer to every problem.

They maintain their viewpoint that it is the responsibility of the national governments to make decisions that best serve its own people. We do not expect others to defend our citizens’ primary interests. This is because these interests often contradict with other countries’ interests. However, we are ready to unite and willing to collaborate in order to pursue the common good. This is also why autonomy is an important shared value for us. Legal autonomy enables us to evaluate our own concerns and implement our own specific solutions. In my opinion, the importance of this principle is partly the reason why the United Kingdom decided to vote for Brexit. Mainly because there is an apparent ideological blindness in Brussels related to this issue. Being pessimistic, many of us believed that these principles can no longer be maintained in the EU. On the other hand, Hungary hitherto is more optimistic. Only time will tell which country has got it right. Nevertheless, prime minister Viktor Orbán unfortunately has a point when he says we can no longer be comrades within the EU. Yet I hope we can still be allies, in another framework, since we did not depart from Europe, only the EU!

The migration crises and the quota concept escalated the debates about sovereignty, do you think this contributed to Brexit?

Yes, it did. The migration crises proved clearly that EU officials of that time believed in completely different principles than the majority of voters in Hungary and the United Kingdom.

For example, officials in Brussels insisted on the principle that Europe has a unique, world-saving humanitarian responsibility, and condemned those who blurred the phenomenon of migration and asylum-seeking. Brexit gave a harsh answer to this attitude. Having said that, many of my compatriots feel that tragedies behind the migration crises are horrible, but recent election results in the United Kingdom and Hungary sent a clear message. We are not willing to bear this burden in the world alone, neither by “open doors” nor via any quota system, while facing numerous other challenges. According to the majority of European voters, our countries cannot become home for all who are in need in the world. Like it or not, politics is controlled by voters in democratic countries, and citizens decided definitively in Hungary, in the United Kingdom and widely across Europe.

When you deal with Hungary and Central and Eastern Europe, what do you find most important to teach your students and readers? What can Western Europe and the United Kingdom learn from our region?

I strive to teach my students that Central Europe has a very unique history, that is different from ours in a luckier island state.

Every nation builds on the experiences of its past, that is especially evident in Hungary.

In a book written by Pál Hatos, titled “The damned republic”, the author excellently demonstrates that the current differences in political values in Hungary can be traced back to the dividing lines already present at the time of the revolution in 1918. It is an achievement for me if my students realize that William Faulkner was right: “The past is never dead. It’s not even past.” This is valid in the case of the United Kingdom as well. This is why it is worth studying the region of Central and Eastern Europe, showing us example in many aspects, since the comparison helps us to understand the current British politics and interpretation of its history, by highlighting our mistakes and indicating how to do it better.

I hope my students also realize that by studying Hungary and the CEE region, they can examine countries who preserved even through the hardest times what they are most proud of: unique cultural heritage, human dignity and moral stance. If Hungarians were capable of this, we can be encouraged by that: we can also do it in the United Kingdom. To put it short, we can learn a lot from each other, this is not a one-way channel.