Interview With László Dózsa, The Revolutionary Who Survived His Execution, Was Declared Officially Dead,  and is Today the Director of the Újpest Theater

László Dózsa was a revolutionary in 1956. His life’s tale is the fascinating story of a freedom fighter and survivor during and after the revolution. First, he survived his own execution, only to be beaten nearly to death and left for dead in a mass grave, before a grave digger pulled him out. According to the official report of the interrogation: “he didn’t confess, he is buried”. In spite of all this he became an acclaimed actor and today is the director of the Theater of Újpest. In a recent interview, we spoke with László Dózsa about his memories of the revolution of 1956 and his life since then.

I feel that it is a duty for me to discuss the revolution and its history in the truest, most honest way possible. As an eyewitness of the happenings of the revolution and the inhuman retaliation that followed, my life itself has in some ways become the part of this history. It is important not just to speak about the revolution but find its place in my work on the stage too. This is why, in the upcoming show of the Hungarian National Theater about Ilonka Tóth, I say that the fragments of the grenade in my skull make me happy because I know these are nails in the coffin of Communism.

How did these “nails” get placed in your head? And how did you survive?

At the end of the revolution and the siege the Soviet troops defeated the revolutionaries in Budapest. They executed our group of young guys with a grenade. They stood us to a wall at the Szövetség street and they shot us in the backs with an anti-aircraft canon, but the exploded grenade’s fragments of the canon only touched my head and I survived the explosion. They took me to the hospital for the prisoners and awaited to my recovery. After I got better they took me to the prison and started the procedure of procuring my confession. I didn’t even open my mouth so they hit and kicked me nearly to death. They then threw me into a mass grave but the grave digger noticed my hand moving, so he pulled me out.

Did you anticipate the risk and the historical meaning of this all when you started the fights? I mean, did you compare yourselves to the revolutionaries of 1848 when you were fighting with machine guns in your hands as  15 year-olds, on the streets of Budapest?

Of course yes, we grew up on movies like “Föltámadott a tenger”. Obviously it wasn’t the aim of this film to make a revolution occur, but these kinds of movies strengthened our patriotism and Hungarian identity. However, to tell the truth we had a good dose of human fuckery too. Before the uprising we already had got the machine guns that we called “davaj guitars,” because these things were the part of our daily life…these were “our toys”. You know, 10 years after the war, when terror and violence became a part of everyday life, then the childe plays with these again.

How did you get the “davaj guitars”?

We …’acquired’ them (laughs). We already had a number of them before the revolution broke out. 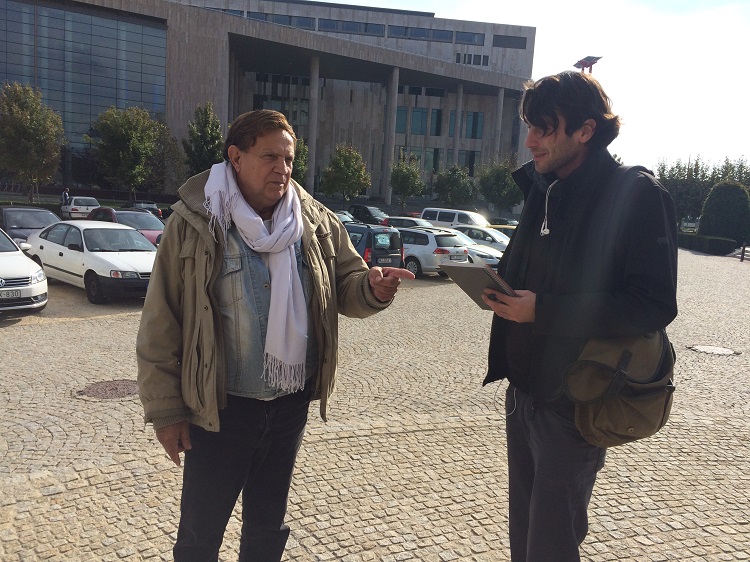 About undertaking the risk of the fight and possibly of death… Did you know that you were rewriting history at that moment?

When the revolution started we did not think about that we were taking part in a great historical movement. By the way this is why I don’t like when people look at us as heroes and statues. No, we didn’t want to be heroes or iconic persons, the sense of justice is what led us. We were witnesses of the daily fear, deportations without any reason, aggressive evictions of the communist system. I tell you a story. My family worked in the circus at the Népliget. Once, while Stoki the clown was performing his show the State Protecting Authority ran onto the stage and hit and kicked him almost to death. Then they dragged out the bloody clown from the circus. As a child I asked my mother: “What was this Mom?” She responded: “Communism”. So, we had seen and felt the unfairness and the injustice of the system, and many times a child can see the true definitions fundamental values better than an adult.

Did they tried to find and rope you in later?

After they saved me from the mass grave and I got to the hospital I was in a coma almost for half a year. When I returned from the hospital, my grandpa hid me in the countryside in Ercsi, and I lived in the cover of my mother’s family name for a while. In the official papers that I have seen in the 90s they reported: “he didn’t confess, he is buried”. So in the document of the official organizations I didn’t even exist. These official reports e were found in 1990.

How did you go from dead man to actor?

After the international scandal Péter Mansfeld’s case who was arrested at the tender age of 16, and subsequently condemned to death and executed a few days after his 18th birthday it would have been an own-goal to (re)pass a sentence upon a man who was resurrected from his grave. I started my theatrical studies in 1963. Only my colleagues knew that I was a freedom-fighter.

Did you think about emigrating from Hungary?

No I didn’t. I didn’t want to but if I had been trying to emigrate, they would have caught me for sure. Otherwise we hid weapons…we truly hoped things could be changed in the future…before 1989.

What do you think about Béla Biszku (the Hungarian communist politician, who served as Minister of the Interior from 1957 to 1961, who was charged under suspicion of committing war crimes during the suppression of the Hungarian Revolution of 1956)?

Well, I would hang Béla Biszku by his balls. The two greatest traitors of the Hungarian nation were Béla Biszku and János Kádár. The most disgusting part is that Béla Biszku and others like him live good, happy lives, while we don’t even know what happened to many freedom fighters.

Népszabadság was founded in 1956 and now it is suspended. What do you think about this?

I can live without Népszabadság. I think all this is hypocritical fake-problem that people have overreacted to. 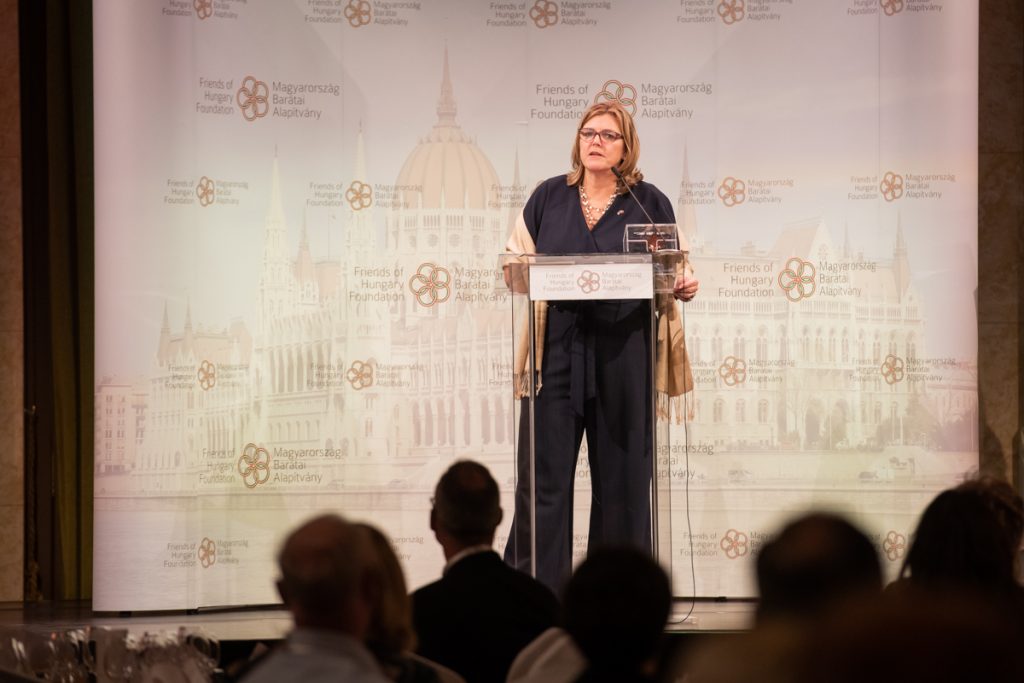 The Friend of Hungary Award has been awarded for the fifth time in 2022. One of the recipients is the Hungarian American Coalition, the largest umbrella organization of the American Hungarian community, which was founded 31 years ago, among others by Edith Lauer, who unfortunately could not attend the conference. The award was received by […]
Mariann Őry 2022.09.20.

How is the Counter Terrorism Center (TEK) preparing to protect the Pope? How did the visits of Pope Francis and Pope John Paul II differ? Who was the man who fell asleep in Parliament and no one dared to wake him? We talked about all this and much more with Nándor Jasenszky, head of TEK’s […]
Hungary Today 2022.08.11.