“Over the Last 16 months, They have Tried to Imprison me 12 times”: Exclusive Interview with Vietnamese Human-Rights Activist Nguyen Quang A

Over the summer, Hungary Today had the unique opportunity to sit down in Hanoi for an interview with Nguyen Quang A, one of Vietnam’s most well-known and well-respected human-rights activists, and a key advocate for greater democracy in his country.

Over the course of the interview, he spoke about his earlier work helping to introduce the internet to Vietnam, as well as a planned meeting with former US President Barack Obama that the authorities prevented him from attending. In addition, Nguyen Quang A also discussed the years he spent living in Hungary studying computer science and telecommunications, including his work with the Hungarian Academy of Sciences.

This interview has been edited for concision and clarity, and translated from the original Hungarian. 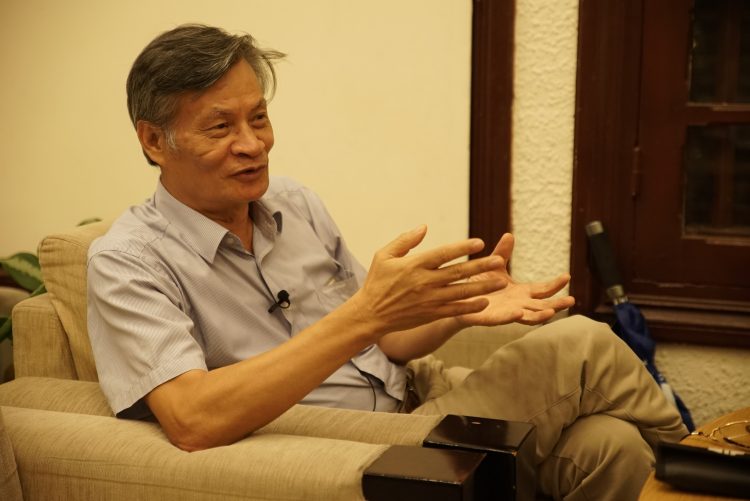 Mr. Nguyen, how would you introduce yourself to those readers who haven’t heard of you?

I was born in Vietnam, in a country that was thoroughly ravaged by the 20th century. In 1965, when I was 18-years-old, a decision came from on high that I should go abroad, and so I got on a train in Hanoi, and was taken through Beijing, Moscow, Kiev, and Záhony to Budapest. There, I first learned Hungarian at the institute on Zsombolyai street, and later studied electrical engineering at the Budapest University of Technology and Economics [BME]. Following the completion of my studies I returned to Vietnam for a few years, but later once again found myself in Hungary working as an ‘aspirant,’ that is, as a candidate researcher, at the Hungarian Academy of Sciences, where from 1972 to 1975 I worked with computer modelling; later, from 1983 until 1987, I worked on multiple access algorithms as a member of the Academy’s Computer Sciences research group.

In 1987, I returned to my East-Asian homeland for good, where I worked as a businessman, as a researcher, and eventually as the chairman of the IT association of Vietnam. In the latter position, I played a role in introducing the internet to Vietnam. Roughly ten years ago I went into retirement, and since then I have been dealing full-time with civil-society, human rights, and democracy issues. I feel this work is a responsibility for me.

What was it like as an 18-year-old Vietnamese kid in Kádár-era  Communist Hungary?

The Vietnamese government sent a huge number of students out into the world. This was partially done in order to protect them, and partially so that, when the time came to rebuild the country, these students could return as experts who had seen the world. By the way—as I later learned—they originally wanted to send me to North Korea.

In total, I spent 13 years in Hungary; in other words, my entire youth was spent there. To this day, I love Hungarian people very much, and am proud to say that I still have many friends there. Unfortunately, the strength of relationships depends greatly on time, and so it is only naturally that these have weakened. At the time, I could have chosen to stay in Hungary, had I wished. However, as I was born in Vietnam, my heart pulled me home.

You must have had a great deal of experience with Kádár-era Hungary. How did that system compare to the current Vietnamese one?

The two are rather similar, but of course there are many differences as well. In 1968, when ‘New Economic Mechanisms’ were introduced in Hungary [a major economic reform under the Kádár regime], I was working as a translator in my third year of university—which was a mandatory task for us—and so I know that era rather well as it pertains to Hungary.

Compared to the Hungary of that era, Vietnam’s economy is much, much more advanced. This is in great part due to the fact that, at the moment, the Vietnamese economy is 100% capitalist. For this reason, I wouldn’t even categorize Vietnam as a ‘classic’ Communist state. Our current government is a tyrannical dictatorship, where ideas and symbols all aid the continued existence of the Party.

In Vietnam today, anyone can say whatever they want; it’s just that this may lead to damaging consequences. In our country there are currently hundreds of thousands, if not millions, of people who use the internet to express their dissatisfaction. This can lead to serious retaliations, but people are growing ever less fearful of this. I would put it this way: freedom of speech is realized today more than it was twenty or thirty years ago, due to the fact that the authorities no longer imprison those who speak out. 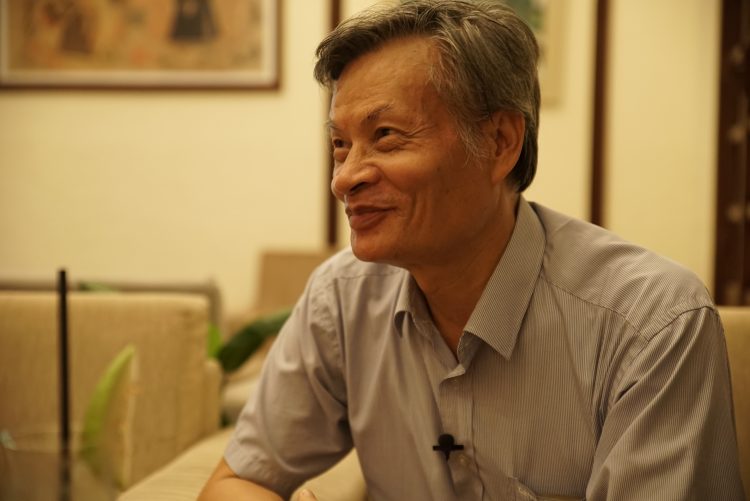 Despite all this, it was just one month ago that a Vietnamese blogger, who criticized the government’s environmental policy as well as police brutality, was sentenced to 10 years in prison.

As I said, there is dictatorship here, and for this reason the system is much worse, than that of Kádár’s Hungary. Reprisals and repression are very strong. The government ‘guarantees’ open court cases, but it is practically impossible to get into them. I tried to go in to see my friend’s case—who was sentenced to five years in prison—but when I tried to enter the courthouse, I was asked for my letter of invitation.  It doesn’t matter how upset I became that I needed an invitation to enter an ‘open’ hearing: this is what life is like here.

You have more than 50,000 followers on social media, where you regularly criticize Vietnam’s Communist leadership. Aren’t you worried that you too might be imprisoned for your public statements?

Of course, I am! You have to count on it happening, in fact. Over the course of the last 16 months, they have tried to imprison me 12 times. When I wanted to participate in the court hearing I just mentioned, I was tossed into a black car and taken to the police station, where they attempted to squeeze a confession out of me for committing acts ‘against the state.’ There have been times when they came to my home for the same reason. The Vietnamese state terrorizes many people like me.

Is this what happened when you were invited to a meeting with President Barack Obama?

Yes. American diplomats in Vietnam know me well, and when Obama came to visit in 2016 I received an invitation to talk with him. Two days before the meeting, there were already dozens of guards standing in front of my house. I couldn’t even leave my house, and was forced into an unofficial house arrest. Many activists offered to break me out, but I couldn’t accept this: if I were to leave, I would have to do so on my own two feet. On the day of the meeting I got dressed up, and as I put my foot out the door the guards grabbed me and quite literally threw me into a car, which took me to Hung Yen, a city 50 kilometers from Hanoi. They held me captive all the way until Barack Obama left the region by plane. 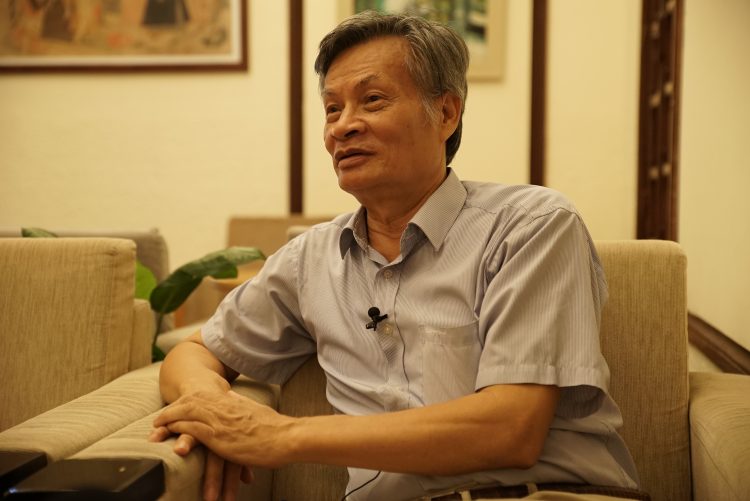 Moving on to a slightly different: when you think of Hungary, what comes to mind?

I couldn’t point to any one thing, but I love the Buda Castle, the thermal baths, Hungarian cuisine, and classical and popular music as well. We listened to a lot of songs by Illés and Zsuzsa Koncz back in the day. Szentendre, Visegrád, Pécs, and Eger are all incredible places. Every two years I try to set aside time to visit Hungary.

Do you have a favorite Hungarian historical figure?

I would have to mention [Sándor] Petőfi, [Lajos] Kossuth, and [Ferenc] Deák, even though each of them had very different personalities. When I was in Hungary I read a lot about the 1848 Revolution and War for Independence; in addition, many of the works of the men I just mentioned have been published in Vietnam as well.

My understanding is that you have strengthened Hungarian-Vietnamese relations through your own work as a translator.

Yes, I’ve translated and edited multiple books by the economist János Kornai, around 34 in total. My goal in this was to aid the education of young people. In addition, I’ve translated two works by [Hungarian-American billionaire] George Soros, although I’ve never met him personally. I will never forget when, at the beginning of the 1980s, when I was working at the Hungarian Academy of Sciences under Árpád Csurgai, George Soros donated hundreds of Xerox copy machines to us in order to aid our work.

Twenty years ago, I was convinced that Hungary and Poland were providing great examples for the world, but today that is unfortunately no longer the case. At the very least, the two countries’ attacks on civil society do not allow me to draw such optimistic conclusions.

What is your personal goal, that you would like to achieve within your lifetime?

True democracy. There are many countries that provide a good example in this regard, but I couldn’t point to any one in particular. We have to discover and build a system for ourselves, that will be acceptable to the Vietnamese people. I am a member of a civil-society forum whose openly-state policy is to win over the Communist Party and the police, and achieve a peaceful transformation of the system. In this, I think our struggle can be compared most closely to Gandhi’s fight [for India’s independence from Great Britain].

If there’s one thing that I’m certain of, it’s that, sooner or later, Vietnam will become a democratic state. As to when that will occur, that is up to us alone. We must exert peaceful pressure on the system in every field, in every minute of every day.

Hungary accepts all refugees fleeing the war in Ukraine but its borders remain closed to illegal immigrants, Foreign Minister Péter Szijjártó told the general assembly of the UN Human Rights Council in Geneva on Wednesday. “Hungary has been led by a Christian Democratic, nationally minded, patriotic right-wing government for 12 years which bases its policies […]
MTI-Hungary Today 2022.03.23. 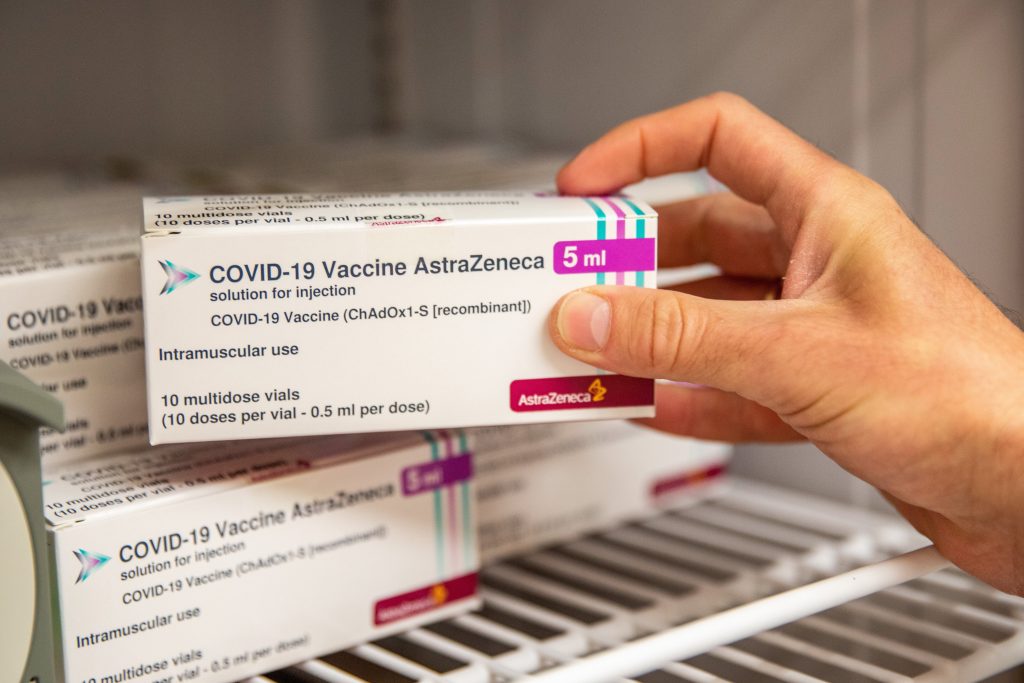 Hungary is donating 156,000 doses of AstraZeneca’s coronavirus vaccine to Vietnam, Foreign Minister Péter Szijjártó said on Facebook on Thursday. Hungary is grateful for the medical equipment it received from Vietnam during the first wave of the pandemic, Szijjártó said. In the spirit of partnership, Hungary freed up and sold 400,000 doses of the AstraZeneca […]
MTI-Hungary Today 2022.03.17.