In the 1800s, The ancestors of Baron William de Gelsey (Báró Gelsey Vilmos) gained wealth and prestige as a result of the wood and railway industries. Following his studies at the famed Trinity College, William worked first as a chemist, and then as an investment banker. At nearly 97 years of age, the Baron is still active and has many opinions on the world.

Where does your family’s history begin?

My great-grandfather, Henrik Gutmann, was a successful businessman in the mid-1800s, he bought or inherited a large forest close to the river Drava (Dráva), and for this reason the wood industry was where it really all started. The family produced barrels for storing alcoholic drinks. The business was headquartered in Nagykanizsa (a city in Southwestern Hungary). After a time, my ancestors realized that if they were manufacturing barrels, why not make what goes inside them as well? Thus, under my grandfather’s influence (who was also named Vilmos) in 1892 the  family founded the Nagykanizsa Brewery, under the name of Kanizsa Serfőzde Részvénytársaság, which was eventually acquired by a South African brewery.

My family’s rise largely coincided with Hungary’s successful period of industrialization, from 1867 (peace treaty between Austria and Hungary) until 1904.

When the Monarchy was planning to introduce railroads to Hungary, my grandfather was named Imperial and Royal Advisor by Emperor-King Francis Joseph in 1882. Later, my family began producing wooden railway sleepers, and in this way, we successfully entered the transport business.

In 1869, as a “thank you”, Emperor-King Francis Joseph raised our family to nobility, and this is how we received the Gelsey name (since my ancestors lived in the Zala county village of Gelse).

In 1904, in acknowledgement of our family’s efforts in establishing Hungary’s railway system, we were awarded the title of Barony.

The village where it all started is Belišće (Belistye); then part of Hungary, now it’s in Croatia, and thanks to my ancestors, Jewish settlers who later became Christian, the village blossomed from nothing into a significant settlement. 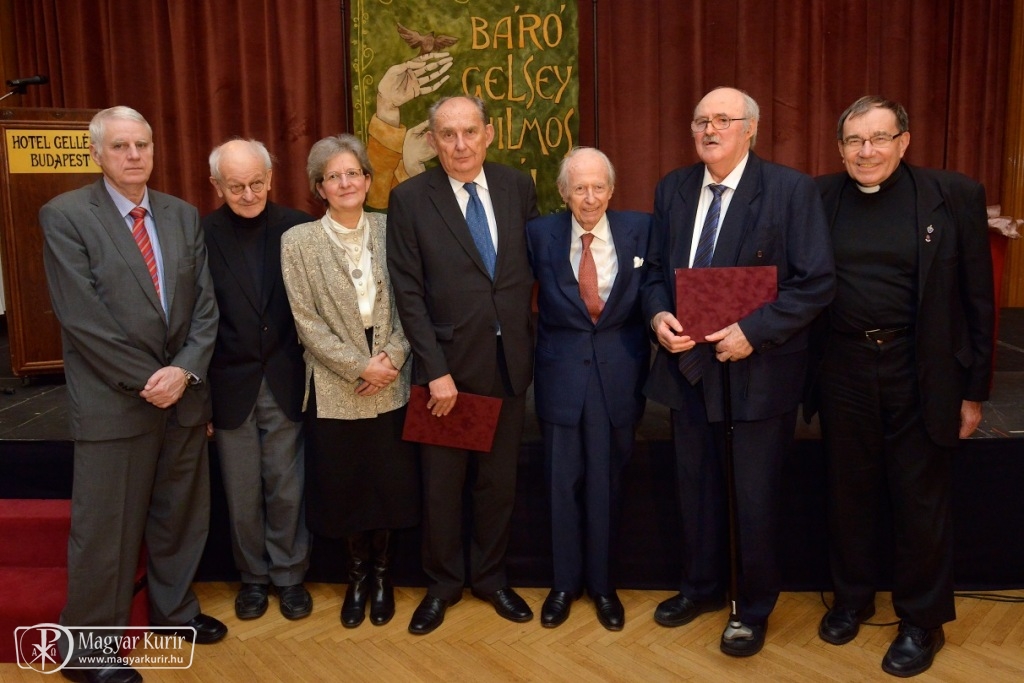 Baron Gelsey at the presentation of the Baron William de Gelsey awards. Via Magyar Kurír

Do you ever visit Belišće? How are you received there?

I visited Belišće in May 2018. The most interesting thing is that the Guttmann name is holy there, people treat us like saints. Everything goes back to the early days, and they are proud that Belišće was founded 134 years ago by the first Gutmann who settled  there.

I was granted honorary citizenship of Belišće, which for the family and me was a great honour in 2018.

After years in Nagykanizsa, my grandfather bought a beautiful spot in Budapest’s Hunyadi János Street where he built a palace, and that’s where I spent my childhood, and where my brother was born in 1924.

I went to school in Budapest called the II. Kerületi Királyi Egyetemi Katolikus Gimnázium, up in the Castle District, in Ilona utca, which is now Szabó Ilonka utca.

As my mother was Viennese, I also remember that we spent all of our summer holidays in Austria: in the Salzkammergut (St. Gilgen, Strobl, St. Wolfgang). So, we had an interesting and enjoyable childhood.

I have read that your mother was painted by Gustav Klimt. Is that true?

That’s what other people say, and she is described in a book of Klimt works as well. I have been trying to find out where that painting might be, unsuccessfully to date. So, what happened to that painting is not known. 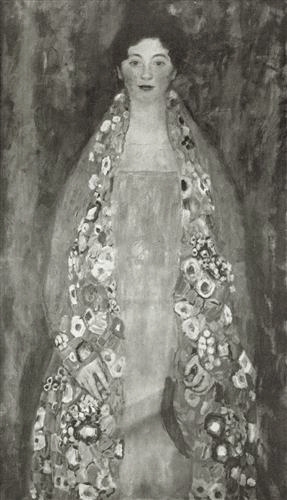 You studied in Cambridge as well?

Yes, I went to Cambridge, to the famous Trinity College in 1939 following my father ‘s presence there in 1910. The Anglo-Saxon democratic traditions had a positive impact on our family. I wanted to study chemical engineering but first I had to read natural sciences.

In 1942 I joined Imperial Chemical Industries (ICI) the leading chemical company in the UK. 10 years later I changed to finance.

I heard that you were involved in an interesting diplomatic affair once in Cambridge. Could you tell me about that?

It’s an interesting story. In 1941, I met King Peter II of Yugoslavia, who escaped to Cambridge when the Germans attacked Yugoslavia. There, he studied at Clare College. I was interested in meeting him, because Belišće, was part of Hungary, which  following the Treaty of Trianon in 1920 became Croatian. I invited him for dinner in my rooms, and we had a good discussion. After dinner I turned to King Peter and asked if I may talk a little of politics. I stated that the Yugoslavs had taken too much of Hungarian territory, and after the war we should work out a compromise. When the King asked for my suggestion I said, that after the Germans’ defeat, the border between Hungary and Yugoslavia should be along the Franz Josef Channel. The King claimed that he had never heard of it, so I showed him the position on a map: it’s here from the Tice (Tisza) to the Danube (Duna). He said smiling that wasn’t called Franz Josef Canal, it is now named “King Peter II Canal”.

After all that, we became good friends and it was through him that I met the Melchett family, so he assisted my career.

I heard that your brother and your parents’ escape from Communism was also adventurous.

That was a tragic period. I was already out in England, but my parents and my brother Alexander were still in Hungary. Alexander eventually managed to escape on the bus of the Budapest Bowling Club, which travelled to Vienna for a game permitted by the Soviets as the first sporting event. At the Hegyeshalom border, he distributed vodka for the Soviets, and at one point, once the Soviets had become “inattentive,” he just ran to the Austrian side without anyone noticing.

Now, my parents’ story is much more interesting. There was a young communist who worked in my father’s legal office before becoming a Party member. He not only became a communist but soon, he became a deputy minister of the interior. He respected my father’s family, and he then arranged that my parents could leave on the Budapest-Vienna express. But than an unfortunate thing happened: when they left their apartment in Budapest, the caretaker (házmester), being an informer, went to the police and told the authorities that my parents were escaping. So, the police stopped the train before Győr, and six gendarmes got on the train and took them off.

On Sunday however, a much younger, more civilized officer was on duty, who recognized my father from Nagykanizsa: it turned out that his father was a coachman on my family’s estate and always praised us for looking after people so well, so he helped my parents by ordering the train to stop on Sunday so that they could get on and continued their journey to Vienna.

What are you doing now?

I still work at Unicredit and Gedeon Richter. At Unicredit, I used to work in the Italian-German division, based in Vienna, before I moved over to the bank’s profitable division, the Budapest office. And I am Lifetime Honorary Chairman of Gedeon Richter, headquartered in Budapest, is a major pharmaceutical company in Central Eastern Europe, with an expanding direct presence in Western Europe, in China and in Latin America. For this reason, I currently commute between Budapest and London.

I also deal with Hungarian civic life; I have a good working relationship with Prime Minister Viktor Orbán, who awarded me the Knight Commander Cross of the Order of Merit of Hungary in 2011. 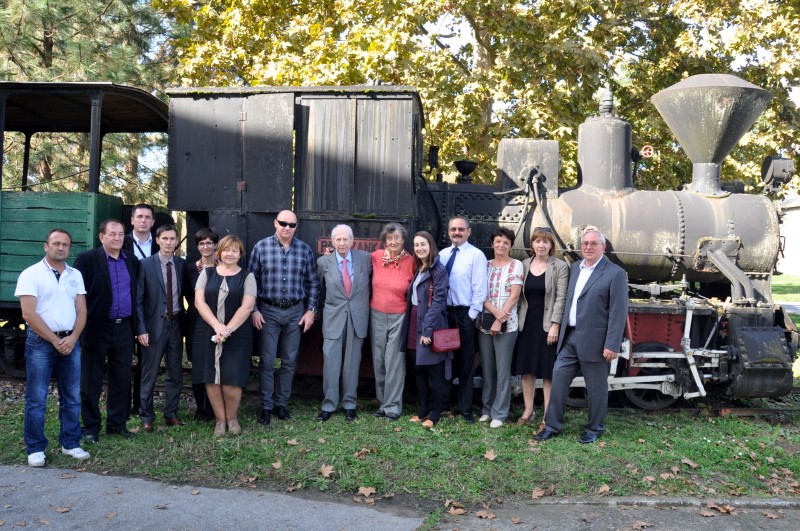 How do you see the state of Hungary today?

Do you have any regrets?

At nearly 97, I am happy to say that I am still in great health, I can travel alone, I work, and am grateful for my incredible helpers.

The one thing that I truly regret is that I never had the chance to meet my grandfather, as he died shortly before I was born in 1921.

What in your career are you most proud of?

I am most proud of the fact that, 140 years later, the Croatians of Belišće still respect and honor the memory of my family so much that they recently awarded me honorary citizenship. 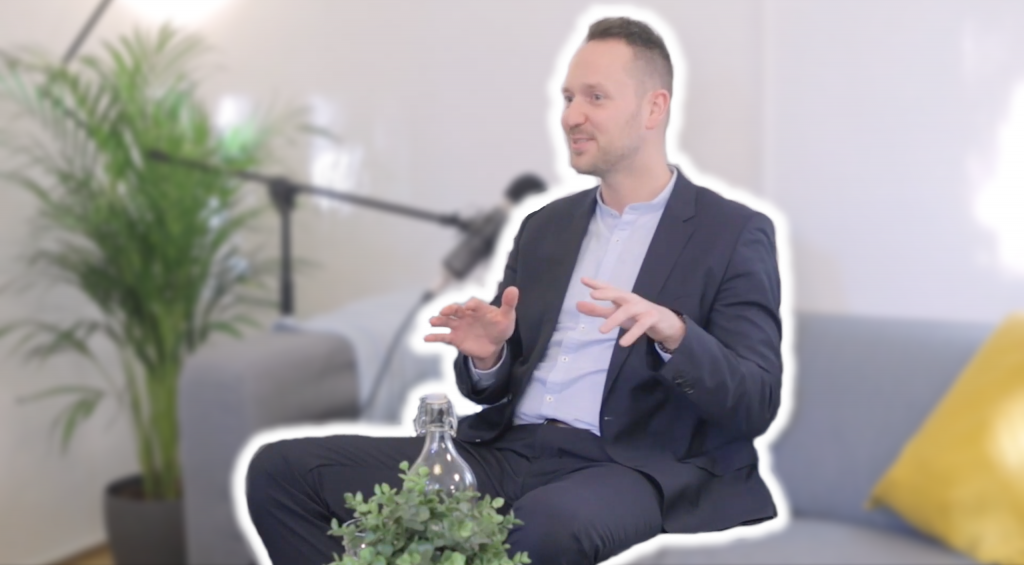 Attila Heim is Head of Qatch, a novel Hungarian sport, at the International Teqball Federation. We sat down to discuss Qatch and his career. The podcast is made by the Friends of Hungary Foundation, in collaboration with Highlights of Hungary and Future: Hungary.
Balázs Frei 2021.03.23. 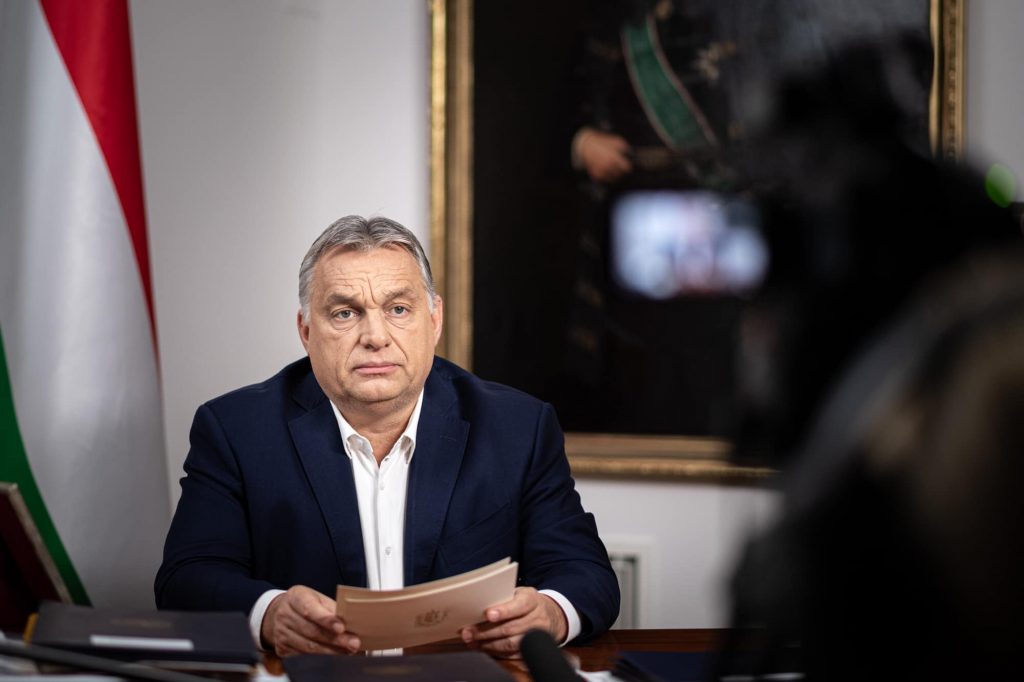 Countries must quickly purchase as many coronavirus vaccines as possible, regardless of whether they come from the East or the West, Prime Minister Viktor Orbán said in an interview to German news portal Focus Online on Monday. Asked about Hungary’s decision to buy Russia’s Sputnik V vaccine, Orbán said that in a pandemic, a politician’s […]
MTI-Hungary Today 2021.02.23.